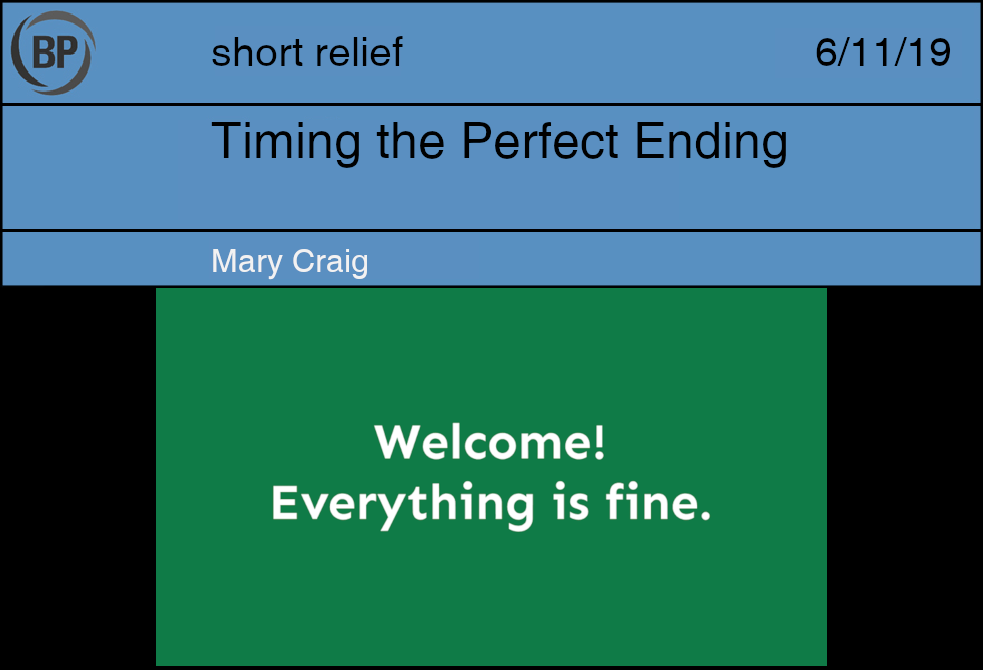 On Friday it was announced that The Good Place will end after its upcoming fourth season. Mike Schur, its creator, attributed this end to the natural conclusion of the story, which the writers had planned from the beginning. It’s incredibly rare for American television shows to reach such an end. Either they end prematurely, like Pushing Daisies or Freaks and Geeks, or get dragged along to the point where the foundation for the story disintegrates under the weight of its backstory, like How I Met Your Mother.

It’s understandable that so few shows have been able to conclude in the manner of The Good Place. We human beings seem to be predisposed to hate endings. We always want more even if we don’t know what form more should assume. We desperately ward away any sense of finitude that might cross our paths. Our phones are full of numbers of former romantic partners and long-gone friends because however impractical it is, we can’t bring ourselves to delete them. Tucked away in closets, garages, and basements are boxes full of grade school notes and assignments, random trinkets whose origin we can’t remember, and half-broken electronics we couldn’t be bothered to fix. It’s likely we’ll never look at most of this stuff again, but throwing it all away is a goodbye we’re never quite ready to say.

Many baseball careers follow this same path. Some end prematurely through forces out of their control. Others last far beyond what their level of skill should dictate, to the point at which it almost physically pains us to see them struggling on the field. We wish these players would understand the limits of their body and retire with dignity, but still we can’t ever picture what the game will be like without them. We spend months or seasons preparing to say goodbye to them, and though when the time eventually comes it mostly just feels weird.

It’s incredibly rare for a player to retire under his own power, while still able to perform well. It’s these instances that just feel right. We get to remember them as being nothing but good, absent the tinges of sadness and curiosity that accompany those who left too early and too late. These memories aren’t relegated to a dusty shoebox in the back corner of the closet. These memories sit prominently in our head, ready to be re-imagined with nothing but fondness. 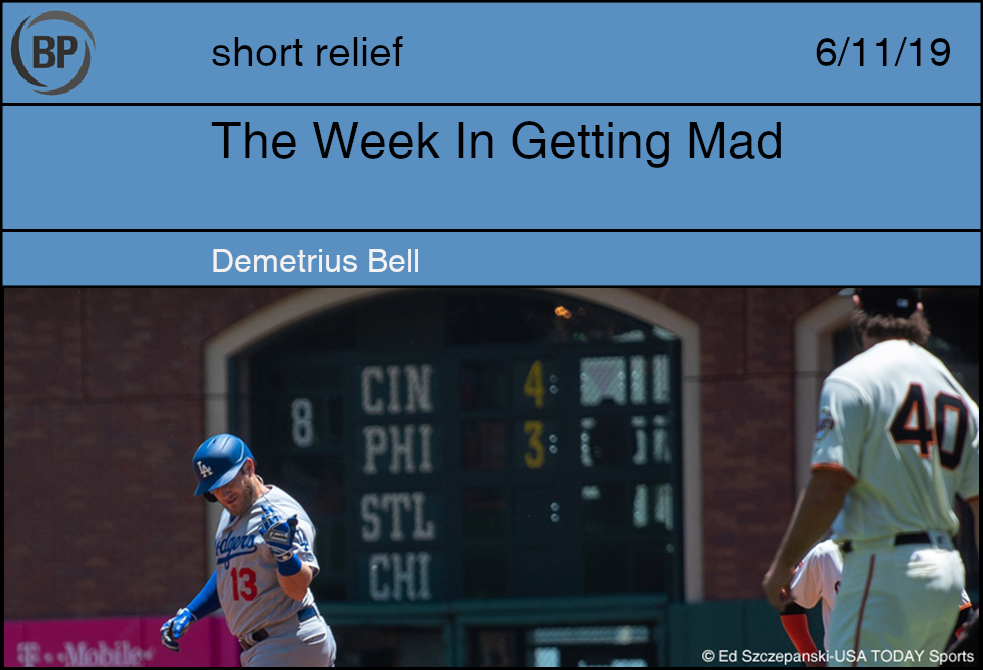 This past Sunday was one of my favorite days in baseball this season, and it also might have been one of my favorite days as a fan, ever. Aside from the Braves coming back from a ninth inning, 5-1 deficit to win in extra innings, this was also an awful day for people convinced that you should just put your head down and run the bases after hitting a home run. The attack was orchestrated on both the major league and college fronts, which meant that the enemy was overwhelmed and had no way to react effectively.

For starters, we got some good old-fashioned saltiness during the Dodgers-Giants series. This is a historical rivalry, so you’d expect there to be some flashpoints here or there.  Max Muncy hit a homer off of Madison Bumgarner into McCovey Cove for what ended up being the deciding run in a 1-0 victory for Los Angeles. Seeing a homer go flying into the Cove is a special event nowadays, so Max Muncy was well within his rights to admire the dinger. Again, this is a historical rivalry so the theatrics weren’t a shock. However, Bumgarner wanted Muncy to simply run the bases. He gestured to Muncy, and Muncy gestured back while dropping the trash-talking gem of the century on Bumgarner when he reportedly told him to “go get it out of the ocean.”

That solo homer ended up being the only run that Bumgarner gave up over seven innings, but let’s be honest here: There’s no coming back from that. Muncy sent him into the phantom zone with that one. Bumgarner tried to explain his feelings after the game, but there’s no way that you can recover from being told to go fetch another player’s home run ball from a body of water. It may have been over in the majors, but the college game had something in store as well.

Mississippi State was well on their way to clinching another berth in the College World Series and the atmosphere was a celebratory one as the ninth inning rolled around. Jake Magnum received an amazing ovation by reaching base in his final at-bat at Dudy Noble Field and now there were runners on the corners for Elijah MacNamee.  They’ve nicknamed him “Big Hit Mac” and he justified it by hitting a three-run shot that basically guaranteed the Bulldogs a spot in Omaha.

MacNamee was understandably emotional about what he’d just done and was taking a lot of time getting to first base. Once he finally got the trot underway, the first base umpire angrily gestured for the college amateur (who had just delivered the biggest hit of his baseball life) to stop being so emotional and get to stepping. MacNamee simply ignored the umpire and kept running towards his grateful teammates at home plate. That moment was great, just as the moment in San Francisco was great. This game is fun, and it’s great to see players acting like it.