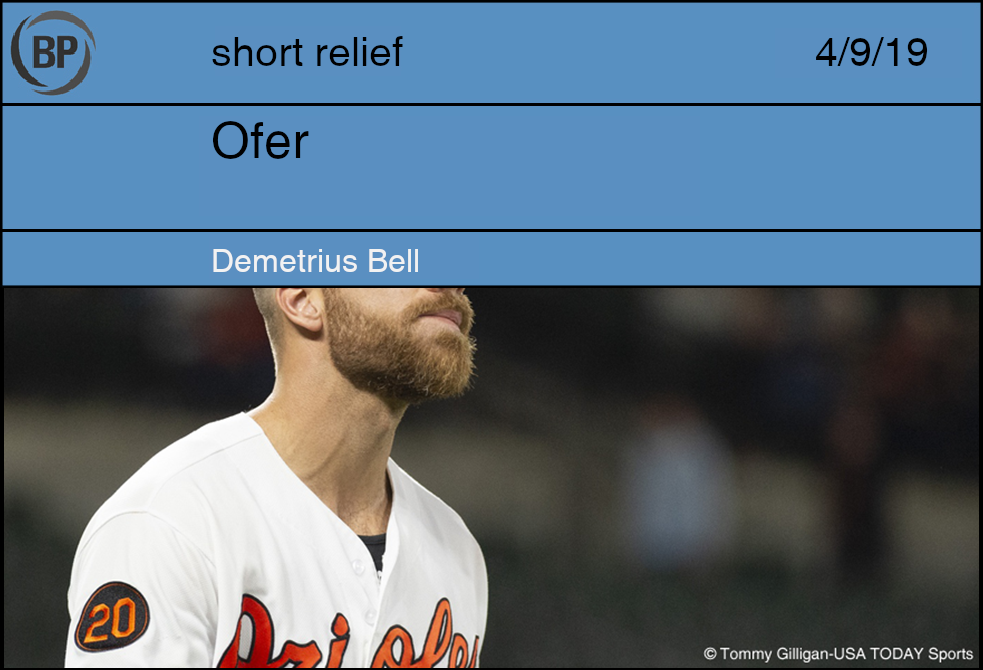 Last night, Orioles fans got to celebrate the rare occasion of seeing their favorite baseball team win a game. They did so in emphatic fashion, as they beat the A’s by eight runs. They even squeezed in a Little League home run and if you haven’t seen it, you should watch that highlight immediately because that is always a wonderful thing to see. It was a great night for Baltimore and a lot of people left the ballpark in a fantastic mood.

The happy number leaving the ballpark did not include Chris Davis. After Davis spent 2018 scuffling through one of the worst individual seasons for a position player in baseball history, it appears that the turn of the calendar has done nothing to help turn things around for him. We’re entering the third week of the season and the poor guy still doesn’t have a hit. He finished last night’s game with an 0-for-5 mark and made baseball history in the process. Eugenio Velez can sleep a little easier at night; his streak of 46 hitless at-bats has officially been surpassed by Chris Davis.

It’s an amazing mark of futility, and in the clearest evidence yet that baseball is a deeply weird sport, the sparse crowd at Camden Yards reportedly gave Chris Davis a round of applause once he broke the record. If this was any other sport, such an accomplishment would incur a level of wrath that would have you feeling even more sorry for Davis than you already were. Instead, the fans in Baltimore almost gave him a salute for continuing to keep at it while also playing at about as low of a level of Major League Baseball as you can get.

In a way, I get it. It’s an incredibly unique place to be in if you’re following the Orioles. You know that it’s highly unlikely that the O’s will be in the conversation for playoff baseball in 2019, so you get the weird pleasure of being able to watch inarguably the worst player in baseball playing for a team that figures to be one of the worst teams in baseball. They know that they’re in a monsoon of misfortune right now, but they’ve decided to dance in the rain instead of being miserable over their current lot in life.

Even though last night’s moment of futility was weirdly satisfying, you still have to figure that everybody is rooting for Chris Davis to snap out of this. There’s little evidence that he’s going to break out and return to the slugger that we saw in the prime of his career, but he can at least take solace in the fact that his OBP is currently above .000, and thus permanently above .000. That’s proof that even in the ugliest of situations, you should always keep fighting and it sure seems like the Orioles are going to give Chris Davis every chance to keep on fighting. 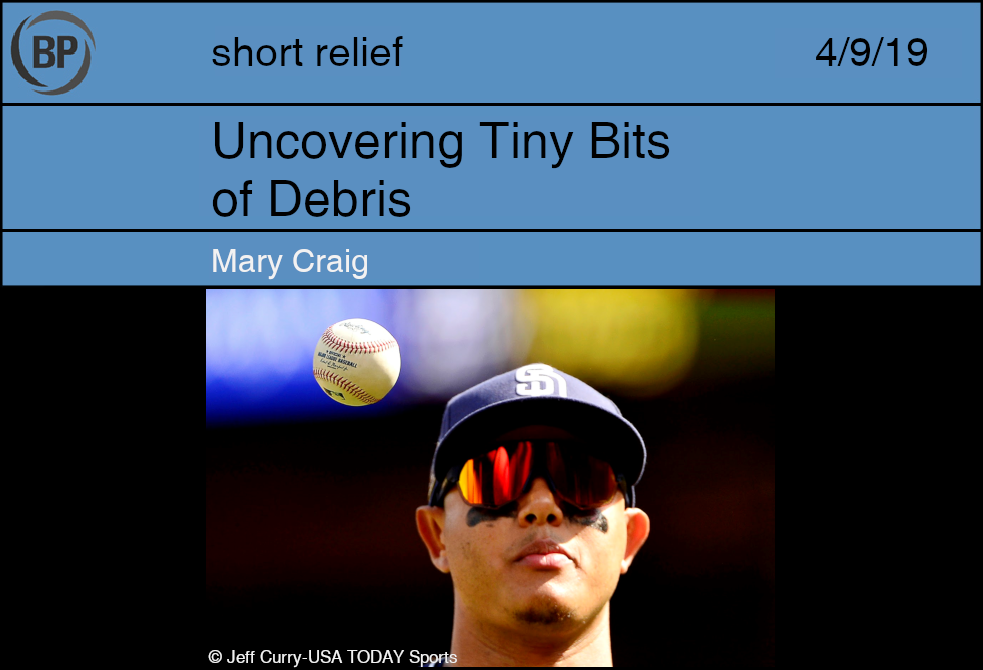 Dinosaurs became extinct roughly 66 million years ago. This past week, paleontologists in North Dakota uncovered tiny pieces of debris roughly 3,000 km from the landing place of the asteroid that hurtled into the earth, likely causing the extinction. Scientists have yet to fully piece together the significance of this debris, positing only that it traveled the distance in a few hours and strengthens the hypothesis that the asteroid was, indeed, the cause of extinction.

It’s unclear when Major League Baseball will become extinct. So far, it’s managed to survive through the Great Depression, two world wars, and countless work stoppages, in the process becoming synonymous with America itself. It’s hard to definitively say, then, that the evident decline of the American regime and the accompanying social and political shifts will spell the end of professional baseball in America. But these most recent reasons seem different even from 1890 or 1981 or 1994, and without swift change, the second hand will continue to tick toward midnight.

That MLB will eventually become extinct is all but guaranteed; what remains of the question is the nature of the debris left in its place. It probably won’t be as neat or obvious upon its discovery as those pieces of asteroid in North Dakota, because nothing human ever is. No, it will be a tangled mess of people and places and things documented in newspapers, blogs, and faint memories traced through generations of once-season ticket holders and those who could never afford to become them.

Books (if they exist as such) will be written on the subject, only to be refuted by other books citing new evidence, only to be refuted by more books, citing even newer evidence. Some who have studied American history and political theory will purport to know the answer, which is the same as the decline of all human things. Others will refuse to engage with the question, believing it of no consequence to themselves. Maybe the pieces of debris will be too tiny, too multitudinous, too spread out to be able to corroborate any theory.

It won’t take 66 million years for historians to begin to uncover these pieces, which is fitting because MLB certainly won’t exist for 127 million years. But it will take time and dedication and foresight on the part of we who exist at the same time as American professional baseball. Perhaps if we start looking for the asteroid now, we can help those in the future travel the 3,000 kilometers a little bit faster.

You need to be logged in to comment. Login or Subscribe
Cameron eadie
Davis and the Orioles engage in the dance of life. Demetrius was there and took me along. Asteroids crashing to earth, fans screaming and Pillar scaling the outfield wall , glove abandoned . Mary gives a short history of the inevitable.
Reply to Cameron