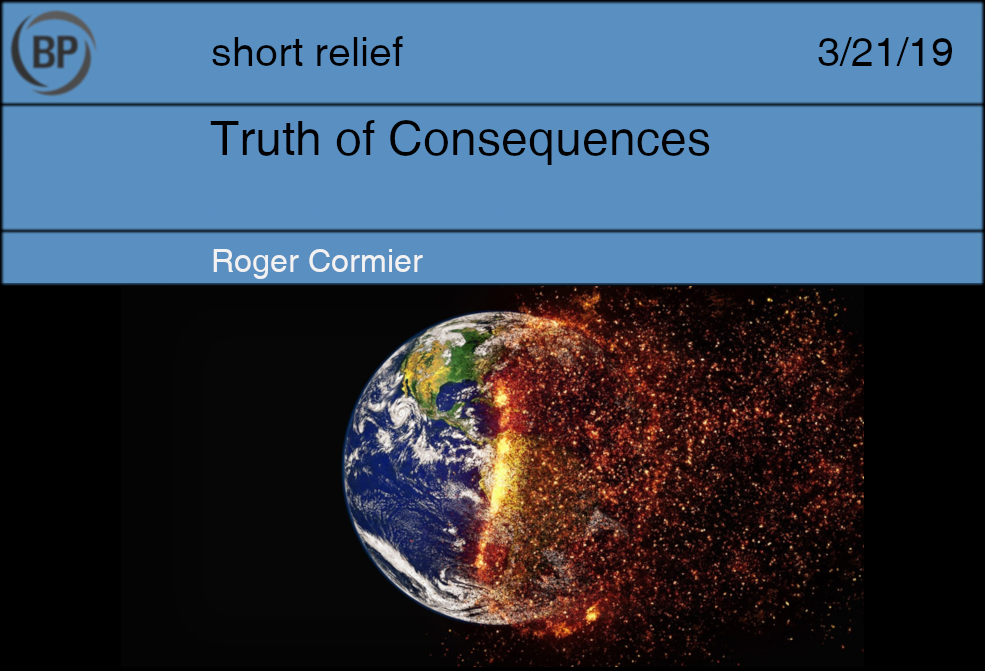 Baseball has changed again without asking. They do not know what they have done, but they are about to find out.

Time is needed for us to decompress; to consider what was just shown. When the robot umpires come, the viewers will still be human, so this lack of respect for the alleged too little number of people who have already been watching will be considered the insult that it is.

And what will Camping World insist upon in return for fewer commercials during the playoffs? Just because Camping World bought their way into our subconscious does not mean we know what is in their hearts.

There are also bladder considerations.

All-Star Game fan voting will have a “primary round” like the All-Star voting of old, then an “Election Day” in which the top three vote-getters at each position in each league will be voted on by fans to determine the All-Star starters.

The United States tends to get ripped in two as the result of Election Days, if recent events are any indication.

Elimination of the waiver trade deadline. Only the July 31 deadline.

August is the cruelest month, no matter what T.S. Eliot wrote or how badly he misspelled ‘cruelest’. After June and July, there comes dumb, languid August: never leaving the couch, eating all the food in the fridge, insulting us with its oppressive heat, making half of us wonder what we did to deserve this for a third consecutive month, the other half reminded the “awesome” beach weather will soon end. When teams fall out of the playoff race in August, when the pythagorean records catch up to the pretenders playing over their heads, they do it in a fittingly drawn out, plodding manner, a death by papercuts, as inspiring as a deceased tortoise. When teams creep up in the standings it’s equally as leaden, only exciting in retrospect and scored by a song Imagine Dragons has spent their career trying to rip off. The August 31 waiver deadline at least injected the news streams with tales of who cleared waivers, which teams claimed which players, explanations on how somehow every remotely helpful player cleared waivers, and sometimes: trades. Justin Verlander with two seconds to spare for the love of all that is holy.

$1 million will be awarded to the winner of the Home Run Derby.

I remember when players participated for the love of dingers alone. No good can come from love being taken away.

The maximum number of mound visits per team will be reduced from six to five per game.

The mound visit maximum is on pace to climb down to zero by 2023. Batters are getting all the love and attention and million dollar prizes and the right to converse with their teammates. Pitchers are told they are unworthy of human interaction, via press release. Pitchers are people too, and people need people. What’s next? Moving the mound back so pitchers are further away from their catchers, their best friends in an endlessly stressful situation? 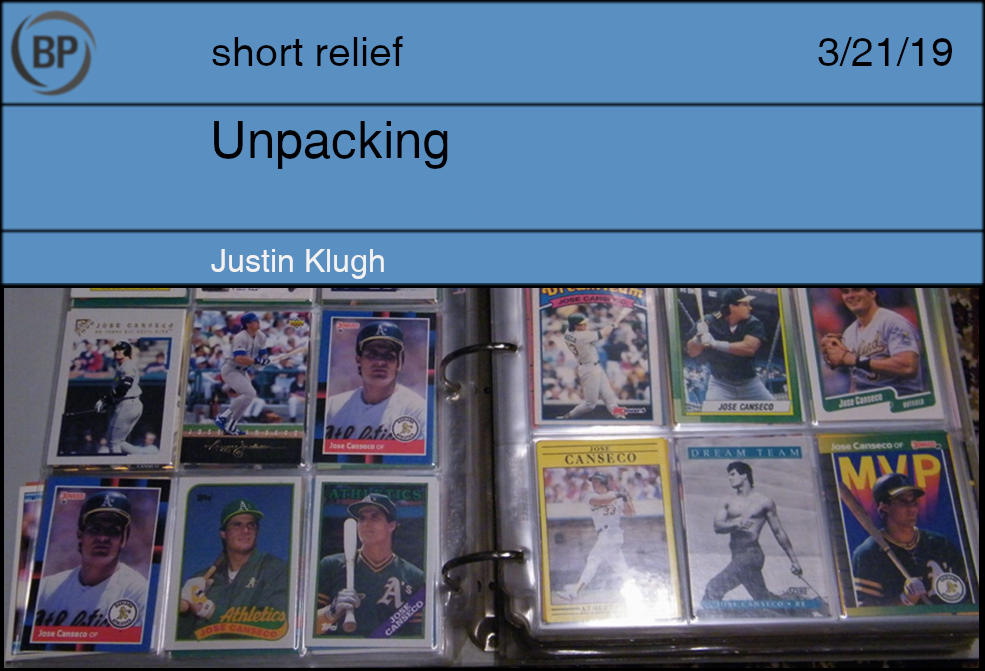 Recently, I was pulled into the age-old practice of emptying a box of my old stuff during a visit home. My stuff is largely baseball cards and memorabilia, except for the printed-out pages of rebellious, sarcastically-written school essays on which teachers simply wrote “enjoyed having you in class!” I don’t know what I expected them to write. “Powerful words on how the world really works, Justin! I never would have thought that you, a 15-year-old who will fail his driver’s permit test four times, would have so much to teach me!”

I heaved out a heavy binder containing several holidays worth of baseball cards. “SPORTSCARDS” it read across the front, as though we had all agreed one crazy summer to combine those two words into one, then sheepishly changed it back after the sugar high had worn off. The word(s) were flanked by a cluttered background of sports equipment. This binder refused to commit to a single sport, telling you that you could fill its pages with clear plastic sheet after clear plastic sheet of sports figures, frozen in a deeply athletic moment or smiling at something off-camera, depending on the era. The Bruce Ruffins and Bret Barberies within were tantalizing in their glory, tiny, rectangular glory.

I placed it aside and turned to some of the photos. One album I flipped open and discovered a sequence of memories of the first baseball road trip I ever took. In my early teens, my grandparents put me and my cousin in the back seat of their car and we motored from Central Pennsylvania to Wrigley Field, New Comiskey, Comerica Park, and PNC Park in about two weeks. In between, they kept us fed and took us through museums, all while we posed in photographs, hopelessly awkward, lanky, and experimenting with wearing our ball caps backwards (anything goes out on the road).

As I scoffed and squinted at my past self, it dawned on me that without this trip, and others spearheaded by my grandparents, I’d be without the foundation of my baseball experience. I’d still have hundreds of trips to Citizens Bank Park and a few pilgrimages to Camden Yards, sure; but thanks to this road trip, the spring training vacation they took me on a few years before, and the countless mornings in a Bob Evans booth between games, my understanding of and interest in the sport had expanded rapidly. My grandfather explained to me the rules of getting to your seat in a crowded section, how to get the mascot to come over to you, and how many footlong hot dogs a man can order before a concerned vendor says he needs to “sell some to the other sections, too.”

Like a lot of grandpas I know, Grandpa’s not here anymore. Seeing his handwritten signature on old birthday cards also crammed into the boxes made me pause and get stuck in a moment of surreal existentialism, as though the indentations his pen made on the card somehow ensured that a part of him would last forever. But nothing does. Not baseball season, not grandparents, definitely not people who regularly eat multiple footlong hot dogs in one sitting.

I enjoyed when he would teach me things. And I know he enjoyed having me in class, at a time when–understandably–so few teachers did. I was his grandson, and he celebrated that fact alone. Sometimes I wish I could have been better at sports for him. But at least he didn’t have to read my essays.

I gave the photo album of historic ballparks, scenic cityscapes, and adolescent smirking in Aeropostale to my mother to show my cousin when she sees him at his child’s first birthday party in a few weeks. I can’t make it. I’ll be at a game.