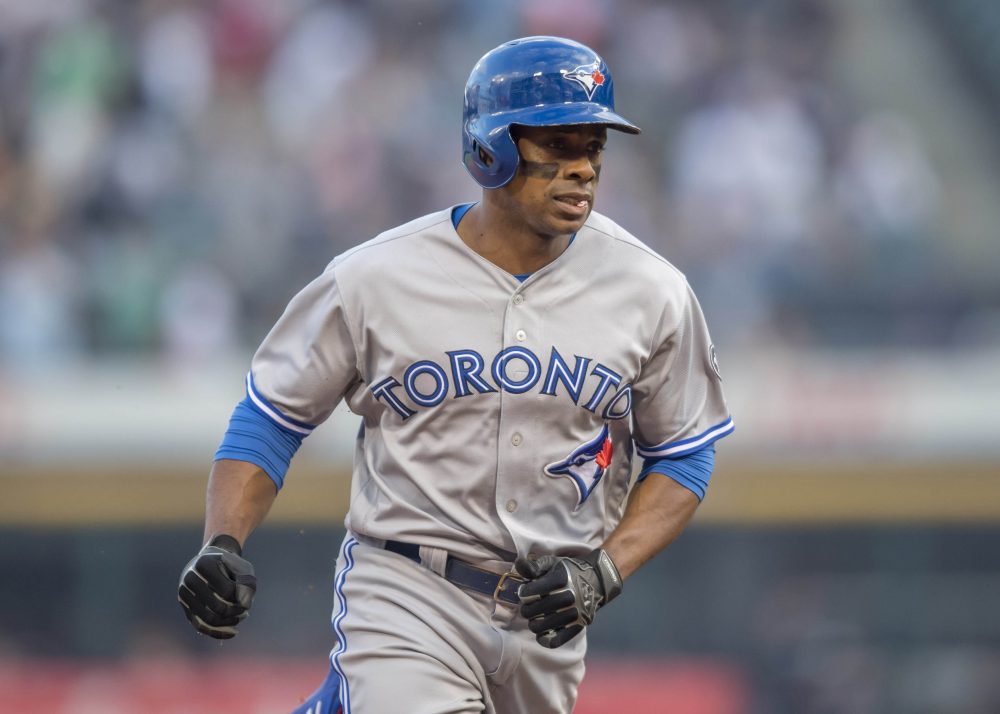 He’s not as good as he used to be. But that’s not a knock, because he had years where he was one of the best players in the game. He can’t really play center field anymore, although he’ll go out there and try if you ask, and he’s graded out slightly below average in the corners by FRAA for the past few years. He was once one of the faster players and best baserunners around, and now he’s an average runner and no longer a stolen base threat.

What Granderson still does well is one of the most important things in baseball: He consistently hits right-handed pitching. His .247/.355/.444 split in 2018 against righties was his worst mark in the past four seasons, and still comfortably above league-average production. He’s been a force against the starboard side dating back to the George W. Bush administration, and remains one today.

He just might be the best off-the-field presence in the game, too. He’s the only three-time winner ever of the MLBPA’s Marvin Miller Man of the Year Award, voted on by fellow players to honor the player “most respected based on his leadership on the field and in the community,” winning it again just last season. He also won MLB’s Roberto Clemente Award in 2016, awarded by a panel of league officials, media and fans to the player who “best exemplifies the game of baseball, sportsmanship, community involvement and the individual’s contribution to his team.” One of the few things the MLB and MLBPA can agree on, in fact, is how awesome Granderson is. They keep giving him their highest honors.

Just one month of regular-season baseball ago, at the August waiver trade deadline, the Brewers traded outfield prospect Demi Orimoloye to Toronto to obtain Granderson’s services for the pennant chase and playoffs. We didn’t write Orimoloye for this year’s Blue Jays list, and frankly he’s probably never going to hit enough for the Brewers to miss, but he is a real prospect with mildly interesting upside.

The market told us not that long ago that Granderson was worth something, and he played well in a reserve role for the Brewers after being acquired. Better, in fact, than he played for the Blue Jays. Now the market tells us that Granderson is actually worth nothing, only capable of getting a non-roster invite with a team still stripping itself of useful assets. What does that tell us about the real underlying market forces at play?

Nobody is crying for Granderson personally here. He’s already had a great career. He’s made more than $100 million playing this game, and done so with unusual joy. He’s wealthy enough that he’s donated many of his millions to charitable endeavors. He is very likely to make the Marlins, and there’s more than enough room in their outfield for him to play most of the time against righties. He’ll probably get traded to a contender in July or August for the third straight year.

Whether the Marlins pay him a non-guaranteed $1.75 million or a guaranteed $5 million this year is, in a vacuum, likely of minimal consequence to Granderson personally and the baseball world at large. He’s going to show up at the ballpark, put his work in with a smile, and sign more autographs and take more selfies than any other star in the game. He’s going to be Curtis Granderson in all his glory, one of the best ambassadors the game has ever had. The Marlins could certainly use a little more of that. Every team could.

The problem is that the extra money that isn’t going to Granderson won’t be redistributed to Juan Soto or Gleyber Torres, players who returned tens of millions of dollars of “surplus value” and likely will continue to do so for several more years while making near the league minimum. The money isn’t going to Vladimir Guerrero Jr., who will very likely be kept in the minors to open the season even though he might already be one of the best hitters on the planet, just to make sure that he gets a smaller piece of the pie no matter how good he is down the road. It isn’t going to Oregon State catcher Adley Rutschman, who will sign a contract this summer for a small fraction of what he’d get on the open market because MLB introduced usurious penalties to teams going overslot on aggregate in any given draft class. It isn’t going to top Dominican shortstop Robert Puason, stuck in an international free agency market where he agreed to a deal to lock in his slice of a zero-sum bonus money pool and had that deal voided, all before his 15th birthday.

It certainly isn’t going back to fans, facing never-ending price increases in everything from their cable bills to tickets to beers to parking to hot dogs. It isn’t even going to Bryce Harper or Manny Machado, the guys who were supposed to get it, who linger on the market as their peers start to report to Florida and Arizona. When you combine the money Granderson isn’t getting with the millions that dozens of other free agents aren’t getting, it starts adding up to real money, and that money has to be going somewhere, right?

Here’s where it’s going: Non-baseball interests on the ownership side. It’s going to debt service for teams that were bought over-leveraged on the promise of wildly increasing television carriage fees. It’s going as pure profit to owners that bought teams without caring about sports, because they were such a good business investment. It’s going to luxury yachts for owners. It’s going to large bonuses for executives that can slash expenses and increase revenues without regard to whether they can win games.

The product on the field is in danger of becoming secondary. There are an awful lot of teams, including a lot of contenders, who could use a guy to take 400 outfield plate appearances against righties that project to be pretty good. Granderson would help almost every bench in baseball as a reserve outfielder, really all of them if you include his clubhouse virtues. And yet here we are, talking about his NRI deal to a team where winning in the 2019 season is completely irrelevant to their franchise’s interests.

We all deserve better. As fans, we deserve an entertainment product where 30 owners of the 30 teams are doing their very best to win a World Series soon. Curtis Granderson deserves a guaranteed contract to try to cap his illustrious career with the ring that has thus far barely eluded him. Minor leaguers deserve a living wage and basic benefits. Young major leaguers deserve salaries more befitting their contributions. And nobody is getting it—except the owners, taking a bigger and bigger piece of the pie, simply because they can.