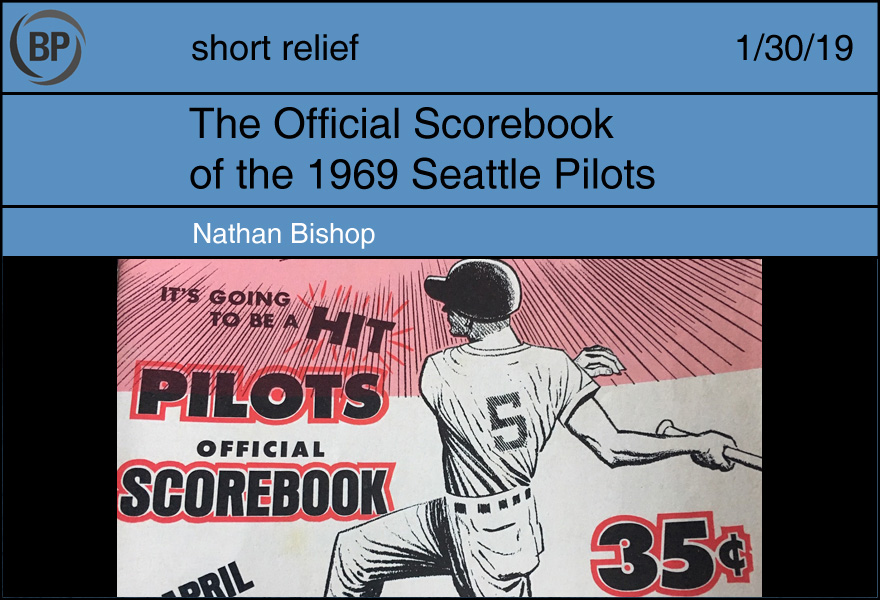 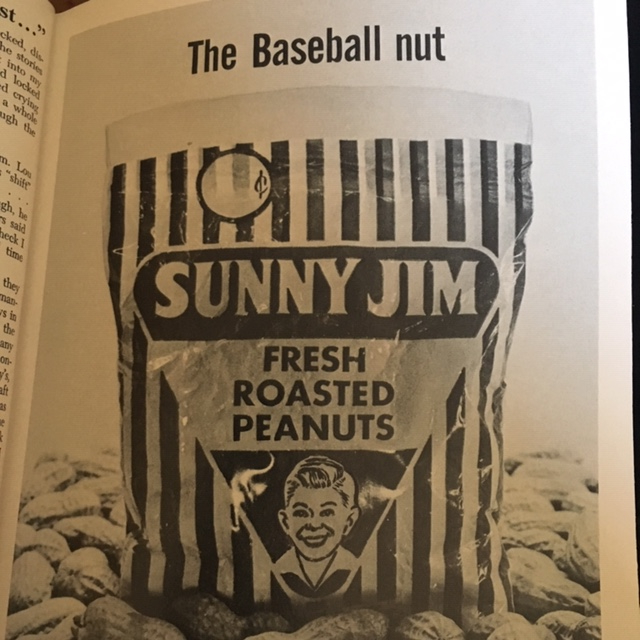 In modern online baseball discourse one trait serves, more than any other, to convey the aura of a Voice of Authority. More than embracing modern statistical and analytical trends, more than an infallible belief in one’s expertise in leftist politics and complex economic theory, more than loving Bartolo Colon, it is The Pun that stand above all else. Here we see that The Pun is not a new trend, but heritage from the times of our forefathers, and every bit as hilarious then as it is now. 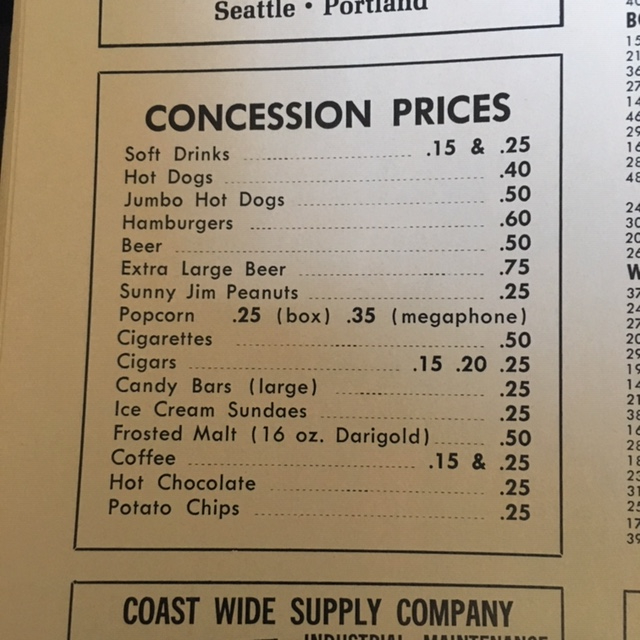 You have questions, and that’s only natural. How “extra large” is that beer, really? How good is that large candy bar that it’s worth as much as Sicks Stadium’s finest cigar? Did that megaphone that comes with the 35-cent popcorn really work, and if so how quickly did that in combination with $2 worth of beer prove to be a spectacularly poor marketing decision? Did they offer any non-dairy malts, or gluten-free hot dog buns? 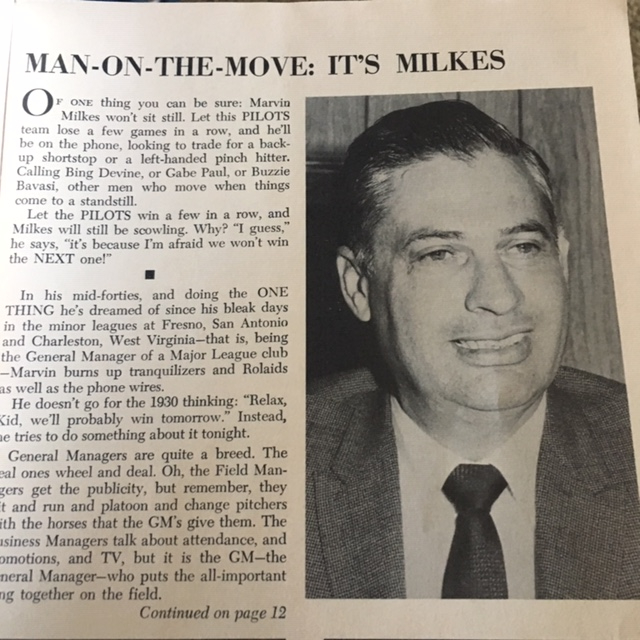 This article about Pilots General Manager Marvin Milkes proudly proclaims that the executive “doesn’t go for the 1930 thinking: Relax, Kid. We’ll probably win tomorrow.” There are a few reasons for this and chiefly among them is that, being no fool, Marvin Milkes definitely knew the Seattle Pilots were probably not going to win tomorrow. As an aside, while the article does not confirm it explicitly, it is believed this photograph is indeed evidence of Milkes’ first attempt at smiling. 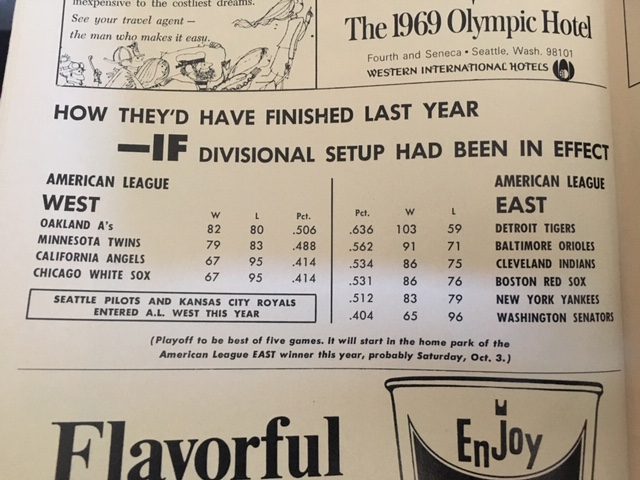 With 1969 being the first season to feature East/West divisions, and baseball’s first expanded playoff format, someone in marketing with the Pilots came up with the idea to show the alternate reality standings for 1968. In addition to this simply being a good idea, one that this author has no quips, barbs, or jokes to pepper with, it is amusing to consider the reaction had baseball’s first ALCS featured an Oakland A’s team with fewer wins than four teams that did not make the playoffs. 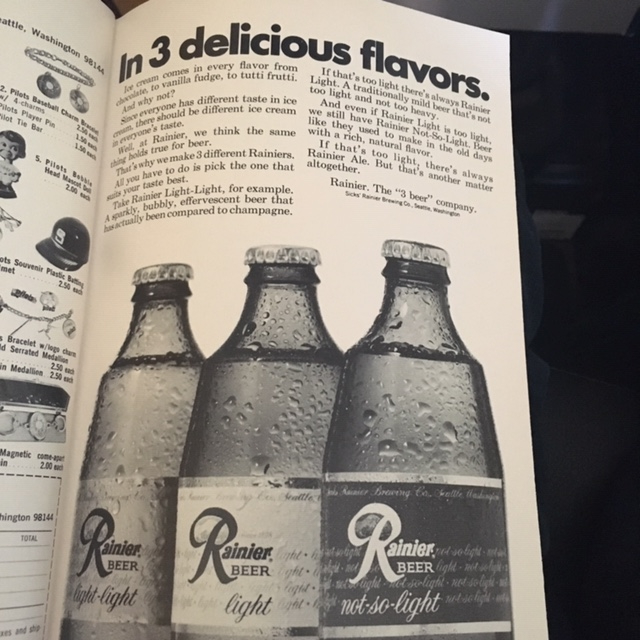 Occasionally I remember, here in this, the Age of Beer, that for a long time the beverage’s main marketing gimmicks were “it’s cold”, “it tastes like water but it’s better than that”, and, uh, “it’s like a wild animal?” Here we find traditional-northwest-beer-turned-hipster-mainstay Rainier gleefully and proudly advertising it’s rootinest, tootinest, most hardcore, drop-you-to-the-mat label as “not-so-light”. Boy I’ll tell you what I’ll have two thank you very much.

If only the Pilots attendance could have said the same, perhaps history would have been a bit different. 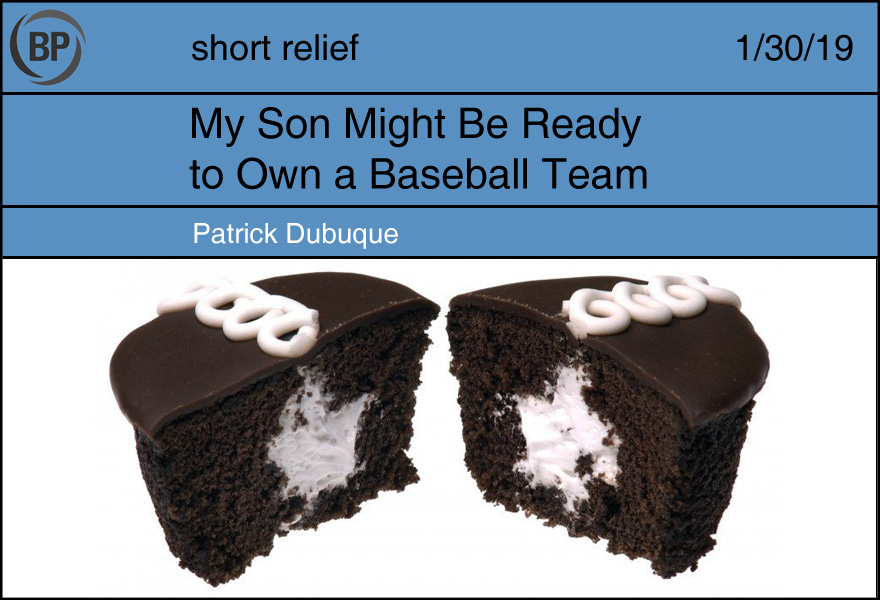 I have two children, ages five and three. My homelife is in perpetual conflict. Both children are still of the age where their entire value-detection system is based not on the happiness an object brings them, but entirely on how much the other sibling wants it. Though they love each other very much, they often struggle, and often fail, to find solutions for this economic system.

We ask them to think of alternative forms of entertainment, which is no different from asking them to change their very nature. We try distracting them with alternatives: “Wouldn’t you rather read a book with Dad?” No, because that’s what you want. We tried buying identical pairs of things, but by eliminating demand, this also eliminates value, rendering both toys undesirable. Of course, as parents, we try to get them to negotiate by using their words, but the boy is three. Words are for for making digestive system allusions and dinosaur noises. So we often resort to that ultimate symbol of failure, taking turns through the use of a timer, until they grow bored and look for something new to fight about.

I read somewhere about a new form of conflict resolution and was excited to go home and try it. I presented (after a healthy meal, naturally) a cupcake and a plastic knife, and instructed the older child: “You may split this cupcake however you like. But after you do, your brother gets to choose which piece he gets.” She’s a smart girl; she figured out the game pretty quickly, and cut the cupcake as close to evenly as her developing motor skills allowed. Then we presented the pieces to the boy.

My son looked at his options, reflected, and reached for both halves of the cake. 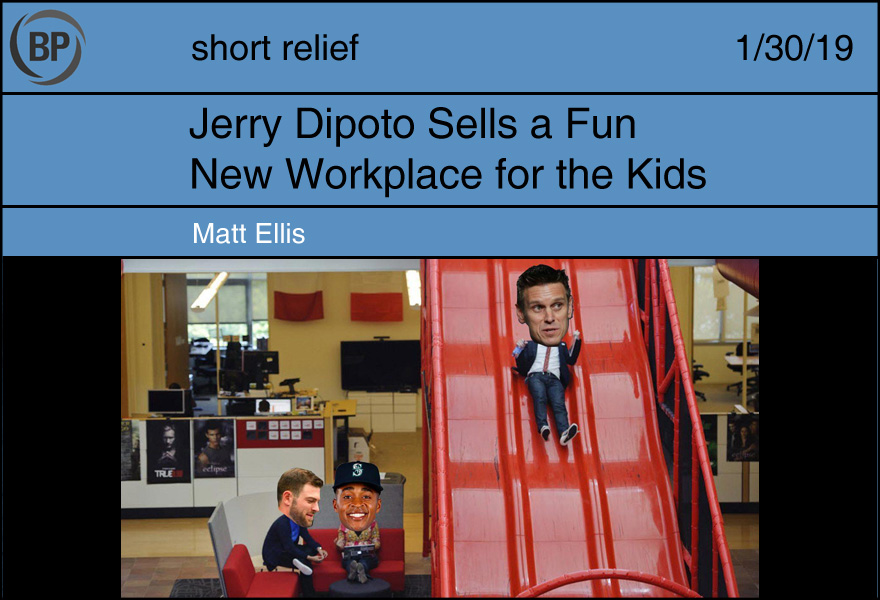 Hey dudes! So pumped to have you here in what I really think is going to be an exciting new venture. What’s that? No, absolutely not–this is by no means a derivative project. This is the forward-looking, transformative, epochal-defining drive to innovate the market. So many have said that stability is good, that making mediocre gains will embolden our company to take the next step. To them I say, was Rome built in a day? Our plan is to build something new, something that our parents generation could never imagine. What’s that?

Yes, absolutely there is free coffee. Any time you want coffee–hell, bring your dogs to the office. I know that you go home, feel bad, perhaps sad. You want to hang out with little Sophie and pet her but you can’t because you’re at work. Well, guess what? This place isn’t work. This is a spot where we can all spend time together and maximize our productivity towards the future we all imagined when we were kids, reading science fiction and imagining the world to come.

Also–work? This isn’t work. This is family. If you ever need me, I’ll be over here in the corner. Ever seen a guy throw a pair of shoes?

Well you have now. Also please don’t ask me about a raise, you vultures don’t deserve it.