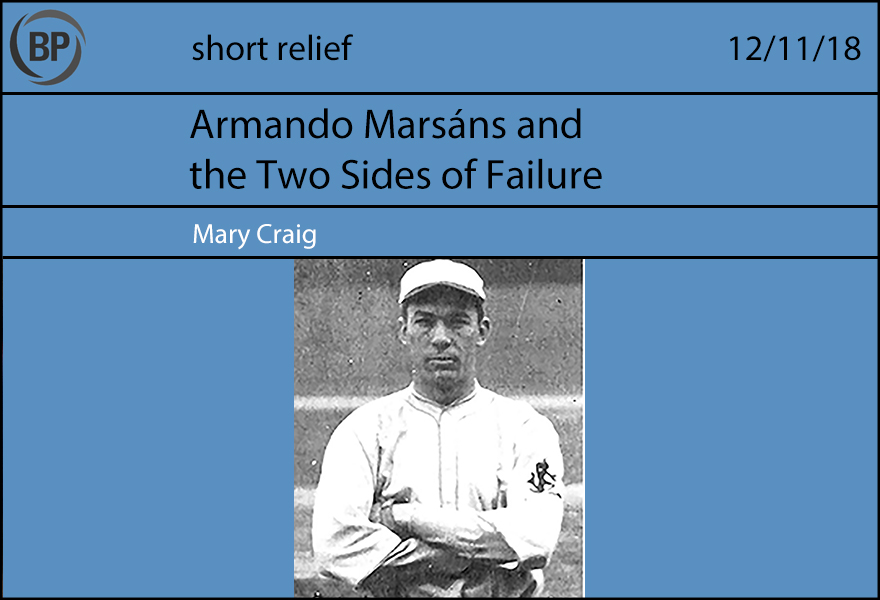 On June 22nd, 1914, just nine games into his career with the St. Louis Terriers, Armando Marsáns woke up to the news that he was no longer able to play professional baseball. He suffered from no illness or injury but rather something more sinister. Several days prior, August Herrmann, owner of the Cincinnati Reds and chairman of the National Baseball Commission, filed a lawsuit against Marsáns, claiming his “property” had been damaged when Marsáns moved from the National League to the newly formed Federal League. The court, then, filed an injunction against Marsáns, banning him from playing baseball until 1917.

The case dragged through the long summer days, each one culminating in a new accusation against Marsáns and the Federal League. Marsáns, already making more per month than any player in professional baseball history, was greedy; the Federal League, a corrupting force, was determined to ruin Major League Baseball; Marsáns, volatile and petty, wanted revenge on Herrmann. The National League was the victim. It was simply trying to provide America with entertainment when the Federal League bullies began destroying the national sport for their own gain.

Meanwhile, Marsáns returned to his native Havana where he awaited news of the injunction. On August 19th, the court ruled that the injunction was only binding for the 1914 season as Marsáns had only signed a one-year contract with Cincinnati. Nonetheless, the lawsuit persisted, and the National Baseball Commission asserted it would ban any player who played with or against Marsáns. Thus, Marsáns was stuck in Cuba playing winter league ball under a pseudonym while National League clubs propositioned the Terriers for his sale.

The days, weeks, then months passed, and Marsáns remained in Cuba, a member of the first and only team who had treated him as a human being ought to be treated. Finally, in August, a federal judge ruled that Marsáns was allowed to return to baseball. He played out the rest of the season with the Terriers, fighting for his place in the sport as the Federal League itself crumbled around him.

The purchase of Federal League players by MLB teams sent Marsáns first to the St. Louis Cardinals and then to the New York Yankees. But after missing the majority of two seasons, Marsáns was a shell of the player who rose from Cuba to the Negro Leagues and then to the National League. His major league career ended in 1918 when he returned to Havana to care for his ailing mother while sportswriters concocted stories of a fiery, temperamental player who abandoned his team as he had done in 1914 and 1915.

As the Federal League mounted its case against the NL and AL’s reserve clause and antitrust exemption, Marsáns joined the Cuban Stars for various stints, returning to his original path to American baseball. Months after the Supreme Court upheld the reserve clause and the antitrust exemption which had ended Marsáns’ major league career, he left the Cuban Stars, unceremoniously ending his playing career, this time of his own accord. He then attempted his hand at managing, joining the Elmira Colonels. But it took only a couple of months for the team’s president to release a statement asserting that Marsáns “was dismissed because he failed.”

In the American history of the game, Marsáns was nothing but a failure. He failed to control his temper, he failed to fulfill his obligation to the Reds, and he failed to recognize the inevitability of the Federal League’s collapse

But in Cuba, the story is different. In Cuba, Marsáns is a baseball legend for all that he accomplished in American baseball and in Cuban baseball. In Cuba, the only failing belongs to the system which made it impossible for Marsáns to be anything but a piece of property to be bought and sold at will. 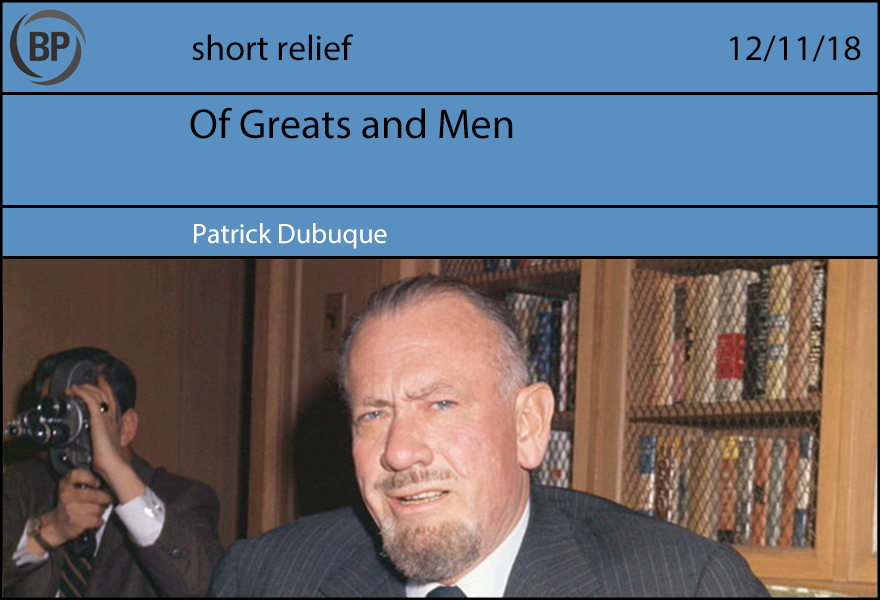 In 1962, the Nobel Prize committee awarded its honor for literature on the American author John Steinbeck, for his novel, The Winter of Our Discontent. It was not a popular choice, not even, as documents revealed after fifty years in the vault, among the committee themselves. It turned out that he was a compromise candidate between Robert Graves (too historical) and Lawrence Durrell (too sexy). The New York Times published an editorial wondering why the medal was being handed to a man whose “limited talent is, in his best books, watered down by tenth-rate philosophizing.” Others have treated him as a step on the way to Hemingway, dooming him to secondary schools everywhere. Steinbeck himself, when asked whether he deserved the award, answered, “Frankly, no.”

That it’s probably unfair to equate Steinbeck’s career with that of Harold Baines (Grapes of Wrath gave the author at least one MVP award, and another top-five finish with East of Eden) only accentuates how puzzling the latter’s inclusion into the Hall of Fame feels. The Nobels, at least, are forced to pick somebody each year. But now we have this talented man, a man defined throughout his career as better than the disappointment often applied to him (as a first-overall pick, as the face of a young White Sox team) who now enjoys the fate of being not great, but the worst of something.

I like Steinbeck. He’s not the best author out there: he doesn’t challenge in the way that Faulkner does, or wield the style and grace of Nabokov. The worlds he created were small, the stories simple and direct. But they are stories, and they do transport, and the brief sojourns he brings you on to Cannery Row or Tortilla Flat are fine campfire tale, thoughtful and compassionate. They’re a joy, even if they may not, technically, be Great. And this is the problem with awards and memorials like the Hall of Fame: they create a false dichotomy, centered around achievement, with only a binary outcome of deserving or undeserving. There’s more to baseball, and literature, and parenting and community than just greatness.

Steinbeck never really recovered from this pinnacle of his career, and the backlash he received on behalf of the actions of others. In the same vein: Harold Baines deserves better than to be a Hall of Famer. 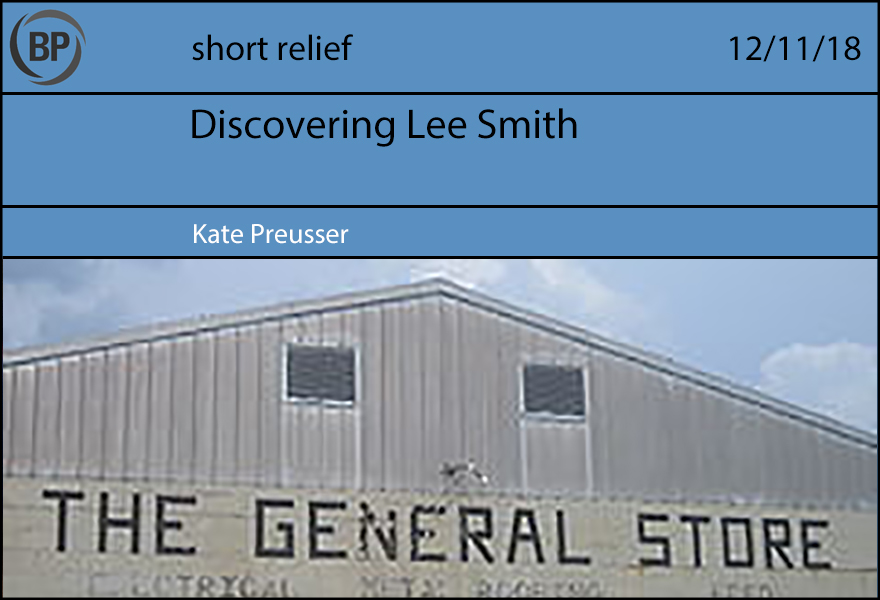 The controversial election of Harold Baines to the Hall of Fame has, somewhat unfairly, shunted Lee Smith’s election off to the side. After a few days of scrolling Twitter I can easily recite Baines’s career stats from memory, usually presented in incredulity among the names of other players; I profess no interest in this debate, only a desire to, amidst the brouhaha over Baines’ induction, do Lee Smith his due diligence.

Lee Smith is from Bienville Parish, Louisiana, high in the northwest corner of the state, one of the smaller of Louisiana’s 60-odd parishes (named in the French colonial style, which are based around houses of worship rather than geographical borders) at 822 square miles. Smith was born in Jamestown, a village in the parish of about 150 people, and raised in the comparative bustling metropolitan of Castor, a village of about two hundred people, and fewer in Smith’s day. Castor is so small that the Wikipedia article for the village reads like being given a tour of the local history museum by a particularly chatty long-term resident; of the Sullivan Smith family, lost in a tornado in the ‘50s, we learn that “the homestead was wiped clean except for a bucket on the water well, which remained undisturbed.”

During the Civil War, Castor supplied salt to the Confederacy from a local salt works built around a local salt spring, of which a turn-of-the-century geologic survey sniffs, “furnishes a very weak brine.” Castor was positioned to again provide natural resources to the country in 2007 with the discovery of the Haynesville Shale, a large deposit of natural gas, but an industrial accident has damaged the site, currently rendering it unusable, and stalling out the population of Castor in the low hundreds.

Chesapeake Energy, headquartered in Oklahoma City, makes it their business to discover new energy sources before anyone else. So too did Buck O’Neil, the legendary scout, player, and manager. O’Neil was in the backcountry to see Cliff Blue, Vida Blue’s nephew, when he happened upon the six-foot six-inch Lee Smith and saw a future power pitcher years before the game would shift to focus on flame-throwing relievers. O’Neil charmed Smith away from Castor School, serving K-12 with a student-teacher ratio of 11:1; and more importantly, away from basketball, which he had committed to play at Northwestern State. Smith wasn’t always happy about it; when he got demoted to the bullpen, suffering the old reliever’s dilemma of plus velocity and minus control, he considered walking away from the game entirely. That’s the thing about being discovered: it’s a unilateral direction, from finder to found. No one asked the Haynesville Shale if it wanted to be discovered.

Hearing of Smith’s unhappiness, Buck O’Neil—partly out of concern for his fellow man, partly out of a desire to protect his discovery—intervened. In August of 1979, he and Cubs legend Billy Williams (himself a Hall of Famer) paid a visit to Smith at his home and promised him that relievers were about to play a much bigger role in today’s game. Stick with it, kid, and you’ll be a star. Smith agreed, and went on to a standout career as a reliever. He’s now been rewarded for saying yes all those years ago with a spot of his own in baseball’s hallowed ground. And so for a few more years, at least, Lee Smith will remain Castor, Louisiana’s most valuable export.