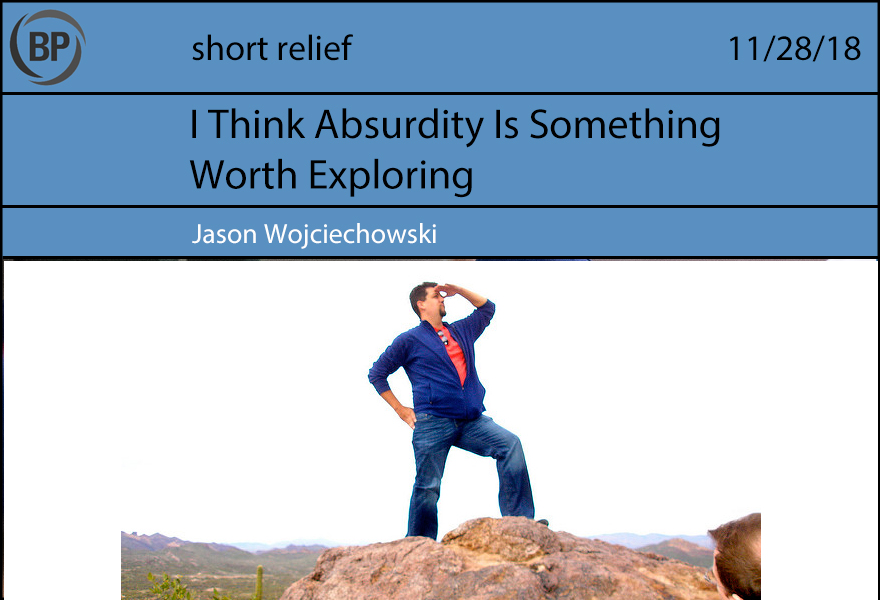 Matt Klentak: “But if we can keep the rotation as good as it is or make it better and also add balance to our pitching staff, I think that’s something worth exploring. I don’t know if we’ll actually do that, but I know that we will explore it.”

Matt Klen: “But if we can keep the salad as good as it is or make it better and also add tomatoes to our salad, I think that’s something worth exploring. I don’t know if we’ll actually do that, but I know that we will explore it.”

Matt K.: “But if we can keep the family as good as it is or make it better and also add cats to our family, I think that’s something worth exploring. At the pound. I don’t know if we’ll actually go to the pound, but I know that we will explore where the pound is on cyberspace, such as on Facebook.”

Matt: “But if we can keep the house as good as it is or make it better and also add a bedroom over the garage, I think that’s something worth exploring. We’ll call some contractors. I don’t know if we’ll actually build the bedroom, but I know that we will talk to some contractors and get some estimates.”

M.: “But if I can keep my life as good as it is or make it better and also add enlightenment, I think that’s something worth exploring. I’ll go on vision quests, engage in copious use of substances of dubious legality. I don’t know if I’ll actually achieve enlightenment. It’s really hard. It’s difficult stuff, for sure. But damn it to hell, I do know that I’m going to explore it.” 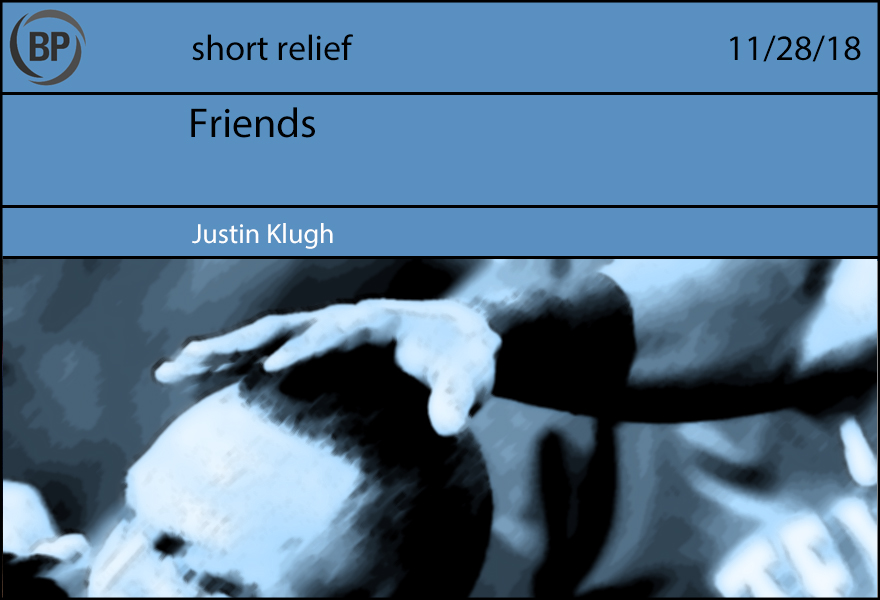 It’s tough to put yourself in a professional ballplayer’s shoes, given the talent and coordination and financial gap between them and us, but their human moments on the field give us the chance to smile, nod, and think, “…we’re not so different.”

Adrian Beltre and Elvis Andrus gave us so many moments like this: breaks from baseball’s tepid slogs and eye-rolling piety. They reminded us that these are humans wearing those uniforms, and sometimes, those humans were feeling a little squirrely or ornery. That pro ball players could be, occasionally, a couple of real gigglepusses out there. Friendships between players who aren’t horrible people are fun to watch, and make us feel good about baseball, between revelations of its bulldozing ignorance.

There was a time when we were once promised a baseball friendship that would define an age. Shirtless and young, Derek Jeter and Alex Rodriguez were the megastar shortstops of a generation, and better yet, they were friends. Best friends. Sexy best friends. And we yearned to hear of their adventures.

Like the time when A-Rod tried to bait Jeter to come to New York City with the offer of dinner and the chance to meet Cindy Crawford. Jeter had, naturally, shown up to watch a pick-up basketball game A-Rod was playing in at a gym in Miami. The game had ended after the third fist fight had broken out–without A-Rod throwing a punch, Sports Illustrated assures us. The two of them lingered, considering their next moves; just a couple of cool millionaires, daring each other to go out and get caught by the paparazzi while making half-court shots. Jeter, unencumbered by A-Rod’s temptations, nailed one on his way out the door.

You poke your friends, you prod your friends. You flirt with them and move their stuff. Andrus and Beltre were fun to watch because they remind us of the times we’ve spent at work, mocking, antagonizing, and throwing stuff at each other. A-Rod and Jeter live on a different planet. They’ll never be normal people.

With Beltre retiring, there’s a catalog of videos to look back on, showing he and his infield buddy being utter maniacs together. To enjoy them, we don’t have to insert ourselves into stories about rich people daring each other to do rich people things. And Andrus and Beltre don’t have a sad final chapter in which one of them enviously lamented about the other in the media, which is of course how A-Rod found himself ejected from Jeter’s inner circle forever. It was the only way their friendship was destined to end.

Twenty years later, Jeter was still “beside himself angry” after having to give a video interview with A-Rod sitting next to him. Meanwhile, Beltre’s Hall of Fame bust will probably have Andrus’ hand on his head. In a sport in which we cheer for bench-clearing brawls and debate the merits of the players hurting each other on purpose, it was nice to get reminders from the left side of the Rangers infield that all of this, on and off the field, really is just a silly game. 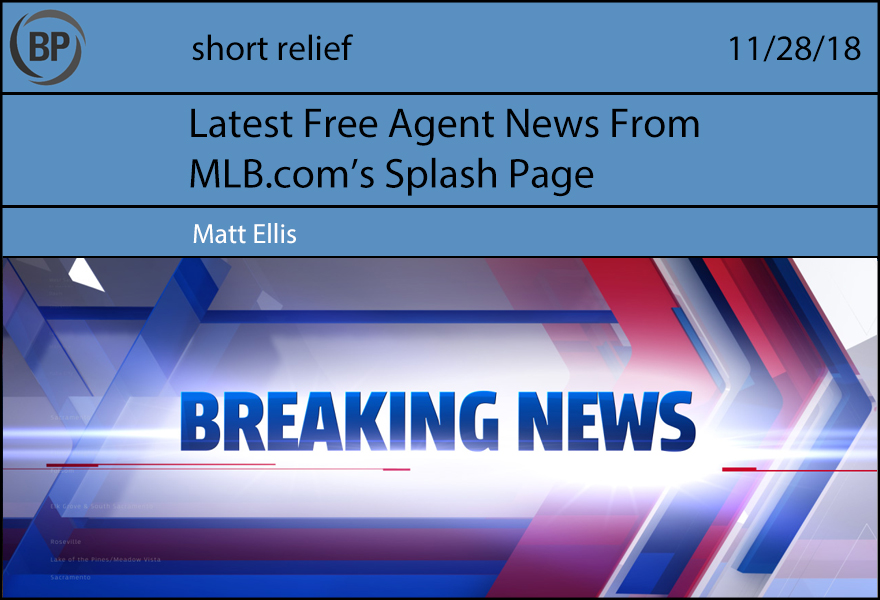 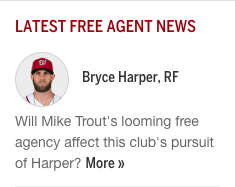 With news that Bryce Harper was about to sign a ten-year, $400 million dollar contract with This Club, the baseball world was rocked by the news that Mike Trout will, somehow, shockingly, enter free agency after the 2020 season. Although Orioles general manager Mike Elias repeatedly reminded his fellow executives that this information was publicly available on websites such as mlb.com and murraychass.com, the report nevertheless sent shockwaves throughout the league, depressing an already tepid free agent market with the realization that owners were on the books to keep spending money in the future for some reason. By press time, Harper is reported to be nearing a ten-year, $380 million dollar contract with That Club. 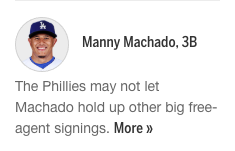 Dan Lozano filed a grievance against the Philadelphia Phillies on Tuesday after Phillies GM Matt Klentak reportedly abducted free agent Manny Machado from his Los Angeles condominium after believing he had orchestrated a league-wide collusion effort through the MLBPA to hold up big free-agent signings. Upon being quietly reminded of That Thing We Talked About Last Year by Mariners CEO John Stanton, Klentak freed Machado with an apology before holding a press conference to announce the Phillies’ 2019 rotation was set, as they “only have so many innings to go around.” 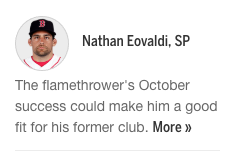 On the second hour of WEEI’s Kirk and Callahan Show, Gerry Callahan called for the firing of Red Sox GM Dave Dombrowski over reports he had signed a military officer carrying an incendiary device to round out the Sox’ 2019 rotation. While callers first did their best to remind him that ‘flamethrower’ is a nickname for a pitcher able to throw with relatively high velocity, Callahan immediately shut down the phone lines before reminding viewers that this was why they can’t trust the mainstream media’s lies.