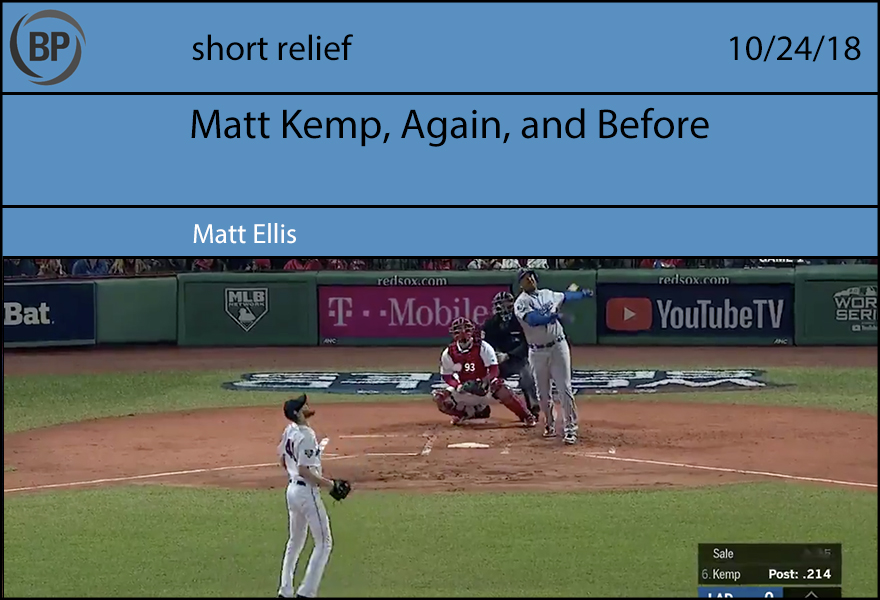 Eight of the top ten grossing films of 2017 were sequels, remakes, or prequels. The same can be said for 2016, and again in only slightly decreasing numbers the deeper you trace backwards through the new millenium. Ours is the era of the remake, the rehash, the repeat. It is almost as if the future itself has been cancelled: this is not to say that anything new can’t still happen, but rather it seems as if we can’t imagine the new, see it on our screens, or represent it in our culture. We watch as the world brings a new set of horrors every day, and then we retreat to the next episode of the same show in our imagination, hoping we can find out that the story can still turn out differently somehow, as if it isn’t over yet. But it might be over, the decision might have been made already. Despite these very real changes, as the late Mark Fisher argues, “there’s an increasing sense that culture has lost the ability to grasp and articulate the present. Or, it could be that, in one very important sense, there is no present to grasp and articulate any more.”

The Los Angeles Dodgers are playing the Boston Red Sox in the World Series for the first time since 1916. This matchup seems to feel both simultaneously old and new, as if our memory of the “last time” contains not recorded events which actually took place in history, but rather a general sense of history-ness: Brooklyn, Babe Ruth, maybe Doris Kearns Goodwin was there watching as a young woman. A black and white photo, a “One Hundred and Two Years” statement for broadcasters to hyperbolize when necessary.

In one sense this matchup seems to fit nicely with Fisher’s bleak outlook for our ability to conceive of the new. Even that which is “new,” in a sense, must be made old to start with, promising us that a version of it came before so as to assure us that nothing too disruptive will happen in culture. We already have enough of that in politics. 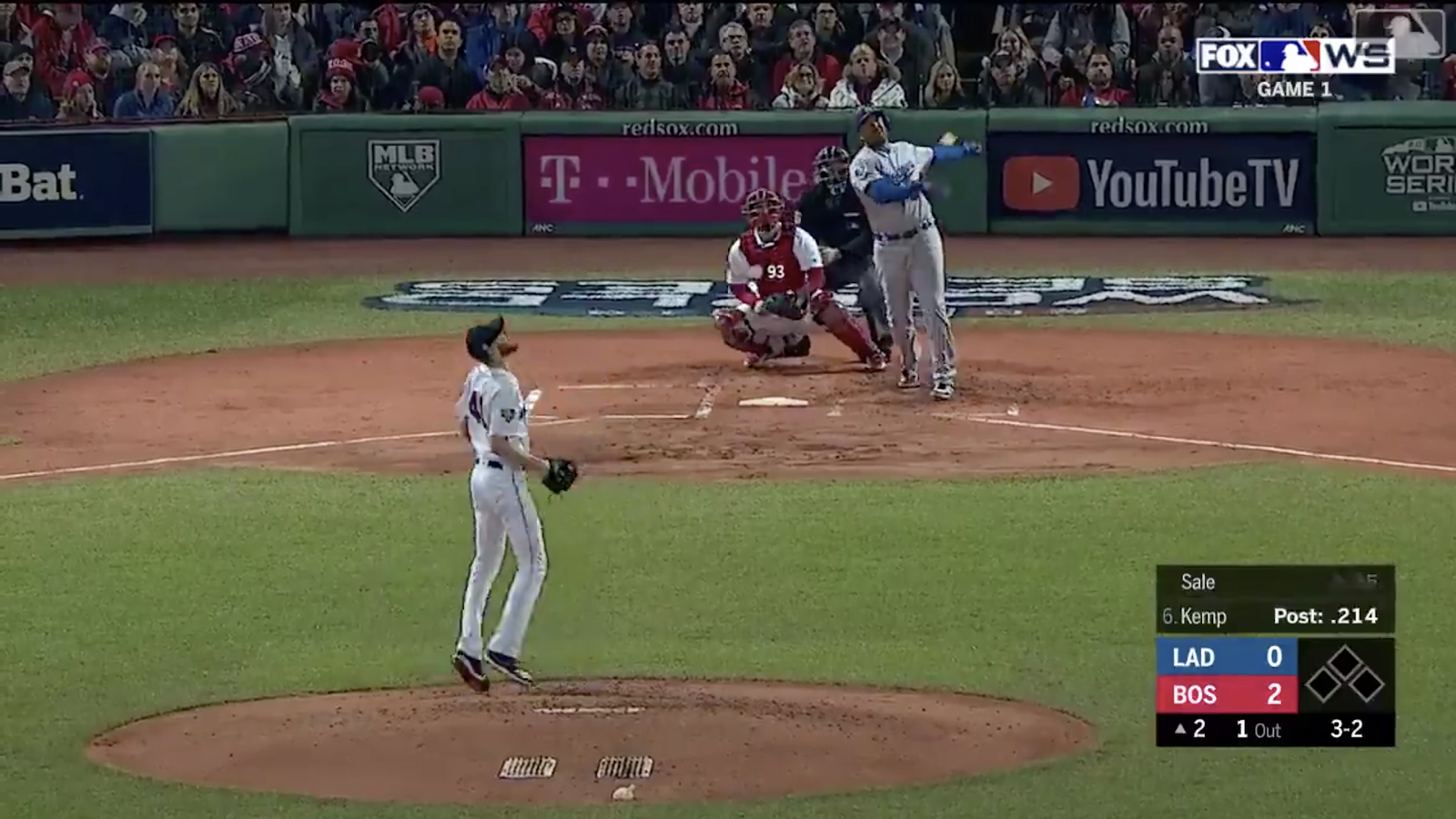 But in the top of the second inning of last night’s World Series Game One, Matt Kemp stood in Fenway Park’s batter’s box and hit an absolutely mammoth home run that sailed handily over the top of the Green Monster. He took to the bases and stared down, and then up again and then out over the centerfield wall as if to remind himself of where he actually was, and he didn’t smile as much as move the corners of his mouth a little. His uniform, reading Dodgers, bounced with his shoulders. Eventually, he made it back to home plate and he did his little celebration thing before pointing up to the sky, and then made his way back into the Dodgers’ dugout, having put his team within a run in the middle of an important playoff game.

The last time we saw Kemp in such a setting, Christopher Nolan’s The Dark Knight cleaned up handily at the box office, proving to studio executives that comic book franchises were fruitful sites to mine for future earnings. Soon, the Federal Reserve would purchase $800 million dollars worth of mortgage-backed securities in an attempt to shore up interest rates during a global financial crisis, but not before a United States presidential election would dramatically reshape the history of the nation. If we must recycle the past, I suppose we could do worse than Matt Kemp getting another chance to take a crack at what he missed the first time around. 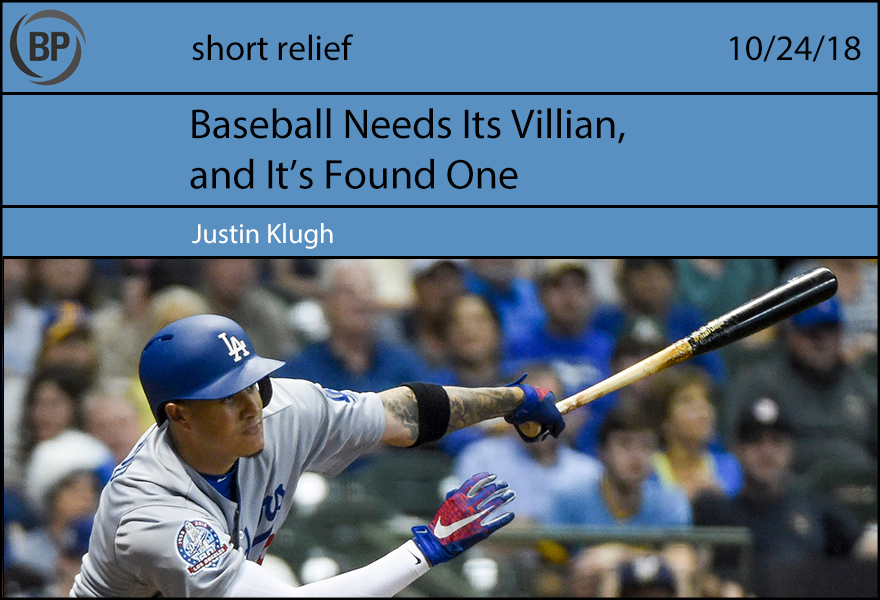 As fall arrives each year, it begins the season of death, when the earth slowly kills off its plant life, sends mammals scurrying into their burrows, and imprisons us all in our homes for several months. One of its first casualties is typically of our fantasies of a weird World Series matchup, something we’ve never seen before, maybe a pair of contenders who weren’t supposed to be there and survived the postseason bracket using some weird new scheme soon to be on magazine covers nationwide.

The A’s, Brewers, and Rockies are all dead now and, as is the case in nature, we’re left with the most dominant life forms in the Dodgers and Red Sox.

Two storied, big market franchises who built their teams by way of young talent developed in their farm systems as well as acquisitions that paid off in a big way. The Dodgers lagged a bit to start the year before driving past the NL West, and the Red Sox through it into cruise control early on their way to 108 wins. There is probably an examination to be written on the intricacies of these two mountainous division-crushers’ playoff berths; perhaps a treatise on the casual dominance of a Red Sox squad bursting with star power or an in-depth look at the power of believing in yourself after you go 11-14 in April.

But there is only one narrative that led into the World Series:

World Series media day, held in a high school cafeteria surrounded by worked-up teens, naturally featured the issue of Manny Machado, because that’s what Machado has made himself: An issue.

Following an NLCS full of inaccurate slides, flagrant crotch-grabbing, and childish kicking–the Unholy Trinity of baseball crimes–Machado has made himself the beating heart of drama moving into the World Series. Add to his increasingly noticed tantrums the fact that he has a personal history of violence against the Red Sox, having slid uncomfortably into Dustin Pedroia in April 2017, an act that led to the traditional reactions traditions of wronged New Englanders: the chanting of “Ynnam Odahcam” into a broken mirror while breaking a saltine over a bubbling chowder cauldron aggressive booing and the assumption that he is a serial killer.

The media tastes blood, and has been shoving microphones into the faces of any nearby Red Sox, a disturbing glint their eyes, hoping for some sort of promise for violence. But neither team is biting. Machado is clearly the villain of this series, but nobody wants to talk about it, including Machado.

Sure, these are all terrific excerpts from the public relations guidebook that we can only assume has an anthropomorphic ball and a bat shaking hands on the cover, pretending that they are not natural, mortal enemies. But baseball needs its villain. And it found one.

Machado’s not waiting for a contender to pick him up from Baltimore anymore. He’s on the national stage, where everyone can see him, and boy did we see him. He’s going to do something in this World Series, and FOX will have eight cameras trained on him when he does. And this is not a condemnation of the coverage, it’s a nod in agreement. Because if baseball’s biggest desire is to draw in younger eyes, then it doesn’t need (or just need) to introduce a sexy new system of clocks, it needs the one thing that no one can look away from: ridiculous drama between grown-ass people.

That’s on Machado now. He’s A.J. Pierzynski running across the pitcher’s mound, he’s Chase Utley mistaking Ruben Tejada for the second base bag, he’s Alex Rodriguez slapping the ball out of Bronson Arroyo’s glove, he’s Justin Turner hiding a mouse in his beard to throw at a defender at just the right moment. These villains, real or imagined, keep us engaged, thrilled, and most importantly to baseball, tuned in.

Baseball needs its bad blood. And it’s going to bleed. 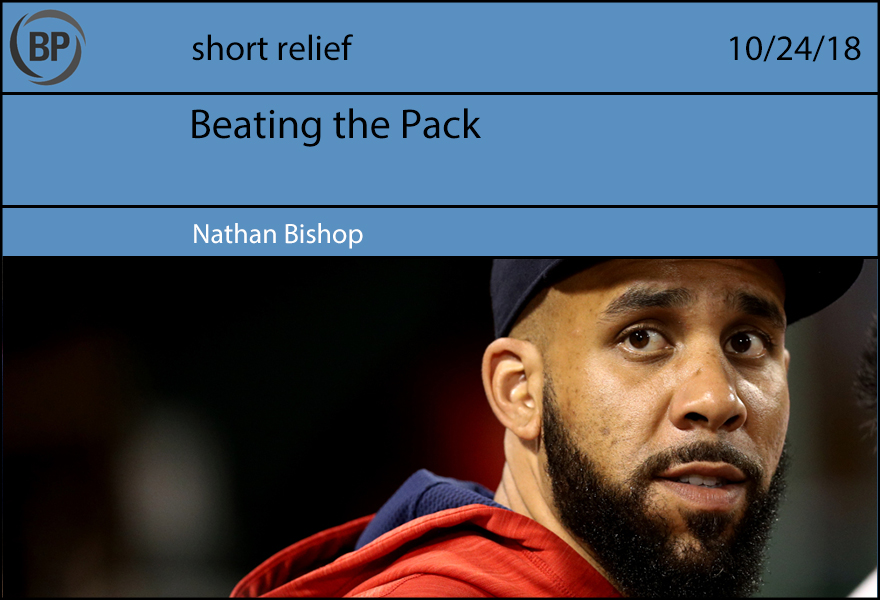 Baseball is a game best understood through the study of immensely large samples of data, and best enjoyed by not thinking about any of that while enjoying the universe of possibility present within every pitch, swing, and moment. As I enter into the opening stanzas of middle-age I find the enjoyment of moments increasingly more difficult to experience. Perhaps a byproduct of trying to exist in our age require us simply to live in too many moments simultaneously. There is always a broken faucet here, waiting emails there, a 10:00 appointment, an 11:30 call, lunch, an emergency meeting at 1:00,  the thought of some pivotal decision made a year ago, a decade ago, the thought of of the world awaiting our children, picking up the children, an appointment at 4:00, and so on. It all feels like a pack of wolves. I’m always running, but they are on my trail. One day I’ll slow down. They will not.

I did not watch a second of the World Series game last night. Like the majority of the 2018 baseball season, it was something I was interested in but forced to skip; another bit of recreation and temporary peace hastened past as I fled that pack of moments. The sport of baseball is something I have loved passionately since before I could speak, and now that I have the words and the audience I find myself without the passion. This is, as people in such poorly timed circumstances often observe, life.

It’s the ease with which our lives and dreams can be so misaligned that makes me most wonder at the players on the Red Sox and Dodgers. For seven months a year they all but hermetically seal their lives away, carefully packing any thought or care about family, the geopolitical state of the world, health, finance, or other concerns, and play a game. They do so, every day, with a group of 30-40 people they do not choose to be with, but must choose to live with. They succeed through the deployment of immense physical gifts manically cultivated to achieve almost unimaginable financial success, yes, but also by building a mental fortress able to withstand the onslaught of all the moments. All the places they’ve been, will be, or, most potentially maddeningly, could be, are seemingly left harmlessly howling and gnashing at the walls, unable to do any harm. They have faced the wolves, and conquered the pack. I’d look on enviously, but can’t seem to find the time. I’ve got a call to make.