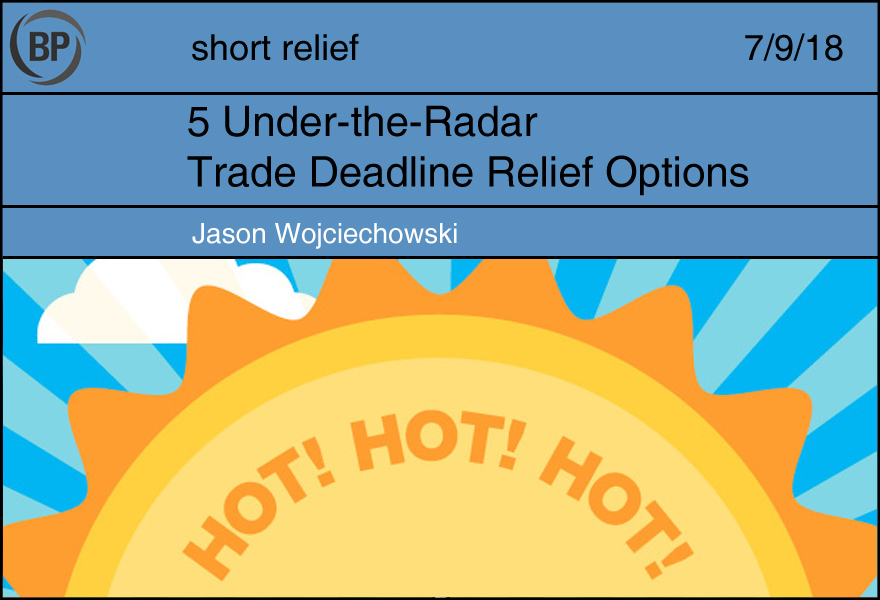 That’s right, folks, July 31 promises to be a scorcher. Your old standbys (standsby?) like water, lemonade, and sport drinks may not be enough. Try these five under-the-radar options for relief: 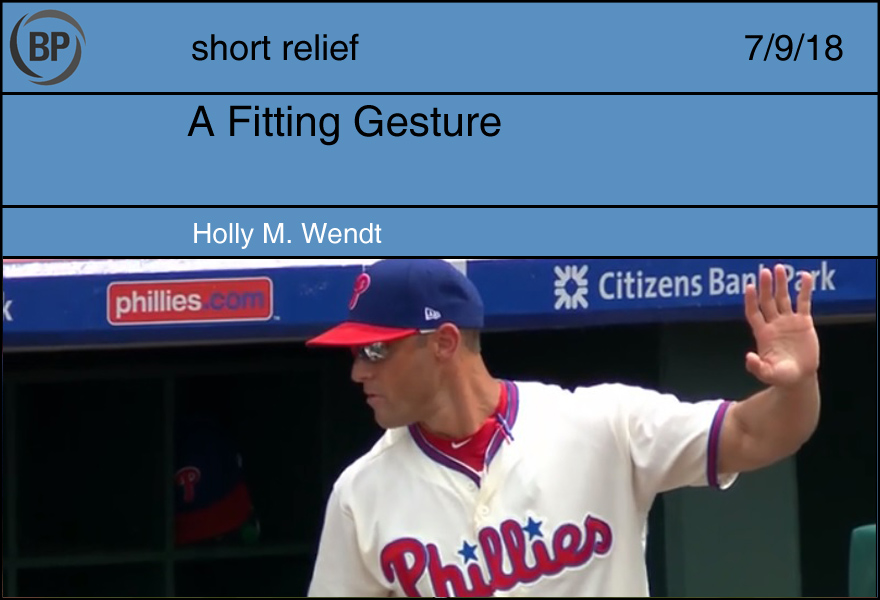 Much has already been said about replay in Major League Baseball—how it is conducted, how it affects the game, the timing and the technical resources and so on—but the process of signaling for a review is also worth consideration. The act of requesting a review at present appears to include two disparate stages: the deciding and the request. The deciding encourages a certain pose: the manager stands near the top step, head turned and eyes fixed on the coaching staff member charged with communicating to the team’s replay booth while the rest of the body’s attitude inclines toward the umpiring corps, a hand—often the left—extended, fingers spread, a stay. The gesture lies somewhere between a school-zone crossing guard’s firmness and Eurydice at the edge of Hades. Unlike poor Eurydice, a manager may gain better fortune in looking back, rather than ahead.

Philadelphia Phillies manager Gabe Kapler’s outstretched hand has something Vader-esque in its shape and tension. Kapler, the MLB manager most likely to crush you in arm-wrestling but also least likely to take you up on the offer of such a contest because that’s simply not in the spirit of what he’s trying to do here, seems to grip time itself.

In the actual act of request, some managers will cup their hands over their ears, miming not Princess Leia’s hair but the umpires’ headsets, to trigger the panopticon in New York to conduct the review. More often, the initiation of the request is simply some kind of affirmative: a nod, a beckon, actual words. This is distinctly different from challenges in the NFL, wherein head coaches get to throw the red challenge flag, equivalent of the yellow penalty-markers tossed by referees.

Baseball, however, has no such indicators, nor does it have cards, as soccer does; there is no significant system of signaling apparatus beyond an umpire’s gestures, which are themselves far fewer than those deployed in football, basketball, and hockey. So what more emphatic and uniform signals might be used in MLB replay without adding new gimcracks and bagatelle to the game?

Sunflower seeds: Toss two handfuls to delay, three handfuls—simultaneous, not consecutive—to confirm the review request. The advantage here is that no new apparatus is required; every bench in baseball has a ready supply of sunflower seeds. A drawback is that, depending on surrounding events (review on a home run or a play at the plate), sunflower seeds may already be in the air for celebration purposes.

Miniature bat flip: Best suited for emphatic replay requests, the flipping of the miniature bat could also offer a pleasing measure for a manager’s immediate surety in the challenge. Feeling like an umpire really biffed the call? Get some Jose Bautista distance on that flip.

Cotton-candy batons: This may require an assist from the stadium concessionaires, but two paper batons of candy floss held, overhead, in an X formation, would be appropriately visible. If the manager wishes to proceed with the review, that would be best signified by passing one baton to the umpiring crew. This way, both parties have sustenance during the occasionally protracted review process. 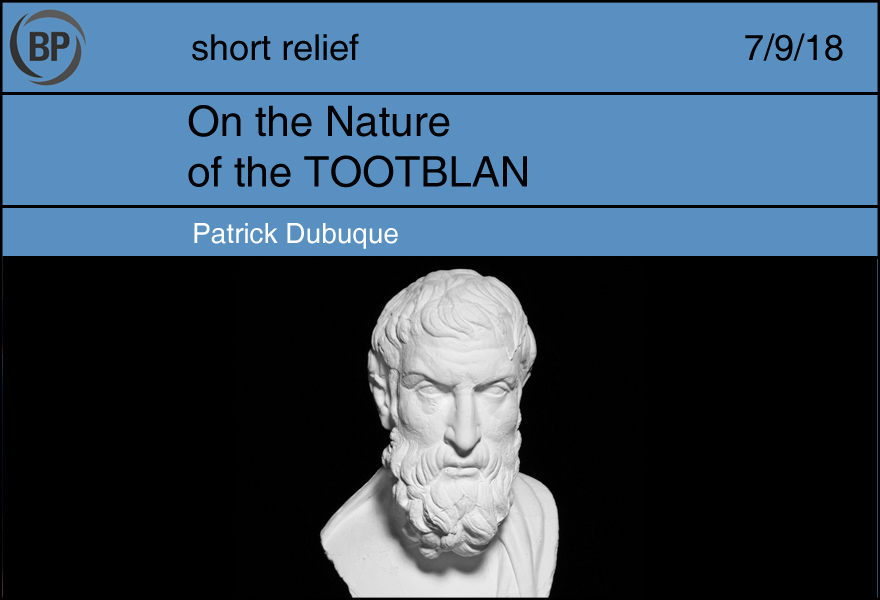 A couple thousand years ago, the Roman senator and orator Cicero, on the subject of Greek philosopher Epicurus, remarked: “Solus enim vidit primum esse deos, quod in omnium animis eorum notionem impressisset ipsa natura.” It’s not a catchphrase you often see on T-shirts, but has been modernized into something at least a little more catchy: “Nature herself has imprinted on the minds of all the idea of God.”

Though it sounds like one of Aquinas’s B-side theological proofs, this was exactly what made Epicurus so worried: in his mind, it was the idea of god(s) and the kind of divine retribution that often followed them that was the problem in the first place, the root cause of human unhappiness. Zeus needed to exist to explain why these bolts of lightning kept showing up, but then we needed the other half of Zeus to explain why those lightning bolts kept offing specific people. Mysticism brought order to the early world by explaining why, in a world where life expectancy could be considered a sarcastic phrase, things kept happening to some and not others.

The “science” thing that Epicurus threw out as an alternative was meant to dissuade those fears, to make life more predictable, even if it was as simple as “maybe stay out of the rain when Zeus is clearly pissed off.” Science has had its fashionable and unfashionable phases in the centuries since because there was always something that mysticism had going for it that science could never quite replicate: the feeling of being special, of being part of a divine plan. That divinity has been passed down to modern day in many forms: through law, through business, and through the Puritan mentality of hard work rewarded, otherwise known as meritocracy.

Meritocracy wields a spiritual pull nearly as great as religion itself, throwing people into doubt when tragedy seems to align the two at odds. There’s something deeply human in looking at the garbage that happens to people and demanding some sort of hidden cause for every effect. This is particularly striking in baseball, which was built for so many years on its hero worship, its clutch performance and valor, all within a sport that features torn UCLs, BABIP luck, Ernie Banks and John Paciorek. The Hall of Fame, the survivor’s list, is the ultimate defense of predestination: the men who were great because they deserved to be. Winning is everything, championships are forever, and eventually all else, all the hopes and the mistakes are buried in the earth.

Also, there is Billy Hamilton.