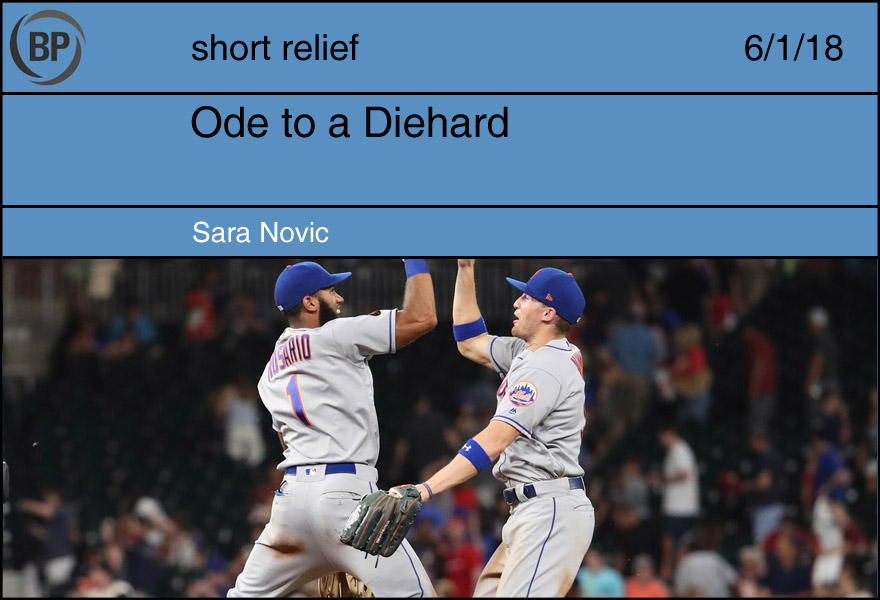 Every unhappy family is unhappy in its own way—ours is a family of Mets fans. My dad and his younger brother have always loved baseball, but my grandma was by far the biggest diehard in the family. This is our first season, and the Mets’, without her.

My grandma liked to tell the story of the Mets’ debut. Picture it: New Jersey, 1962—she was pregnant and with a 1-year-old, holed up in a one-bedroom apartment where she watched every game of the most abysmal season in modern baseball history. The Mets went 40-120—a record that still stands, its closest challenger the 2003 Tigers (43-119).

“Oh my god, they were so bad,” she used to say. “It was like watching a train wreck. Everyone would make fun of me and say ‘why the hell are you watching that!?’. But I loved them.” The Mets’ actual record was her secondary complaint; like many women who were very pregnant in the summer, what she remembers most is the heat, the swelter of her apartment, chasing a toddler with her globe-like belly before her, sweating.

The ‘62 Mets also offered her a perfect segue way to one of her other favorite reminiscences—the birth of her children. It was my dad she’d been pregnant with that summer. “You know,” she’d say. “Your father came out ass-first.”

It was my father who taught me about baseball—the rules, the stats. It was him who’d take me to the Kmart to buy packs of cards, who’d show me how to oil my glove, take my sister and me to Trenton Thunder games. But it was my grandma who taught me to love it, to take up a team as your own, to stick with them regardless of whether or not they are the literal worst.

When my grandma talked about Mets players, they were “hers”—her David Wright, her deGrom, and her “little Nimmo” (why she decided to bestow this diminutive completely without irony on the tallest non-pitcher on the team, who can say). We spent every day of the 2015 postseason on the phone. Once we took her to see a game at Citizen’s Bank Park, and she berated the usher because the stadium wasn’t selling enough Mets gear; she couldn’t fathom the idea that everyone didn’t adore them as much as she did.

This was how she loved, with an extreme and totally irrational loyalty. A love that went a beat beyond unconditional, one that not only overlooked, but eradicated all imperfections. A love that championed, that made you feel worthy, like you really were the best, even if, at times, you were the literal worst.

She died in March, a few weeks before opening day. Part of me is glad she went out on that run of strong campaigns, isn’t suffering through this grossly mismanaged season. Then again, she wouldn’t care much. She’d be there, cheering them on, regardless. 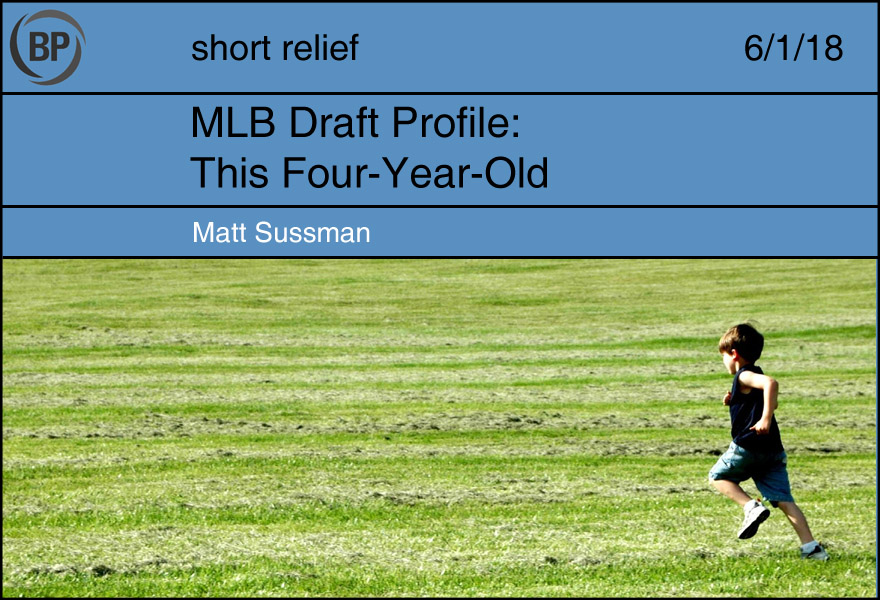 Batting: 30. Understands that holding the bat is required to hit the ball, as well as swinging the bat and making the baseball move, be it via hitting the ball directly or using the tee. Mostly hits the tee, will need work on directly hitting the ball. Once hit it pretty well. Gets bored after a few tries. Will probably slot well into hitting down in the order, like 12th or 13th, once he gets into Little League.

Power: 50. Great ability of getting what he wants, usually through parental attrition. On the day I saw him he just wanted juice and a piece of string cheese but I have heard through reports he mostly likes goldfish crackers.

Fielding: 25. Poor defensive set position. Usually sitting down or staring at the clouds. Getting really good at chasing after the ball. Usually can track it down once it completely stops.

Arm: 40. Throws to all bases, though usually not the right base. Sometimes throws it back to the dugout. Look, we’re just happy he stopped running the ball up and handing it to the next person.

Intangibles: 60. Can name a ridiculous amount of Paw Patrol characters. Able to sing half of an entire Moana song. One time at preschool, the teacher said that it was time to read a book and that he got to choose the book but he didn’t know which book to choose and then the teacher “choosed” a book instead and then they had chicken nuggets for lunch. Enjoys hugs. 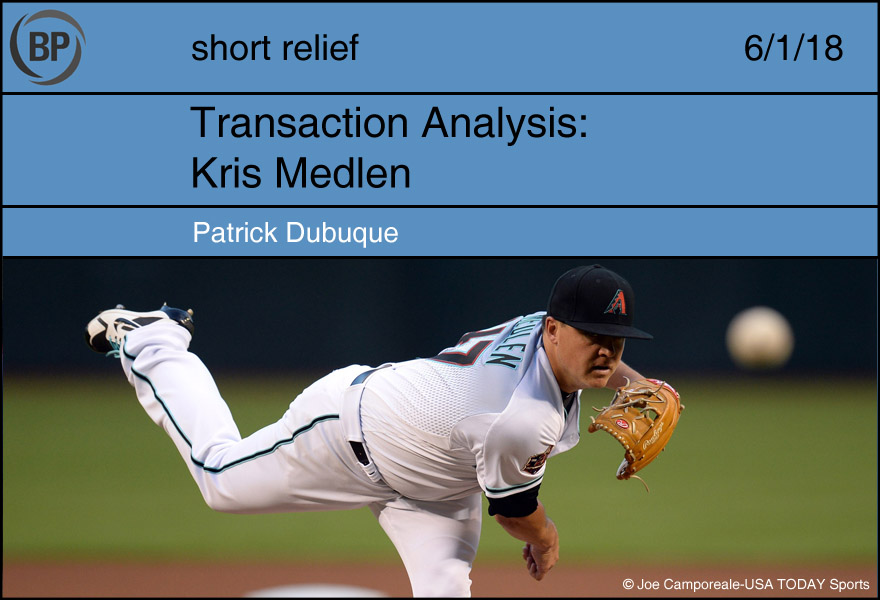 Title: Kris Medlen Will Probably Never Have Arm Surgery Again
(Alternate Craig Title: Ballplayer Might Have Retired Long Ago If Not For Those Medlen Kids)

There is an era when Kris Medlen’s career would have lasted a single season. Just another fresh-faced kid, like the ones before, all pluck and vigor: a human representation of spring. Until the arm hurt one day, and then the next day riding the bus back home, forgotten to all but his family.

There is another era when Medlen would have fought back to have that magical 10-1, 1.57 ERA season, when the games seemed to be written for him, only to disappear in accord with the structure of the monomyth. They would have talked about him for decades.

Instead, we have this one, a Kris Medlen reconstructed by science out of the branches of his own unselected futures, a man who returned to baseball so that his children could see their father on television. They did, once. He gave them an hour. For four innings they watched Kris Medlen, and watched someone who was no longer Kris Medlen, hundreds and thousands of baseball careers and dreams and victories coalesce back into a single point walking off the mound. All at once, all of them their father.