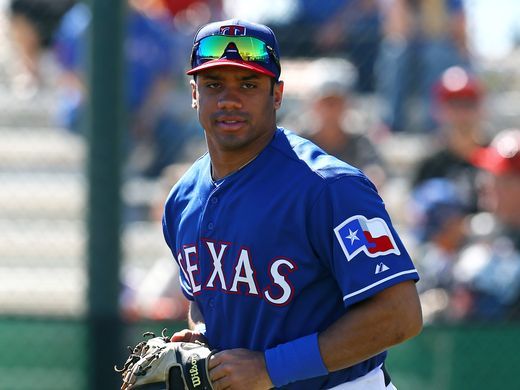 Back in 1995, as the strike that claimed the 1994 World Series was in its dying embers, a large group of players reported to a spring training site in Homestead, Florida. These players weren’t breaking the lines to train with non-union replacement players. Instead, they were all free agents who were looking to get signed once the strike finally came to an end. Vince Coleman, Lloyd McClendon, and Bob Melvin were among the group of players that showed up in hopes of latching onto a team for the 1995 campaign. We may see something similar happen ahead of the 2018 season.

According to sources close to Tim Brown of Yahoo Sports, the MLBPA is making preparations for the possibility of holding a spring training camp for the vast number of unsigned free agents. Yahoo Sports’ Jeff Passan added that the camp could start as soon as February 13, which is the first day that will see pitchers and catchers report. There’s no specter of a work stoppage looming over this camp, should it happen. With that being said, it would absolutely be worth keeping an eye on if only because of the sheer amount of talent that would be on display there if we don’t see a flurry of free agent activity very soon.

However, that’s assuming the free agents will even want to go to the camp. Passan also pointed out that one free agent has already made it known that he’d rather stay home and bide his time. It wouldn’t be hard to imagine that this particular player would be the only one to decline the opportunity to play at this camp, but it would also be easy to understand why anybody who accepted the invitation would do so. After all, the official start of spring training is within arm’s reach and Opening Day will be here before you know it, so maybe we’ll start seeing more teams open up their checkbooks and the players will want to be in shape in order to be ready for the upcoming season.

Speaking of trying to get in shape for a shot at latching on with a team ahead of Opening Day, Tim Lincecum is once again in the news. As Opening Day 2016 was coming up, Lincecum was reportedly busy trying to be perfect for a showcase. It worked out, since he eventually did land a contact with the Angels, but he hasn’t been seen in the majors since recording an 8.18 DRA and a 132 cFIP over 38 innings with the Halos.

Two years later, Lincecum is back at it with another showcase in mind. Driveline has announced that Lincecum will be having a showcase on February 15. The media won’t be allowed, but teams have been extended an open invitation to put their eyes on Lincecum in order to see if he’s still got something left in the tank.

If Lincecum’s first comeback was a longshot that ended up getting him a contract, then this latest attempt has to be considered a moonshot. Lincecum is now 33 years old and five years removed from his last season of being considered above replacement level, which was back in 2013 when he recorded a 2.4 WARP season with the Giants. Those halcyon days with San Francisco feel like they were ages ago and Lincecum will have to dip deep into the fountain of youth if he wants to impress scouts. If the showcase doesn’t go well, then maybe he’ll show up at the free agent camp? It’s all up in the air at this point.

The Yankees acquired another big name during what’s been an oasis of activity in this desert of an offseason. They were the team that won the Giancarlo Stanton sweepstakes and now the allure of the pinstripes has helped the Yankees bring in another big name via trade. ESPN’s Jerry Crasnick was the first to report that the Rangers and Yankees agreed to a trade that gave New York the rights to Russell Wilson.

This will actually be the third baseball organization that Wilson has latched onto. Wilson was initially drafted by the Rockies back in 2010 and actually played a bit of minor-league ball before he made the wise decision to play football at the highest level with the Seattle Seahawks. That decision clearly paid off with a Super Bowl victory and another appearance as well, but the baseball bug has continued to buzz around Wilson’s brain.

Wilson won’t be giving up football any time soon, but it’s still nice to see his continued interest in baseball. Plus, Wilson also noted that even if he’s just showing up for spring training (like he did with the Rangers), playing with the Yankees is something that would have made his late father very happy.  Additionally, you could also make the argument that the Yankees now have the best quarterback in New York under their employ, so even if they don’t get the World Series then they will at least have that to lord over their friends in East Rutherford.

You need to be logged in to comment. Login or Subscribe
jnossal
So, where's the Tim Tebow-like outrage over Wilson taking up spring training at-bats? Any sneers for the crass marketing of Wilson shirseys? Is this thing on?
Reply to jnossal
Llarry
For varying reasons, people generally seem to *like* Wilson better than Tebow. And while there is an admitted publicity angle, there is no pretense of competing for a job, it's just that Wilson happens to love baseball.
Reply to Llarry