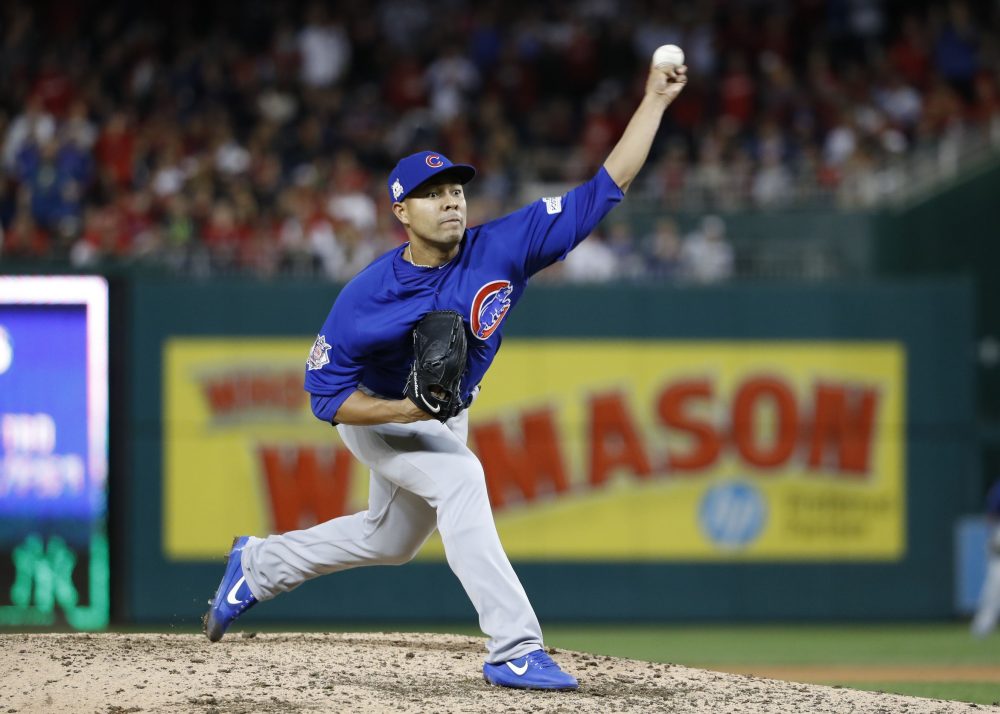 The Dodgers overcame both the Diamondbacks and concerns that their second-half swoon would linger in the postseason, winning the NLDS in dominating fashion. The Cubs survived an NLDS that saw the Nationals push them to the limit, overcoming an early 4-1 deficit in Game 5 to pull out an improbable victory in one of the wildest games in playoff history. Tonight, the well-rested Dodgers meet up with the exhausted Cubs in a rematch of last year’s NLCS.

Clayton Kershaw gets the call for the 16th postseason start and seventh series opener of his career. Kershaw’s postseason tells the tale not of a pitcher who consistently fails in the big game but rather of a hurler who has been dominant at times while struggling during others. His 2016 NLCS performance against the Cubs is representative of this phenomenon. He pitched a masterful outing with seven shutout innings in Game 2 but lost the deciding Game 6 of that series, allowing four runs in five innings.

One of the few players on the Cubs’ roster who wasn’t part of last year’s World Series winner, Jose Quintana, gets the ball in Game 1 after throwing 12 pitches and two-thirds of an inning in Thursday’s clincher. Including his Game 3 NLDS start, tonight will be the third time in seven days Quintana has pitched. The recent AL transplant has not faced the Dodgers since June 2014, when he was a member of the White Sox.

The Cubs got a much-needed off day yesterday, but this was offset by having to travel from Washington, D.C. to Los Angeles after their grueling win. With Kershaw on the hill, Joe Maddon is likely to utilize a righty-heavy lineup, with only Rizzo certain to get a start. Wade Davis threw 44 pitches on Thursday and could be unavailable or extremely limited tonight. Everyone else in the Cubs’ bullpen should be good to go.

Corey Seager‘s back injury is serious enough that the Dodgers decided to remove him from the roster. Charlie Culberson replaces him for the NLCS. The long break between the NLDS and tonight’s game leaves the Dodgers’ bullpen ready for action and fresh as the proverbial daisy.

Kershaw at home versus nearly any pitcher would make Los Angeles a heavy favorite and tonight’s contest is no exception. PECOTA gives the Dodgers a 62 percent chance of winning. If there is a silver lining for Chicago, Kershaw has allowed 20 earned runs in 26 1/3 innings in his last four playoff starts at home.