A Chunk of Turf 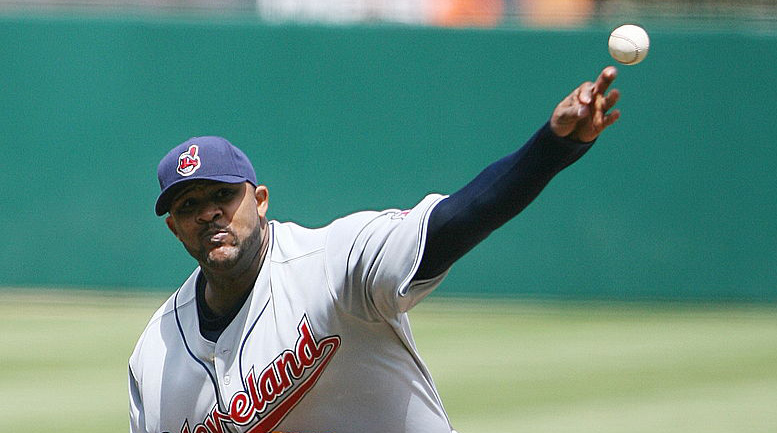 For seven and a half seasons, CC Sabathia pitched for the Cleveland Indians. They drafted him out of high school in the first round; in his debut season, at the age of 21, he finished second in Rookie of the Year voting. He spent countless hours standing on the mound at Jacobs Field. He pitched for crowds that were mostly sparse, for teams that mostly lost, and – most of the time – he pitched very, very well.

In 2007, his final full season in Cleveland, Sabathia had his finest season in what was already a very fine career. He was Cleveland’s most valuable player, their ace, leading them to their first division title and first postseason appearance since his own rookie season all the way back in 2001. They rolled with little difficulty through the division series, defeating the Yankees in four games; they kept on rolling all the way to a 3-1 series lead over the Red Sox in the ALCS.

Sabathia was their ace, the eventual AL Cy Young winner. He took the mound in Game 5, the final game of the series that would be played at Jacobs Field. The outlook was good for Cleveland.

They lost. Sabathia gave up four runs in six innings, and the Indians lineup could only muster one against Josh Beckett. They would lose the next two games in Boston, blowing the 3-1 series lead. It would be another long winter in Cleveland: the 59th such winter in a row.

Ten years after losing that Game 5, CC Sabathia once again stood on the mound in the postseason at that familiar ballpark – no longer Jacobs Field, but familiar all the same. This time, though, Sabathia was not trying to slam the door for the Indians, but slam the door on the Indians. Instead of trying to end Cleveland’s long winter, he was trying to extend it. To bring the championship back to a franchise whose idea of an unbearably long drought is less than a decade without a championship.

He struck out nine Cleveland batters through four and a third. He allowed only two runs. The Yankees won, and the Cleveland lost. So it goes.

For seven and a half seasons, CC Sabathia pitched for the Cleveland Indians. He left no relics behind him: no pennants, no rings, no glorious souvenirs of postseason victory. Nothing to tide them through the winter. Last night, though, he left a mark. Something to remember him by as he passed through, as his performance carried the Yankees to yet another postseason victory: one huge chunk of turf, ripped out of the field, right in front of the mound which was for so many years his territory.

The grounds crew will have their work cut out for them. It will be another long winter in Cleveland.

October is the hardest month for me, as a writer. Annual season is well underway, and while everyone else is in harmony, complaining about the same strike zone overlay and the same broadcast crew, I’m trying to extract a single interesting sentence out of Alec Asher. I’m reading Richard Scarry books to my children as Brett Gardner fights off a hundred full-count pitches in a row. And when I do finally reach the soft welcoming glow of the empty Word document, I know that a hundred people are writing the same story, writing it better because they’ve actually watched it. But also for another reason: because they actually care.

A confession: October is the hardest month for me because I just don’t like October baseball. I dislike the idea that a man can work for six months and have his legacy stained by two bad starts. I dislike how the rationing of effort, one of the most interesting risk-reward calculations that baseball has over other sports, is erased. I dislike how it reverts writers into fans, and fans into zealots, or how it strips everything casual and fun out of the game for the sake of intensity. I dislike its endless parade of two-pitch relievers, the endless mount visits, the demand for narrative and the imperfect information everyone leaps on like fast zombies.

Corey Kluber on health: "I don’t feel like I need to get into details right now. I was healthy enough to go out there and try to pitch.”

Each year I feel the urge to give up, to write about text adventure games or local politics, or maybe just sleep, go to bed each night whenever I want to. Probably the only question people ever ask me, as a writer, is: “But why do you write about baseball?” And my usual offhanded answer is that I employ baseball the way you wrap a pill in bacon to get your dog to eat it. I have to hide the things I actually care about. The game is just the medium. Times like these, there’s not much room.

But there is a baseball I love, and it’s in October, sometimes. It’s wiffle ball with a group of elementary school kids on overcast mornings, pitching to both sides because no one else can throw a strike, sending some kid to run after the foul ball because you only have one ball. It’s using basketball posts as bases, and pitcher’s hand, and throwing twelve straight strikes to the kindergartener whose bat moves through the zone like a seventh grader at his first dance. As we played we would always keep score, but we would never keep track. The next day, the teams would be a little different, but we’d just start over. No championships, no awards. We all won because we got to play baseball.

The problem, I think, is in human nature. If you polled a group of baseball fans and asked them what they wanted, the number one answer would almost assuredly be: for my team to win it all. And every year, for some city, they get their wish. Only the wish changes. A championship becomes two, then becomes a dynasty. Everything before is forgotten. The whole premise of the playoffs, that these are games that mean something, is its fundamental lie. The truth is that nothing changes; they’ll come right back out next March and start again, zero wins and zero losses. That, to me, is the beauty of baseball.

You need to be logged in to comment. Login or Subscribe
Deadheadbrewer
I hear ya', Patrick. Every year I tell myself that THIS is the year that I REALLY watch the playoffs. But then I realize that it's dark at 6:30 in the afternoon, and it's cold outside, and that I only truly LOVE baseball on a warm, sunny day. Then I watch a few games, only to have them go three hours and fifty minutes (Twins-Yanks), or four hours and forty minutes (Game 5 of the NLDS). My kids want to watch, but the games are on while they're at school, or go on and on for four hours until midnight.

There was a simple beauty to having the best team in each league claim the pennant and a trip to the World Series.
Reply to Deadheadbrewer