(Note: Last year, I wrote "One Entire Season of Baseball From the 1970s," reviewing the 1971 season. My goal is to repeat the exercise every summer, selecting a different decade. We'll present the 1960s version Monday through Thursday this week, five teams at a time, introducing each team with salient figures from their season. Monday's entry is here and Tuesday's entry is here.)

The 1965 Awards and Postseason: The 1965 MVPs were San Francisco’s Willie Mays, who topped Sandy Koufax in the National League, and Minnesota’s Zoilo Versalles, who finished ahead of teammate Tony Oliva in the American League. There was just one Cy Young award until 1967, and Koufax won it unanimously. The Dodgers’ Jim Lefebvre and Baltimore’s Curt Blefary were Rookies of the Year, easily. Mickey Mantle won the Hutch Award, Pittsburgh’s Vern Law the Lou Gehrig Memorial Award, and Koufax the Babe Ruth Award, to name three awards you probably didn’t know about that exist to this day. There have been years in which the voters pretty clearly screwed up the voting for the major awards; 1965 was not one of them.

The Dodgers won the 1965 World Series, 4-3. Minnesota won the first two games at home, 8-2 and 5-1. The Dodgers won their three games at Dodger Stadium by a combined 18-2. The Twins took the sixth game, 5-1, to tie the series. In the seventh game, Koufax allowed three hits and three walks, striking out 10, in pitching a shutout to win 2-0. Koufax didn’t pitch in the first game of the series, which conflicted with Yom Kippur. (Koufax pitched the next day, giving up two runs in six innings in a 5-1 Dodger loss, but pitched shutouts in Games 5 and 7.) Don Drysdale started the first game in his place, and allowed seven runs in 2 2/3 innings, prompting him to supposedly say to manager Walter Alston after the game, “Hey, skip, bet you wish I was Jewish today too.” 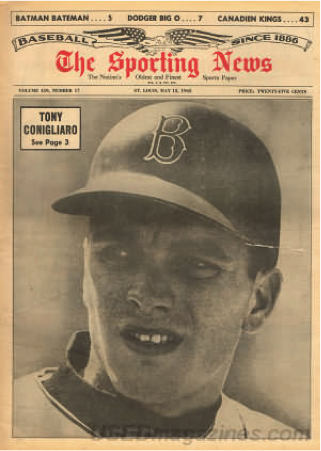 The average game between the clubs finished with a 7-3 score. Boston lost the first two games of the season series, 17-5 and 9-7, before beating the Twins 2-0 on May 27. They dropped the next 15 games. Only one game was decided by one run.

The Red Sox had a .681 OPS against Minnesota compared to .733 in their other games, but the real problem was pitching. Boston did not have a good pitching staff. The team’s ERA of 4.24 was last in the American League, as was their .734 OPS allowed, though those figures are a shade better if adjusted for hitter-friendly Fenway Park.

8. Washington Senators, 70-92: 28.2. That’s the average age of Senators hitters (28.4, weighted by at-bats plus games played) and pitchers (28.0, weighted by three times games started plus games and saves), the oldest in the American League. The next-oldest were the Twins, White Sox, and Yankees, at 28.0, 27.9, and 27.8, respectively. The former two were first and second in the league, while the latter was the defending AL champion. The Senators were, of course, neither.

Washington joined the league in 1962, along with the Angels. The two teams took different approaches to building their teams. The Angels were the youngest team in the league in 1965, with an average age of 25.7. The only regulars on the Senators who were younger than 25 were shortstop Ed Brinkman (23), a standout fielder who hit .185/.251/.257, third baseman Ken McMullen (23), who was legitimately good, leading the team with 5.7 WARP, and pitcher Buster Narum (24), who compiled a 4.46 ERA over 24 starts and 22 relief appearances in his second and last year as a major-league regular.

The Angels had three regulars younger than 25: Shortstop Jim Fregosi (23), third baseman Paul Schaal (22), and center fielder Jose Cardenal (21). Their top three starters were Fred Newman (23), Dean Chance (24), and Marcelino Lopez (21). Lopez finished second in the Rookie of the Year balloting and Chance won the Cy Young Award in 1964. The Angels’ commitment to youth beat out the Senators’ preference for veterans. From 1965 through 1971—the last year before the Senators moved to Texas and became the Rangers—the Angels were 539-594, a .476 winning percentage, with winning seasons in 1967 and 1970. The Senators were the worst team in the league, 501-625, a .445 winning percentage, with its 86-76 record in 1969 the lone winning season in the franchise’s 11-year history.

While baseball players sometimes change their preferred name—think Mike Stanton becoming Giancarlo Stanton—the Angels in 1965 became the only team in recent memory to change their name midseason, switching from the Los Angeles Angels to the California Angels in September. 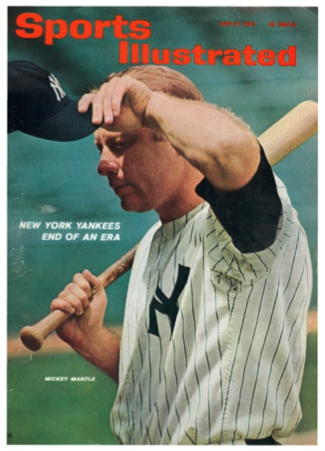 As you might imagine, the team’s streak of 39 straight winning seasons is unparalleled in major-league history. Going into the 1965 season, the Yankees had won five straight American League pennants, nine of 10, and 14 of 16. They wouldn’t win another pennant until 1976.

CBS purchased an 80 percent interest in the Yankees prior to the 1965 season. During CBS’ ownership from 1965 through 1972, the team went 636-649, finishing in the upper half of its league or division only twice.

You need to be logged in to comment. Login or Subscribe
reznick
I remember the 1965 Yankees very, painfully, well. I grew up in NYC and my family moved to LA in the summer of 1965. The first five years I had followed baseball, my team was in the World Series. In 1965 and 1966, I cut out the box scores and kept team statistics by hand, checking with the Sporting News when it came in the mail. Gradually, I learned to be an Angels and Dodgers fan. When I moved to Illinois, WGN on cable made me a Cubs fan, and those first five years were more than balanced until last Fall.
Reply to reznick
mainsr
Sorry if the trip down memory lane was painful...
Reply to mainsr
reznick
No, not painful, evocative. And thanks.
Reply to reznick
reznick
Yeah, I said painful. Inconsistency! That's the difference between writing before you go to sleep and writing after you've just woken up.
Reply to reznick
collins
Rob, I'm curious why you think the voters didn't screw up the MVP vote in the AL. By WARP, to use one measure, Mantle beat Versalles by 9.7 to 6.5.
Reply to collins
mainsr
Pretty sure you pulled up Mantle's 1955, John. He was 9.7 that year, just 2.7 in 1965. His performance that year, which was injury-shortened, is one of the reason for the Yankee retreat.
Reply to mainsr
collins
Oops. You're right!
Reply to collins
mainsr
I do that sort of thing a lot. (The editors will back me up on that)
Reply to mainsr