What we do know about Steve Bartman after 2003 is that he bartfully dodged public exposure. Whole democracies rose and crumbled around him, including the Detroit Tigers, and countless hagiographies were authored about his tale. The Chicago Cubs felt bad for a while; Theo Epstein even hinted, as soon as he took the Cubs job, that he wanted to reach out. He soon later hired Jed Hoyer among others and then it only took five years to win that damn ring.

Closure! The story is over. Or so would most people have you believe. Some agree there is no closure; that a part of the story remains untold. I’m not sure what this specific Chicago Tribune columnist has in mind, but I am in agreement that we have not been exposed to the entire Steve Bartman story, and it’s this: Steve Bartman is actually Jed Hoyer. 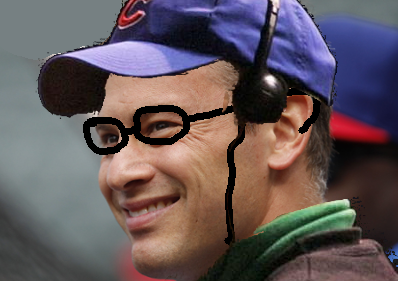 Little is known about Hoyer other than his extensive resume, but specifically we (probably) don’t know where he was the night of October 14, 2003. We knew he was a Red Sox executive at the time, and we also know the Red Sox were playing the Yankees in the ALCS that night. It was a crucial Game 5 with the series tied, but he personally wanted to perform some advanced scouting in the event they finally reached the World Series, and he had a gut feelin’. For baseball reasons, he wanted to do this unsuspected, hence the disguise. He also wanted to know what was happening in the ALCS, hence the headphones.

What he didn’t expect, however, is a foul ball to come this way. Hoyer, in all his years in the game, had never truly caught a foul ball. So that part was real. He broke character. And when pressed, he had to come up with the first name he thought of. He couldn’t very well have the story be Red Sox Executive Ruins Cubs Season. So he went with a name he had used in college parties. The Simpsons was big back then.

And if you’re sitting here thinking, “these people don’t have it in them to sit in the stands in disguise,” well, you’re wrong again, pal. 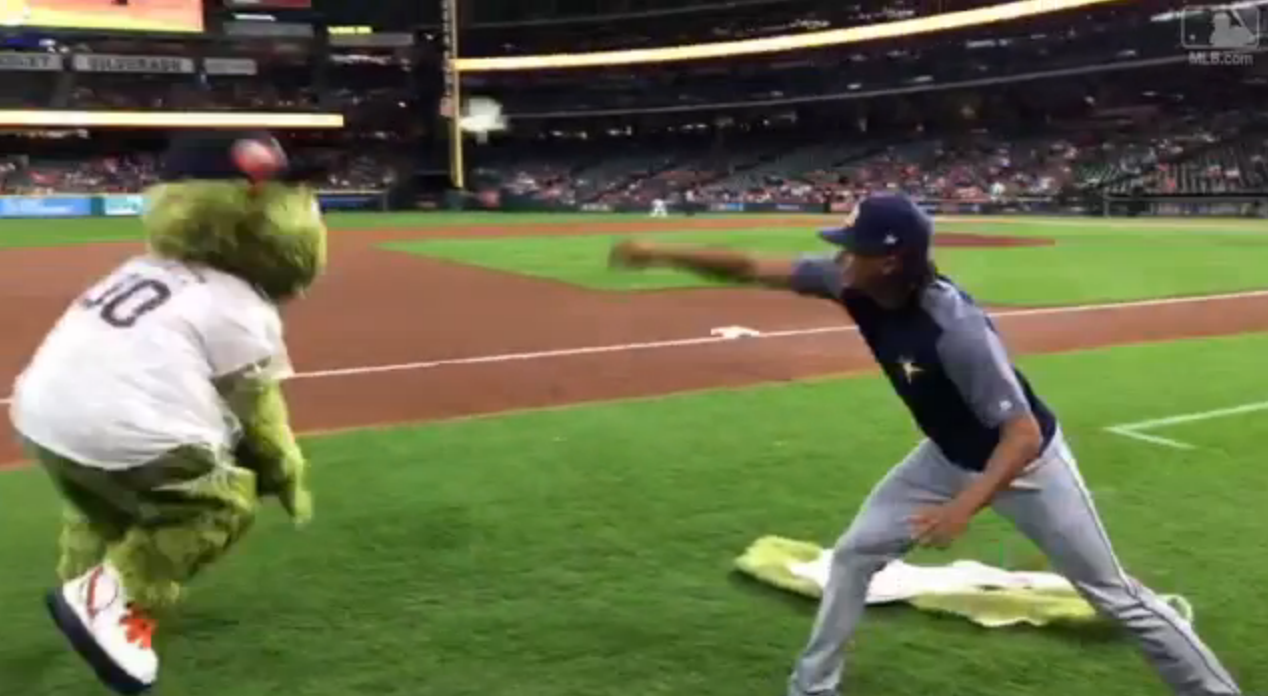 The barbarous nature of war drives many to reclaim their base emotions—greed, anger, lust for power—but its all-consuming, devastating impact on society produces remarkable reflections on human nature, crafting beauty out of horror. Throughout history, one of the most common and yet most profound mechanisms of reflection on war is poetry. From Homer’s comprehensive account of the Trojan War to Langston Hughes’s works on the continuous war against Black people in America, poetry is the foundation on which we build our understanding of war.

It is apparent that there is no war too small, to insignificant, too silly to escape the profoundness of verse. And so, mere days after the beginning of a brutal war between Tampa Bay Rays pitcher Chris Archer and Houston Astros mascot Orbit, it is again essential to turn to poetry to help the shaken baseball community reflect on these events and begin the process of healing. 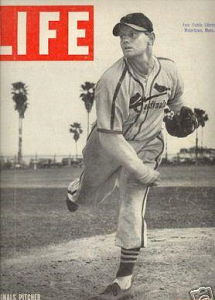 When it comes to wartime and baseball legacies, we’re pretty good at filling the gaps for the greats. When tallying a star player’s blank ink, or milestone-adjacent counting statistics, we look at those two or three blank lines on the stat sheet and mentally patch them in. Unlike injuries or temporary retirement, players overseas seemed to jump back in as if they’d never left, proven by Ted Williams’ MVP-downvote-earning 110 PA 1953 season.

But for players whose legacy was more obscured by their enlistment, the archeology often never gets practiced. Take Beazley, a pitcher almost no one would recognize. His 1942 rookie season was a tremendous success, winning 20 games with a 2.13 ERA for the 106-win Cardinals. His achievements were overshadowed by the even finer, MVP-winning season of equally-underappreciated Mort Cooper, and then by the trillions of things that have happened since. But for the talented 24-year-old righty, it would have been easy to consider his season as the preface to greater things, at least a hometown level of heroism.

It was not. Like so many pitchers of the era, Beazley’s arm got sore one day and never stopped. In his case it wasn’t the result of the usual baseball wear we expect out of the longevity of our designated avatars, but from overuse during military service, under the order of a superior officer. He made an attempt at rediscovering himself, as all pitchers do, before retiring with essentially a one-year career.

The takeaway is that there is no takeaway. We can’t just hand over Beazley’s counting statistics, or award him the career value that was robbed of him, the way we do with the stars, and so we assign him nothing: there is no room for the possibility of something, no capacity for imagination for all the Johnny Beazleys who never were.