Something that I always try to cover up, when I'm pretending to fit in with the scouts that I hope will think I'm cool and give me insight, is that the decision to be snarky and judgmental on the internet came first, and the decision to center it around baseball came like, at best, third. Maybe fourth.

But I regularly thank my lucky stars that I wound up doing this rather than music or film criticism, because given how ruthless and petty and vindictive all us baseball writers are about one another’s analysis, imagine how much worse it must be when there are no actual objective results or facts to fall back on. “Craig Kimbrel strikes people out” is not something that needs to be argued. “Craig Kimbrel use of a theremin on his most recent single add to his sonic texture but is not too distracting” is more subjective.

Yet the local nature of baseball makes it function much like any burgeoning music scene, where the very beginnings of any development spends an extended period of time being incubated on a small scale where only a select few notice it's happening. The emergence of a great reliever, a sudden All-Star-caliber season, or even the complete collapse of a once reliable producer are all stories the baseball world scarcely notice. And if the team you follow is bad enough, the leap of something like your favorite reliever revelation being traded to the Yankees can feel like your brother’s garage band playing on The Tonight Show, with all the associated anxiety and fear that the hidden notes and chords you've come to know like the back of your hand will be misheard by the new audience. 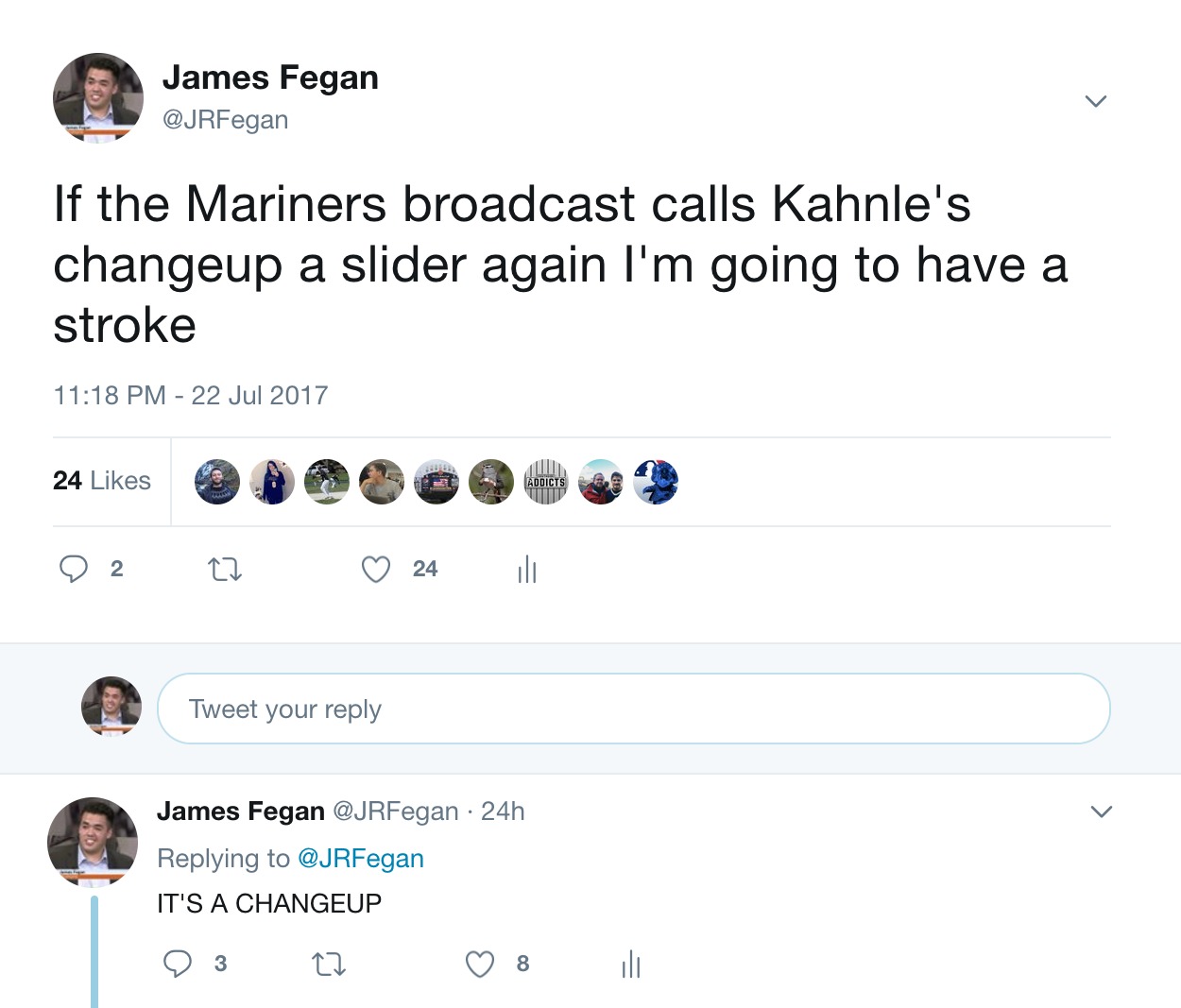 Even more worrisome, is knowing that the mainstream exposure of your favorite little indie darling could mean undue amounts of attention lavished on simply the most superficial and accessible portions of their catalogue. 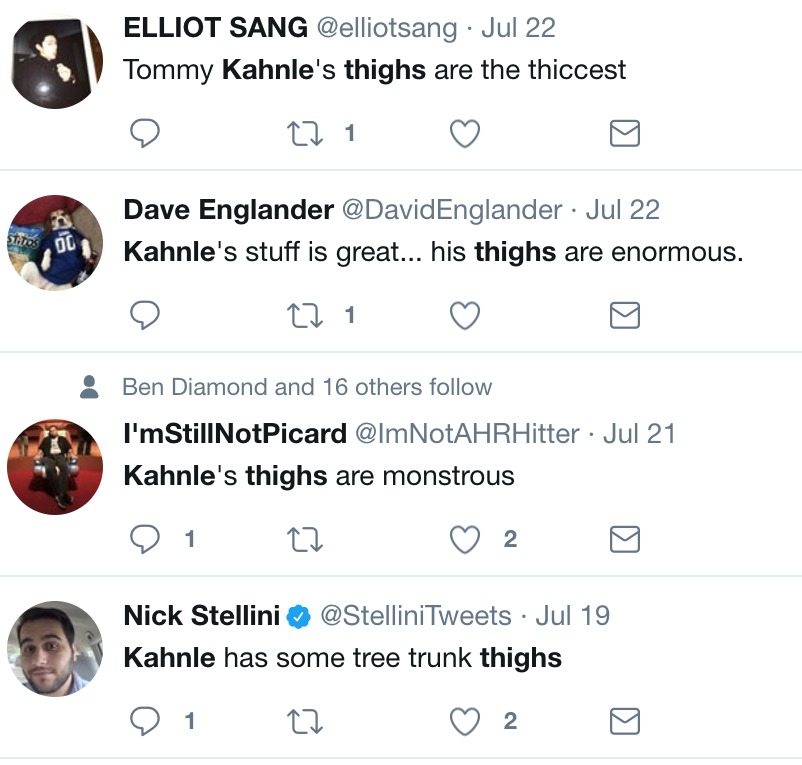 But it’s time like these that I just try to remember that it’s a two-way street, that just as others are discovering the hidden gems I once thought belonged only to my adoring gaze, I can get recommendations from others about new projects to check out.

You’re all haters, but I appreciate the exchange of ideas.

In a Different Timeline

This is an item that exists: a commemorative pennant celebrating the victorious 1983 World Series Champion Philadelphia Phillies.

In autumn of 1983, I was a year and a half old. I have no memories of that particular team and their four end-of-season losses to the Baltimore Orioles, but we co-existed.

In 1983, Darren Daulton played his first two games in the majors, making the jump from Double-A Reading for a sip of coffee—a tenth and final inning against the Cardinals and a complete game versus the Pirates—at season’s end. I single out Daulton because he was one of my favorite Phillies when I was growing up; we shared a position and a nickname, and the upside of living outside of televised team coverage and before the internet is that Daulton was so much better a player as the highlights-only version of himself. Because we didn’t even get the newspaper—no box scores, only a staticky Harry Kalas on the call on a station as fuzzy as those late-eighties memories—the Darren Daulton of my experience caught nearly every game, hit for both average and power, threw laser beams to second. But in 1983, Daulton was even newer to Major League Baseball than I was to the world.

It’s probable that the whole Series was my auditory companion then—my dad listening in the background while I wobbled about, or slept, or began imagining that hazy other timeline, in which I grew up to be the 6’4” sibling instead of the 5’4” one, or in which I was raised by wolves. I couldn’t know that a factory somewhere else had already manufactured its own alternate timeline, one in which the Baltimore Orioles were the ones who went home disappointed. What else might have happened in that iteration of events?

Here is Nelson Cruz having a go at Derek Holland.

Holland had just unintentionally hit his former teammate with an 88 mph pitch; Cruz made a move as if to charge the mound before both men smiled. They were kidding, like friends do.

On Saturday, I went to a housewarming party for a friend from college. There were a lot of people there I didn’t know, but everyone had the kind, open faces that make barbeques comfortable. It was a warm afternoon; we all clumped together in the shallow shade of the house. We stood close, but we were vouched for. Except that the further you advance into adulthood, the harder it is to make new friends. You’re carrying so much with you already. You don’t want to learn new jokes, or how to like new things. You have your stuff. And what if you find someone you like, but overplay your hand and are judged awkward or too keen? You’re already more tired than you used to be.

But as my friend poured a glass of wine, she mentioned to another of the party that we both like baseball. Suddenly without speaking, I knew part of what this stranger was carrying with her, or at least its outline. I didn’t know the color of her living room wall, or the names of her brothers, but we knew which seating hosts at the ballpark would let you sneak into better seats and which ones wouldn’t.

We gabbed and others moved away from us, uninitiated into this vocabulary and assuming an intimacy that did not yet exist. And I thought of Nelson Cruz, hopping from place to place, learning new towns and new people but always with a rhythm and purpose that is familiar. Finding new friends, and then parting ways, but coming back together to kid with Derek Holland. Supplied, like we are in school, with a place of regular reunion. We laughed like friends do, who might feign conflict as part of an inside joke, but who have no real designs on a fight. When you’ve put in enough innings together, you don’t have to fall apart each time you slight one another. You have a reserve of goodwill that comes from no longer being new to each other. You're not broken; you’re bound by those innings.

I’m not sure we’ll see each other again, but I was glad to have someone to talk on that warm afternoon who cared about my stuff. And if we end up at another party, we’ll pour a glass of wine, and remember hiding in the shade of the house’s shadow, and talk about the season. It’s the start of knowing something. It’s the start of having a friend.

Please keep up the great work.
Reply to adrock
JPinPhilly
I had that same Phillies pennant. I think you're reading it wrong. It doesn't incorrectly announce that the Phils had won the WS. It lists them as the National League Champions. The "World Series" in the middle of the thing does make it look wrong but it's not declaring them the World Series Champions.
Reply to JPinPhilly