Minnesota’s starting rotation has the second-worst ERA in the league, ahead of only the historically inept Orioles. Of the 10 pitchers to start at least one game for the Twins this season, seven have an ERA worse than 5.40 and only two—Ervin Santana and Jose Berrios—have an ERA better than 4.30. And so when 44-year-old Bartolo Colon hit the open market after being released by the Braves following 13 brutal starts, the Twins moved quickly to sign him to a minor-league contract. There’s a good chance that Colon will be in the Twins’ shaky rotation by the end of the month.

Whether he can actually provide an upgrade to that shaky rotation is uncertain. The bar to clear is incredibly low, but Colon had an 8.13 ERA in 13 starts for the Braves and gave up more runs than innings pitched in eight of them, including each of his last four outings. His secondary numbers include a similarly awful 7.48 DRA, and opponents batted .338 with a .563 slugging percentage off Colon. Being extremely hittable isn’t new for Colon—opponents have hit at least .260 against him every season since 2005—but at age 44 the worry is that he’s gone from “very hittable” to “throwing batting practice.”

Colon’s third (or maybe fourth?) act has been all about fastball command. Few starters rely more on their fastball and less on their off-speed stuff, which is remarkable given that Colon has been working mostly in the high 80s for years. When you pump 88 mph “heat” at major-league hitters you’re going to be very hittable and the line for your success is going to very thin. Colon was able to walk that thin line from 2011-2016, throwing nearly 1,100 innings with a 3.63 ERA after turning 38. This season his velocity hasn’t dipped, but there are signs that his command is no longer good enough to avoid big damage.

In those 13 starts with the Braves he threw just 51 percent of his pitches in the strike zone, compared to 57 percent or higher every year from 2012 to 2016, and his walk rate rose by 86 percent. Colon led all of baseball in Called Strike Probability in 2012, 2013, 2015, and 2016—with a 2014 runner-up finish mixed in—but this season he ranks 54th. No longer able to paint the edges of the plate to get called strikes and weak contact, Colon has been forced to venture into the heart of the zone and simply can't avoid getting clobbered. Whatever chance Colon has of getting back to the majors and being effective there again depends almost entirely on his fastball command.

Minnesota’s first-year front office did surprisingly little to improve the pitching staff during the offseason and remains skeptical of the team’s ability to contend despite a 45-41 start, downplaying the odds of major trade deadline pickups. It’s possible that signing Colon is merely about buying a little more time—or at least more time than Nick Tepesch, Adam Wilk, and Nik Turley can provide—before turning to prospects Fernando Romero and Stephen Gonsalves. At this point, even an “effective” Colon would likely mean an ERA north of 4.50 in the AL, but perhaps his five-something ERA will be more fun to experience than a different replacement-level pitcher’s five-something ERA.

Colon first faced the Twins on July 13, 1997. He was a smoke-throwing rookie for an Indians team in the middle of five straight AL Central titles behind a dominant lineup that featured Jim Thome, Manny Ramirez, David Justice, Brian Giles, Julio Franco, Sandy Alomar, and Matt Williams. That day at the Metrodome, the Indians bludgeoned the Twins, as they so often did back then, and Colon picked up his second career win with five mediocre innings. Minnesota’s designated hitter was Paul Molitor, who walked twice and stole a base off Colon. 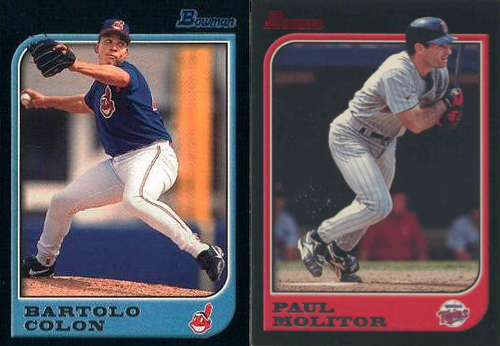 Two decades later Molitor is managing the Twins and Colon is hoping to make his way back to the majors for one last go-around so they can chase the Indians in the AL Central together.

You need to be logged in to comment. Login or Subscribe
bhacking
Hopefully if Colon makes it back he starts an inter-league game. Because let's be honest - at this point we'd rather see him hit than pitch.
Reply to bhacking