I will admit to being a little obsessed by hit batters. In April, I wrote about the steady rise in hit-by-pitch rates since the 1980s. I included this graph for illustration:

I’m not going to re-litigate my April article; you can click the link if you want details. Rather, I want to discuss a concern I voiced: “Baseball is heading toward another Ray Chapman moment, or something close, and I don’t know what can be done to prevent it.”

Of course, not all pitches that hit batters are dangerous. To be honest, if I were hit in the butt by a baseball thrown 85 mph, I’d probably be limping for a week, but I’m a wimp. I get it that baseball players are tougher than I am, and they can shake off a lot of the pitches that hit them.

On top of that, to be really dangerous—career-threatening or even life-threatening—a pitch has to hit a batter in the head. Ray Chapman was killed by a pitch to the head. Tony Conigliaro’s career was derailed by one. So was Dickie Thon’s. Yes, a baseball can crack a rib or break a wrist or snap a finger, but the resulting injuries aren’t scary the way a pitch to the head is. Are they on the rise?

There isn’t a database of HBPs that lists the body part that gets nailed. (I refuse to use the word plunked. It’s too innocuous. Plunked is what happens when a falling acorn hits your shoulder, or a kid throws a wiffle ball at you. Baseballs don’t plunk.) But we’ve had pitch tracking since 2008. We can use that to track the riskiest pitches.

The figure below is a grid that Baseball Savant uses to track pitch location. As you can see, it uses 29 codes to specify where a pitch crosses the plate. I used zones 21, 22, and 23 to identify at-risk pitches: specifically, high pitches. I checked how many of the pitches thrown to zones 21-23[1] resulted in the batter being hit by the pitch, since those zones are closest to the batter’s head. 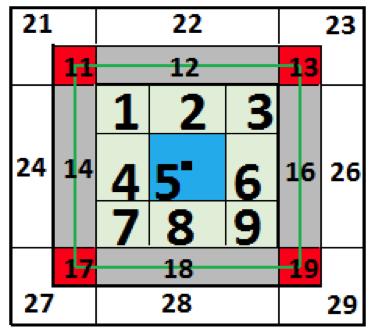 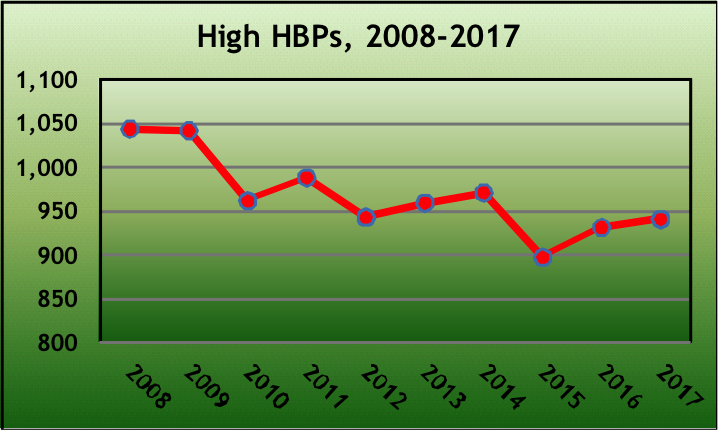 Well, maybe I’m too worried. The trendline—to the degree to which you can identify a trend from 10 data points—is downward-sloping. The past two full seasons have featured the lowest number of batters hit by pitches in the three highest zones in the PITCHf/x era. The uptick so far this year, in a season that’s barely half over, is to a level that’s still below every year prior to 2015.

This makes sense, given the way that the strike zone has been de facto expanded lower over the past few years and pitchers have taken advantage of it, targeting the lower third of the zone. If there are more low pitches, it follows that there are going to be fewer batters hit by high pitches. The majority of hit by pitches occur on high pitches, in part because it’s harder to move your torso out of the way of a rapidly-approaching object than your leg. But the proportion of HBPs on high pitches is decreasing. It was 66 percent in 2009 and has headed down since then; the year-to-date rate of 55 percent would be a 10-year low.

So, fewer batters hit by high pitches mean batters are out of harm’s way, right? Well, maybe not. The damage a pitch can do isn’t just a matter of location. There’s velocity too. Here’s the same graph as above, but this time limited to pitches 90 mph or faster: 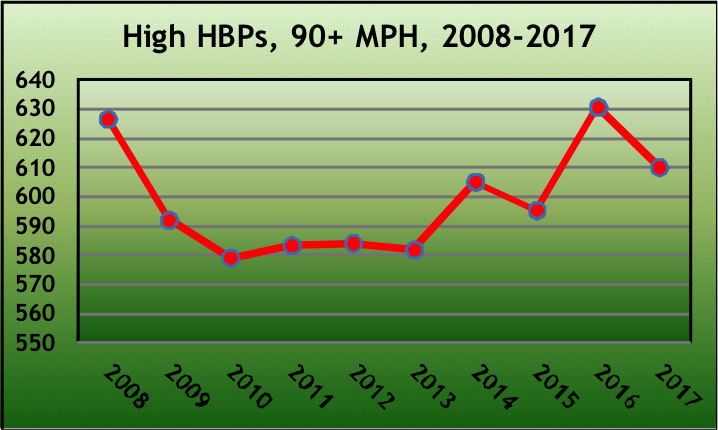 That’s less encouraging. Last year set a PITCHf/x era record for batters hit by high pitches traveling 90 mph or faster, and this year is on pace to be the third-highest.

And 95-plus mph pitches? The picture there is even worse: 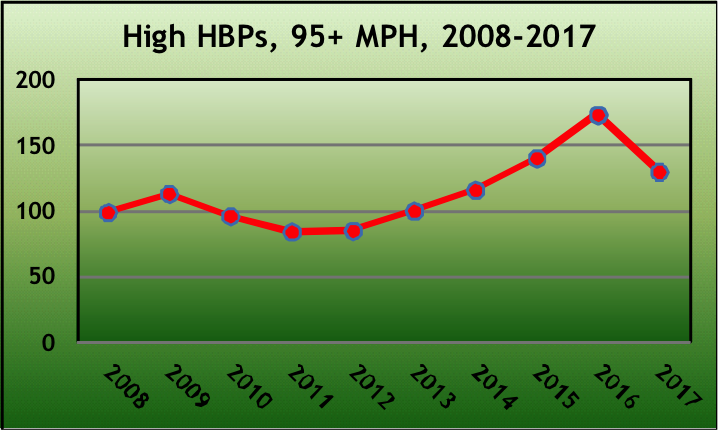 Last year, there were 173 batters hit by pitches traveling 95 mph or faster in the highest zones, an average of about one per day. Those are really fast pitches, thrown high. That’s a danger.

Put it all together, and three features of contemporary baseball seem immutable to me:

As I concluded my April article, this is a real problem, and I don’t know what the solution is.

[1] You might argue that I should use zones 11-13 as well, since they are high pitches, and while not necessarily as high as zones 21-23, we humans have a tendency to duck when something’s thrown at our head. I actually started this research including those zones, but I discovered that they’re negligible as a source of hit batters. Last season, for example, there were 1,651 HBPs in the majors. Of them, 931, or 56%, were in zones 21-23. Zones 11-13 accounted for only 24, or 1.5%. Combine that with the likelihood that pitches in those zones were likely to hit batters in the shoulder or back, I felt OK excluding them.

You need to be logged in to comment. Login or Subscribe
tearecrules
I'm assuming that MLB will prefer a technological solution instead of a rule-based one. I think the solution will be players being required to wear the Giancarlo Stanton style helmet with the jaw protector. This solution will not be imposed until someone gets injured or killed, and honestly maybe not even then. I think it's far more likely we'll see a pitcher killed by a come-backer than a batter being killed like Chapman.
Reply to tearecrules
mainsr
The problem with new safety devices, of course, is that they meet (completely irrational) resistance in some quarters. But I hope you're right about HBPs. (And, it goes without saying, I hope you're wrong about comebackers.)
Reply to mainsr