An Address to the Nation 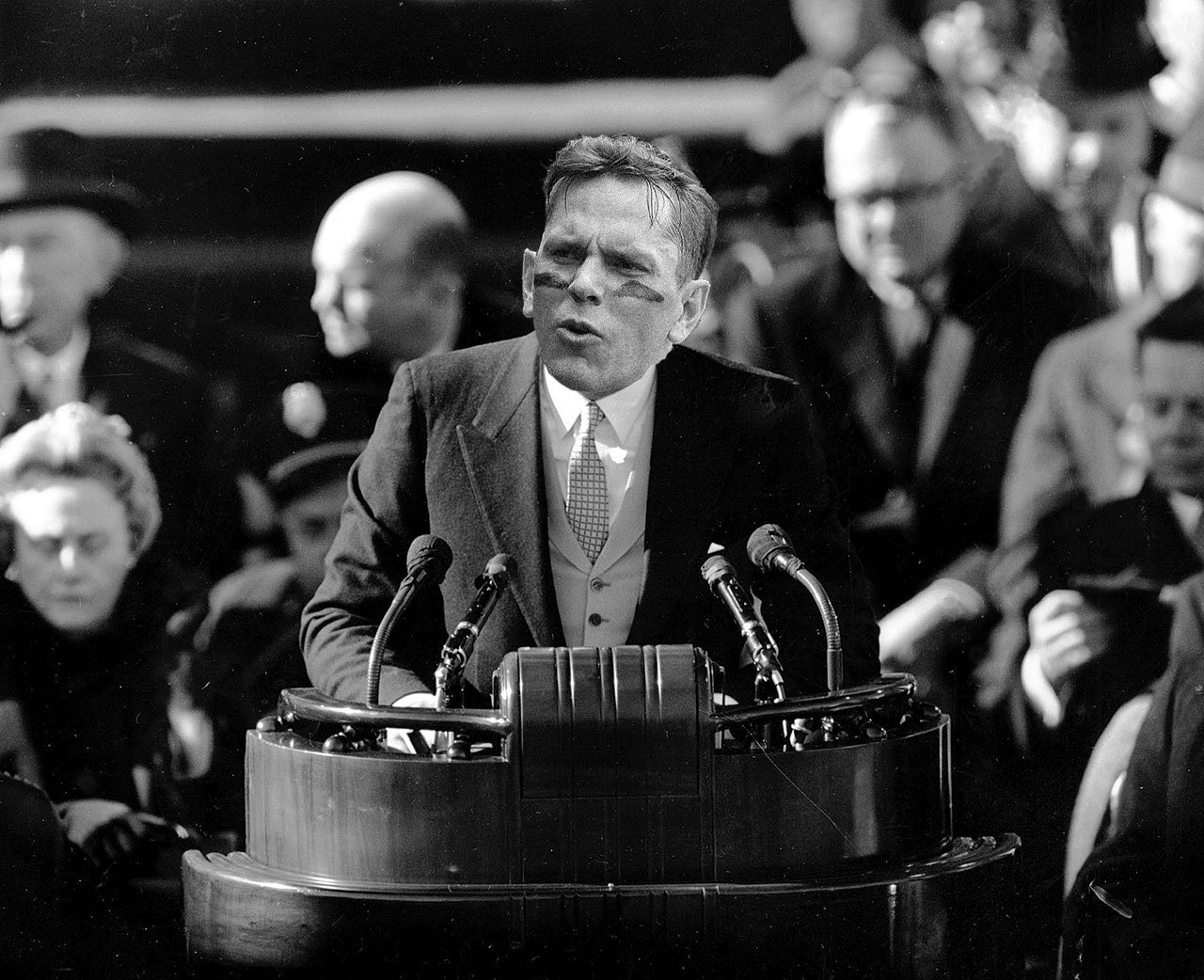 We may observe tomorrow not a victory of baseball player but a celebration of freedom–symbolizing an end as well as a beginning–signifying reinvention as well as steadfastness. The league is different now. For fans hold in their mortal hands the power to abolish all forms of ageism and all forms of large-market favoritism.

Let the word go forth from this time and place, to fan and hater alike, that the torch has been passed to a new generation of baseball fans–cultivated in this century, tempered by WAR, disciplined by a hard and bitter PED crackdown, proud of our team’s (not so) ancient heritage–unwilling to witness or permit the rapid undoing of those American ideals to which this sport has always been committed, and to which we are committed today at home and in the ballpark.

In your hands, my fellow voters, more than mine, will rest the final success or failure of my course. Since this selection process was opened to fan vote, each generation of fans has been summoned to give accurate assessments of league talent. The tweets of young baseball fans who answered the call to service litter my (largely neglected) timeline.

Now the hashtags summon us again to bear the burden of a long millennial struggle, year in and year out–a struggle against the common enemies of the game: apathy, lack of respect for veterans, inattentiveness to home run totals, and homerism itself.

Can we forge against these enemies a grand and league-wide alliance, East, West, and Central, that can assure a more fruitful All-Star Game for all fandom? Will you join in this historic effort?

Finally, whether you are fans of the Rays or fans of other teams, ask of us here the same high standards of loyalty and sacrifice which we ask of you. With a just roster our only sure reward, with history the final judge of our votes, let us go forth to lead the game we love, asking His blessing and His help, but knowing that here in baseball Rico Carty’s work must truly be our own.

All Summer in a Rain Delay 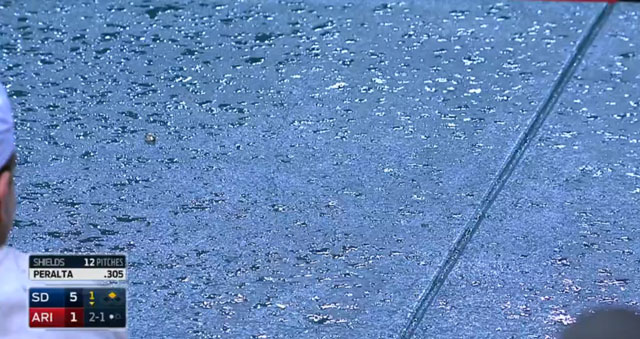 “Do the meteorologists really know? Will it happen today, will it?”

“Look, look, see for yourself!”

The children stared out the school bus windows like oil-painted portraits, motionless, peering at the sky.

The sun had shone for seven years; thousands upon thousands of days compounded and filled from one end to the other by unbroken blue sky, the silent shimmer of hot asphalt, a breeze so light that a moistened fingertip could not measure it. A thousand soldiers left scorched and a thousand replaced them. And this was the way life was forever in Phoenix, and this was the life of the children who filed out of their bus and through the turnstiles of Chase Field. The year was 2086.

Tyler stood apart from them, these children who could never even remember a time when there wasn’t sun. They were nine years old, and if there had been a day, seven years ago, when the clouds converged on the sun for an hour and cleansed the face of the earth, they could not recall. They joked about it, told lies, memorized lies, laughed, as the groundskeepers laid their dry chalk, clouds of it whispering into the dry air.

“It’s like a million tears,” he once said, his eyes closed.

“Everyone stops working,” he continued. “Cities stop. People go inside and wait, and talk.”

But he did remember, and as the pregame festivities waned and the video screens declared RAIN DELAY TODAY! he wrapped his patched windbreaker around him. He had grown up in a place called Olympia, a place where there were still trees, and in the spring, grass. He told the others about it until he realized it made them hate him. They hated his stories, his unburnt face, his straight, thin frame. He wished he could still tell the stories, because it helped him remember.

A boy shoved him as they walked through the concourse. “What’re you waiting for?” Another sneered. “You won’t see nothing.”

“Nothing!” the first cried. “It was all a joke, wasn’t it?" He turned to the other children. "Nothing’s happening today. Is it?”

They all blinked at him and then, understanding, laughed and shook their heads.

“But…” Tyler whispered. “Today is the day, the scientists predict, they know… the rain delay.”

“All a joke!” said the boy, and on a signal a half dozen grabbed hold of him. They opened one of the portable toilets lining the concrete walls, tossed him inside, and jammed shut the handle with a swiss army knife. They watched, breathless, as the plastic shook against his fists, then listened to his cries.

“Ready to take your seats, children?” the teacher called.

The haze had built up as they filed into their upper-deck seats, sky tinged more gray than yellow. The game played out as they all do. Then one girl felt something, a pinprick, a top on the shoulder by god. Then another twitched, squinting upward. Then another. A smell washed over them, a heady tincture of nitrogen and the past, a soft sheet laid over the world. The children opened their eyes all the way, stripped off their sunglasses. Some stuck their tongues out, others stripped off their shirts and held their arms outstretched. The game, barely noticed before, halted. The crowd was silent, until the crack of thunder brought them to life, and they began to run, through the aisles and down the stairs. More and more people poured onto the field to join the players, sliding and tossing the growing mud of the outfield. They ran and jumped in the storm, gargled the water and spat it out, ran fingers through wet hair, looked at everything and savored everything. They screamed and sang until they grew deaf from the noise, and then realized, at once, that they were not deaf, that the rain was softening, and they began to hold each raindrop, cupping their hands and feeling, memorizing the moisture in the lines of their hands. And then it was over.

Everyone waited a moment, in disbelief, and then, sadly, an umpire made a motion with his hands, and the walk-up music of a batter played. Adults and children returned to their assigned seats.”

“Will it be seven more years?”

They sat, and found one chair still empty. One of them inhaled sharply.

No one moved, or looked up.

They looked at each other.

“Go on,” whispered the girl.

They walked slowly up the aisle to the concourse. Enterprising vendors were already selling plastic cups of rainwater for fifty, eighty dollars. It would be two-hundred by the end of the game. They slowly walked over to where it had happened, and found the portable toilet on its side. Within was only silence.

They pried open the handle, even more slowly, and let Tyler out.