Watching an episode of a cartoon prepares you for a variety of oddities and goofy plot points. While many plumb the depths of the human condition, cartoons just as frequently indulge in slapstick and gross-out humor, in fantastic scenarios and scientific impossibility. That’s the joy and value of the medium: to stretch the constraints of the live-action TV show.

And yet, Pokémon’s latest episode, released just last week in Japan and awaiting a late-summer debut in the United States, is an affront to all written and unwritten rules of baseball. I watched it—definitely legally, mind you!—with poor, clearly unedited subtitles written by someone with little grasp of either baseball, or American baseball terminology. The story as I was able to interpret it:

A famous ballplayer for the Koi Kings, Oruoru, arrives in the classroom of Ash Ketchum, our protagonist, at the behest of Ash’s teacher and principal. After seeing the star player on TV, Ash and friends had decided they wanted to learn to play “Pokébase,” and so his appearance comes with the appropriate pomp. They promptly divvy themselves into two teams of six:

The game features highly stylized power-up moves (Kiawe throws an “inferno overdrive ball”), and it clips along in the oafish and fundamentally-lacking manner one would expect. However, late in the game, Popplio manages a trickler through the left side of the infield on the aforementioned heater. Ash rounds third and heads for home, but is stopped in his tracks by the formidable Turtonator, with brazen disregard for the Posey Rule. 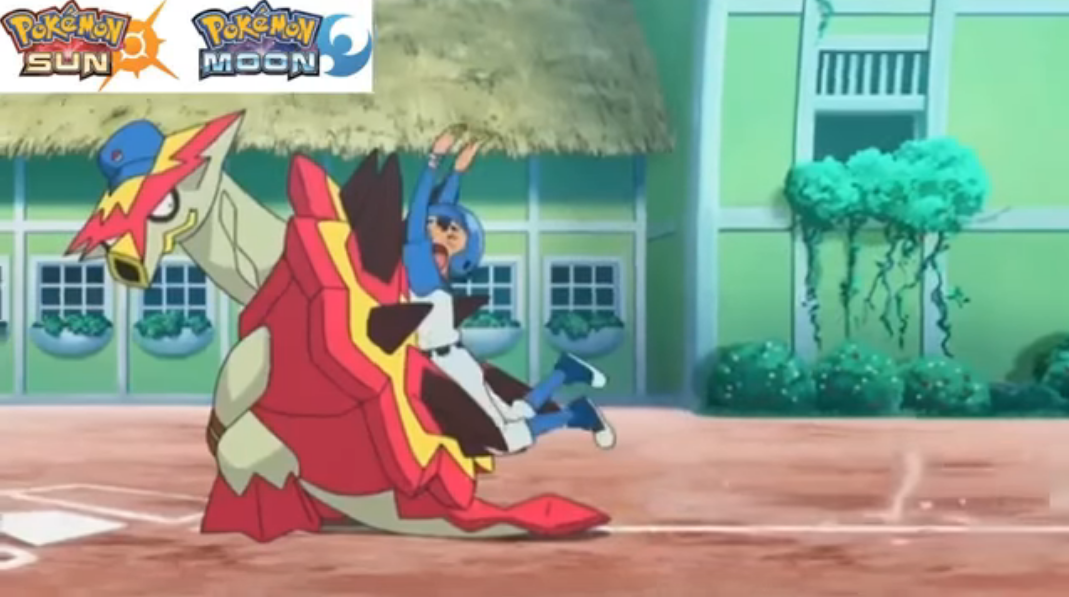 Turtonator erupts, wantonly, and Ash is burnt to a crisp.

This is just the first of a series of transgressions, though. After Team Rocket challenges the kids to a game to win Oruoru’s autograph, antagonist Jesse doesn’t hustle out of the box and gets thrown out by a step at first. Shortly after, pitcher Mimikyu (a ghastly Pokémon who mimics Pikachu’s looks, and who clearly has seen some stuff, man) slings a ball at Pikachu’s head, and the team replaces it with Meowth, revealed to have committed himself to an Arrieta-esque conditioning program. One must question why the crafty and powerful Meowth didn’t get the start in the first place in this elimination game. Shoddy management, however, coincides with the teams’ other deficiencies.

Trailing by a run with one out remaining, the school kids entrust Oruoru’s Pokémon, the slovenly Snorlax, to plate two runs. Meowth serves up a meaty offering that plunks Snorlax’s bat, but the latter doesn’t run; his trainer, Oruoru, must coax him into sprinting around the bases. With the game’s end in sight, Snorlax leaps several stories into the air and squashes Wobuffett, Team Rocket’s catcher, causing the punching bag Pokémon to drop the ball and presumably sending yet another Pokémon to the well-populated concussion DL.

Ash’s team scores only a pyrrhic victory, and Oruoru kindly hands Jesse an autograph anyway. The confused stakes of the game match the players’ poor fundamentals and poorer sportsmanship. A travesty on all accounts.

A Fight, A Flame, and a Possible Future? 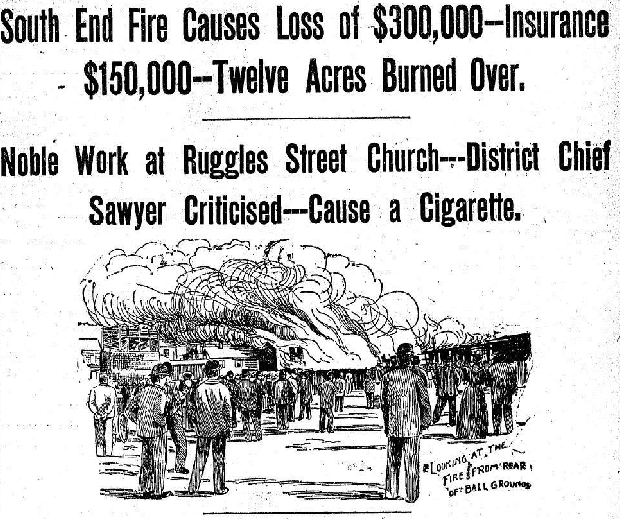 Both fans and players like to believe there is a connection between what occurs on the field and in the stands, that thunderous applause will spur a player to drive in a crucial run in a close game, and chanting the opposing pitcher’s name will put him entirely off his game. While there is no true way to quantify this relationship, if it exists at all, it is necessary to begin the research with May 15th, 1894’s Baltimore-Boston game.

It was a hot, humid day in May of 1894 when the Baltimore Orioles faced the Boston Beaneaters in the second of a three-game series. The Orioles smoked Boston 16-5 in the first game and decided to up the ante in the second. As Boston’s first baseman, Tommy Tucker, blazed into third base in the second inning, the notoriously hot-headed John McGraw inexplicably kicked him in the face, sparking a heated exchange between the teams.

Though the umpires eventually separated the teams, they could do nothing to suffocate the violence fanning throughout the stands. As fans jostled with each other, either a burning peanut bag or a lit cigarette slipped through the wooden bleachers in right field. Still seeing red from the fight, the fire went unnoticed by the teams until Boston’s right fielder, James Bannon, attempted to stamp it out. Unused to assuming the dominant position in the stomper-stompee relationship, Bannon’s attempts were futile, and soon the fire spread throughout the stadium.

As little that occurs within a ballpark in Boston is separate from the city itself, the conflagration soon engulfed neighboring buildings, destroying 206 in total. The teams concluded the series in the less smoky Congress Grounds park, but Baltimore continued to smoke out the Beaneaters, winning the pennant while the Boston club finished a distant third.

While it is almost always worthwhile to revisit history, with the impending four game series between the Orioles and Red Sox, it seems particularly apt. The two teams have exchanged a well-documented number blows this season, sparked by an equally bizarre and improbable event. The two evenly-matched teams may strike at any moment in the series, and

although Camden is likely less flammable than was the South End Grounds, spare ballparks have dwindled, and so for the sake of the city, it might be wise to have on hand a number of emergency extinguishers.

And if the ballpark doesn’t catch fire, Mookie Betts certainly will.

But does one gotta have wah in order to succeed at Pokemon?
Reply to BrewersTT