Grips That I Thought Existed as a Child

Baseball was, I suspect, a different experience for me as a child than it was for most people. My parents were disinclined to acknowledge the game’s existence, and the best I could approximate the events on my 11” television was with yellow plastic wifflebat and ball in my gravel back yard. I was an only child. At school, a vengeful reformer indoctrinated us in kickball as the base-oriented sport of choice, though most kids preferred the one-quarterback-and-twenty-wide-receiver variant of touch football as recess-filler. In other words, when it came to the actual practice of baseballing, my imagination was, for a large portion of my development, unfettered.

I knew that there were different pitches, because I heard the names for them, but I didn’t know what they looked like. You know, 11” CRT television. So with that in mind, here is a breakdown of how I thought different pitches were thrown, using this Mickey Mouse baseball that for some reason is in the kids’ playchest in my living room: 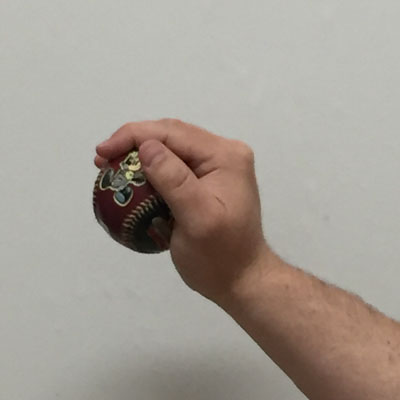 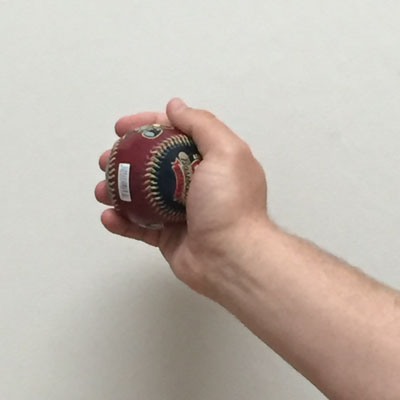 Same as a fastball, except with falling over as you’re throwing it. 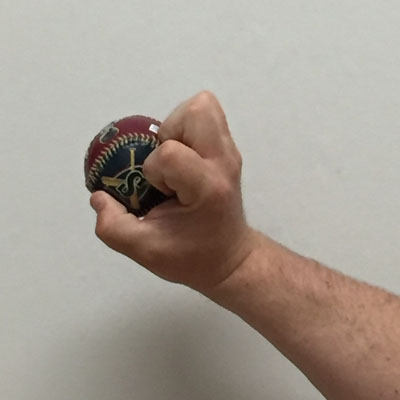 They said the knuckleball is hard to throw, and they weren’t kidding. I tried this in Little League one summer because even at age 10 I knew my fastball wasn’t going to be enough. I don’t think I ever got it to reach the plate. My coach didn’t care for me much. 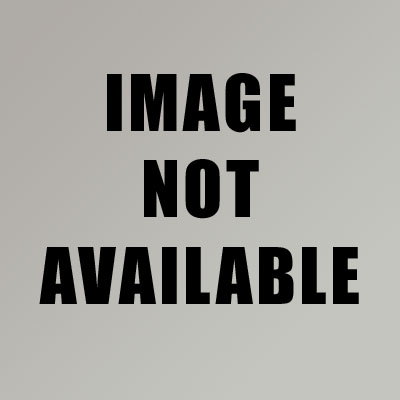 Even as a sheltered pseudo-athlete, I knew that throwing a single curveball would make my arm fall off and explode simultaneously. 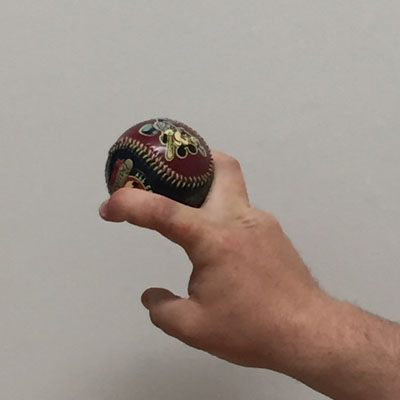 I’ll be honest; I didn’t really get this one. I knew that you were supposed to split your fingers as far apart as they could go, to the point where it actually hurt and possibly deformed you. What was supposed to happen after that? (Confession: I actually still don’t know what’s supposed to happen. No, don’t explain it in the comments. If I wanted to know I could have looked it up by now. Life is better with a few closed doors.) 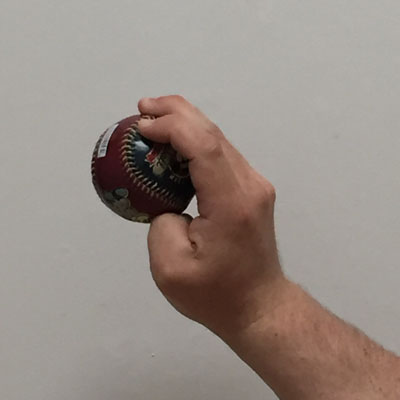 I honestly thought that screwballs spun in a centrifugal motion by spinning the ball as it left the hand using the tucked-in thumb. I couldn’t get it to work, because it’s the dumbest idea for pitching that was ever created. In a way, it’s fortunate. How terrible would it have been had I shown some modest ability, enough to drag me through the ignorance of unfounded hope? It was already bad enough that I had long enough fingers to waste three years in undergrad learning the guitar. Sometimes the best favor life can do to you is prune a branch of your possible future right at the trunk. 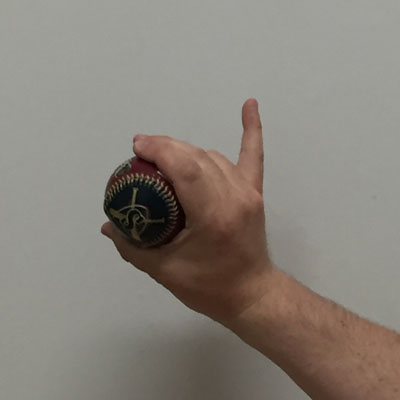 Baseball is all about positive thinking, and how much more positive can you get than by donning the veneer of aristocracy?

So there you go: the secret pitching skills of a man who once threw three consecutive no-hit innings in Little League. Before you judge me, remember that I never had a father willing to teach me how to grip a baseball. Unfortunately for my one-year-old son, he does.

The One-Act Play of Wayland Dean 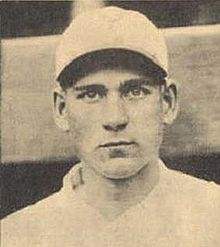 Much of baseball’s appeal stems from the fact that it mimics life. Each season and career is a hodgepodge of triumph and tragedy. Some make it through relatively unscathed while others fall victim to seemingly random events. At the end of it all, we are left with fragments we franticly force together, in hopes of creating something that offers relief from the unbearable discomfort of the unknown. But there are some people for whom the story remains uncomfortable.

Wayland Dean burst onto the baseball scene in 1924 with the New York Giants, after they purchased his contract from the Louisville Colonels of the American Association. He was labeled the most sought-after player in years, drawing comparisons to Christy Mathewson and Leon Ames. Over this first four starts, he lived up to these lofty expectations, but the remainder of the season slowly pulled him back to earth. The 1925 season offered him a fresh start, but he again demonstrated that sometimes it takes more than Great Stuff to succeed, and after refusing to sign a contract with the Giants, he found himself shipped off to Philadelphia.

Phillies fans, seemingly unaware of his previous two seasons, heralded him as their most important acquisition. Manager Art Fletcher assured Dean he would be shielded from criticism and would be allowed to pitch under whatever conditions he wished. He chose failure. Though he provided some offense, he could not compensate for the 111 runs he surrendered and ended the season 8-16.

He did not pitch more than 8 games the rest of his career. In May of 1927, the Phillies suspended him for a 2-day period of unexplained physical absence and a 2-year period of talent absence.

In June, the Cubs purchased him under the assumption that their manager Joe McCarthy, previously his manager with Louisville, could return the young pitcher to his former glory. McCarthy could do no such thing, and the Cubs returned Dean to Louisville, now a broken man, aged beyond his years. He made only four more starts in his career before being diagnosed with tuberculosis and forced into early retirement at the age of 25. He died three years later.

Following his death, McCarthy remarked that Dean was inarguably the most talented player he had ever sold to the Major Leagues. It is not uncommon for players to flame out in the majors, but these stories typically end more resolutely. Either the player makes a successful comeback or is undeniably a failure. For Dean, the imagined future is less certain. We do not know how much of his career was impacted by his tuberculosis, or had he survived if he could have reinvented himself as a competent pitcher or position player. Beyond “tragic,” we do not know how to label him.

There is no comfort to be found in his life or death.

Tony Gwynn, the best post-integration contact hitter (save for perhaps Nellie Fox), had a 4.2 percent strikeout rate, or about strikeout per week. His season worst was 40, a total Chris Davis has topped in a month six times. His career strikeout total: 434.

That’s a good number. It’s probably my favorite eponymous baseball number, better than 56 or 73 or 2632 or even the sex number, because it’s not a record but instead a moment. In a game of milestones, it’s a mile marker that people are passing every day without noticing. There are 171 "active" players with more than 434 career whiffs, including basically all the good ones. A few dozen are still in their 20s and some just turned 25. Nine of them have fewer than 2,000 plate appearances, compared to Gwynn’s 10,000.

Some had fine careers and stopped just short of 434, like Cesar Izturis, Erubiel Durazo, Daryle Ward, and Freddy Sanchez. They’ll never know what they missed. Yuniesky Betancourt, fittingly, finished with 435.

Kole Calhoun, Mike Moustakas, Nicholas Castellanos, Evan Gattis, Wil Myers, Brad Miller and Zack Cozart all passed the 434 mark this year. Mike Zunino is at 434 right now and currently in the minors, which means he is broken down on the side of the highway, just looking for a ride. He’s calling his cell phone for a ride but just not making contact with anyone. Everth Cabrera is super close, but stopped two exits away for gas in the minor leagues. George Springer, DJ LeMahieu, Jose Abreu and Salvador Perez should pass it this month, assuming the league does not step in and replace all baseballs with honeydews.

We may not know what layeth at the end of this particular highway, way beyond mile 434, but all we know is that Jay Bruce is absolutely flooring it.

You need to be logged in to comment. Login or Subscribe
adrock
Great stuff all around!
Reply to adrock
mattsussman
growing up I thought a breaking ball was a pitch that would instantly result in a broken bat
Reply to mattsussman
Ambrose Benkert
I had never heard of Wayland Dean, but his story brought to mind that of Tony Horton, a promising first baseman for Cleveland in the 70s who suffered a nervous breakdown in mid-career and was never heard from again.
Reply to Ambrose