In the coffee shops that blanket the cinematic and television landscape (and presumably at least dot the real-life landscape), there are baristas and also less pretentiously named workers who learn the preferences of frequent customers and, after some repetition, whip up the regular orders without a word needing to be said. The clearer their wishes, the more likely they are to be fulfilled.

The relationship between pitchers and their regular customers is basically the polar opposite.

A hitter achieving that bliss of having their expectations confirmed is the surefire sign that something—anything—needs to change, and probably will in short order. At some point during or shortly after a hot early summer of 2016, in which Wil Myers regained the form that made him the centerpiece of two much-discussed trades, pitchers stopped giving Myers what he wanted.

This happens all the time, of course. The league starts approaching good hitters differently because they are good. Often, these good hitters see fewer strikes and fewer fastballs and so on and so forth. The trademark good-hitter reaction is to spit on more and more pitches and take walks and work to get those drive-able offerings that emerge from deep counts or mistakes.

It doesn’t work for everyone, though. After the All-Star break last season, Myers fell off significantly. There were a lot of potential explanations. BP’s Dustin Palmateer previously covered two particularly odd adaptations Myers developed in response to his perhaps unwanted dose of outside and off-speed pitches. A month in to his 2017 campaign, Myers has made noticeable changes to his approach, swinging at nearly half the pitches he’s seen so far, a nine-point bump compared to 2016.

In particular, he’s jumping at the chance to swing at inside fastballs. Look at his swing rate rise and concentrate itself from 2015 through 2017.

The results so far? A career-high line-drive rate and big slugging numbers, but also an elevated strikeout rate and a microscopic walk rate stemming from a walk count of precisely three (in 129 plate appearances).

Though it’s naïve to expect those extreme numbers to stick, Myers appears to be revealing his thought process nonetheless: I like hitting fastballs, even if I have to swing early and often to get them.

How long can he live on the edge?

Joey Votto or Matt Carpenter or prime Jose Bautista or, you know, Mike Trout, earn plaudits for getting the pitches that turn their eyes into heart emojis without compromising their control of the count. Part of that ability, though, is cultivating relatively expansive comfort zones of both locations and trajectories they are comfortable swinging at and launching.

Other hitters, like D.J. LeMahieu or Dexter Fowler, control the count and get good pitches to hit, but leave a good bit of power potential at the altar of the on-base gods. Which is fine. They are making the best of their abilities, probably.

Myers doesn’t fall into the first camp, and it doesn’t look like he wants to fall into the latter one. Instead of choosing between selling out for power or covering the plate in deep counts (which is kind of the picture his 2016 stance dance painted), he is eschewing the deep counts. But that trade-off is still central to the question at hand.

He doesn’t change his stance in plate-coverage situations, anymore. To my eye, he’s settled in to a relatively relaxed middle ground between his previously preferred fastball mashing setup (a straight-up, shouldered-bat statue look you might recognize in Cody Bellinger) and the off-speed protection stance (which saw him take a sort of half-Jason Heyward crouch).

So what is he trading for what? 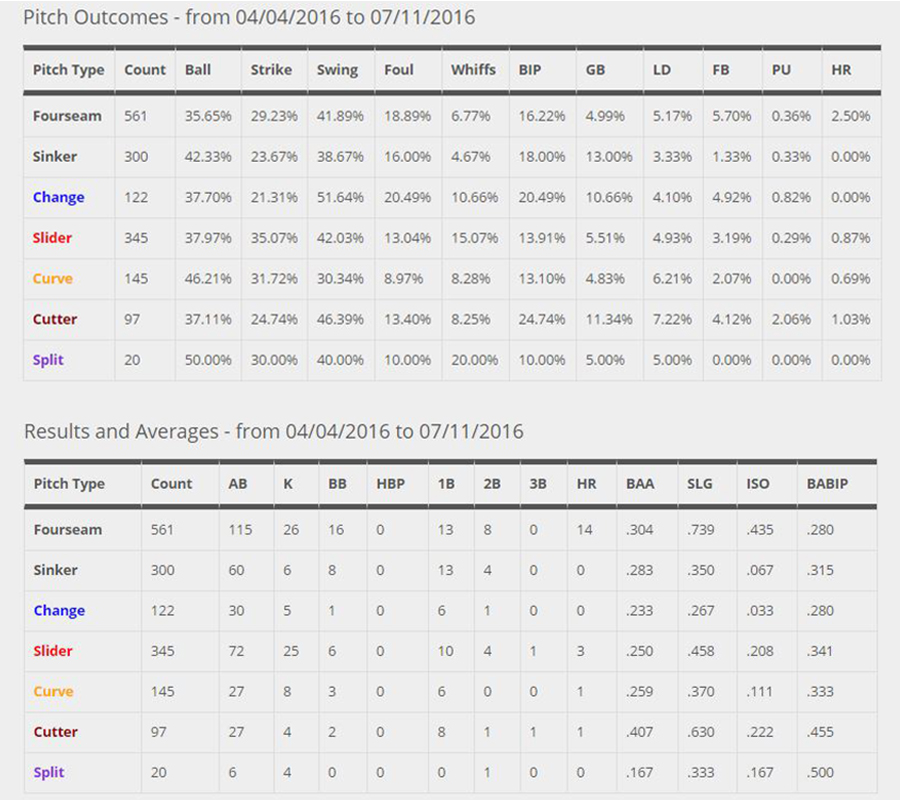 In short, one major of difference between the good first half and bad second half of Myers’ 2016 was how often he put fastballs in play. 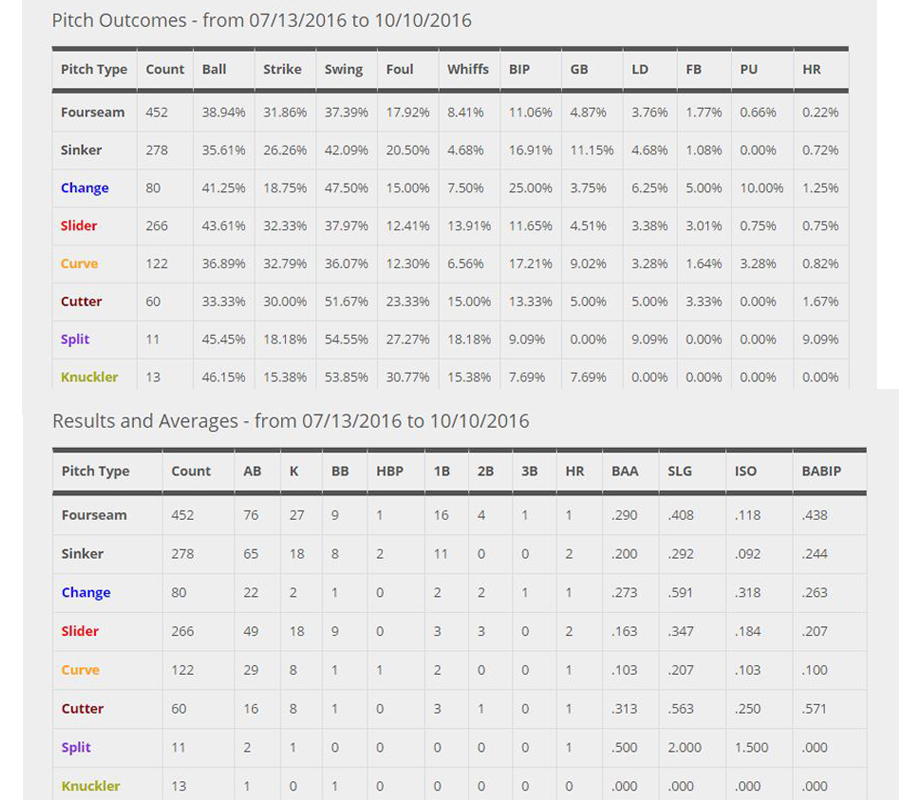 The results sunk with the proportions, and whether that’s attributable to a more limited ability to look fastball or simply swinging at worse pitches to hit, his 2017 has been a study in reversing that phenomenon.

To be clear, Myers is swinging more at everything. What with the decreased contact rate and increase chase rate, it doesn’t look like a super viable long-term strategy, but he’s already demonstrated an aptitude for plate discipline. If his contact is this much more effective right now, why change?

His .496 slugging percentage in 0-2 counts over the course of 2016 was the highest in baseball among hitters who took 400-plus trips to the plate. Sure, his OPS was only fourth, thanks to the lackluster on-base numbers, but that’s still excellent. And we’re back to this: How much should Myers work to cover up his weaker on-base skills if it limits his ability to tap into his power-hitting strengths?

Myers appears to be trying out not at all as an answer. It’s going pretty well!

… he might get another shot at deploying his aggression against intimidated pitchers.