Last week, it was reported by Teddy Cahill at Baseball America that the American Baseball Coaches Association’s committee on pace of play was considering putting a digital headset in catchers’ helmets, similar to those used by NFL quarterbacks, so coaches could more quickly relay play calls in-game.

Cahill noted in his piece:

“An average of about 300 pitches are thrown every game and, in college, most coaches call the pitches from the bench. Relaying signals to their catchers takes time, which could be reduced with a headset. If a headset shaves even three seconds off the average time between pitches that would cut a total of 15 minutes off the length of a game.”

The proposal raises a lot of interesting questions about the effect such technology would have on the development of college catchers as game-callers, the real time savings to be had, and whether this is even a solution to the right problem. Those are good, worthwhile questions, but the whole debate got me thinking about another: assuming such a change made its way through the college game and to the pros, what would they talk about anyway? 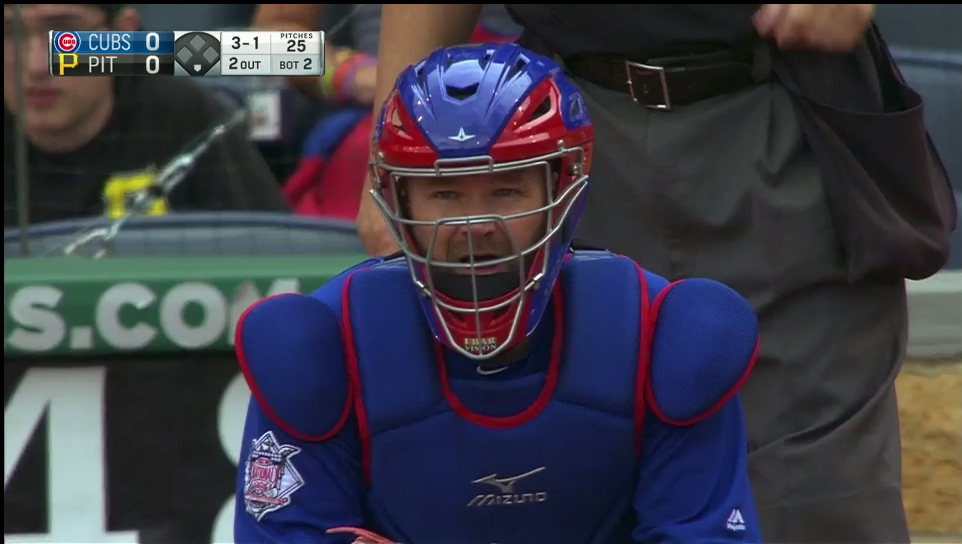 ROSS: Okay, Joe, it's Harrison next, what do you want do? 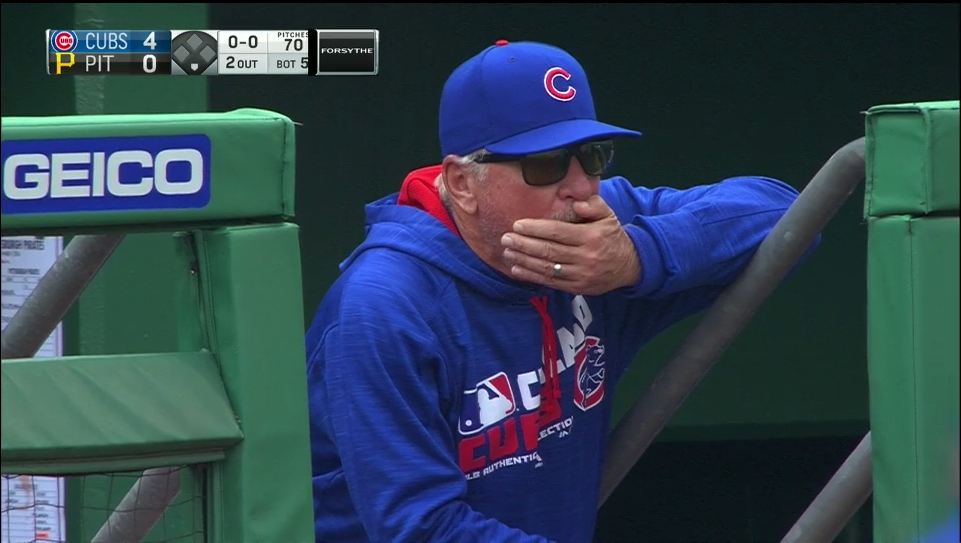 MADDON: If I put you in left and move Zo to sec-

MADDON: Then Bryant can play right and we could put Javy at- 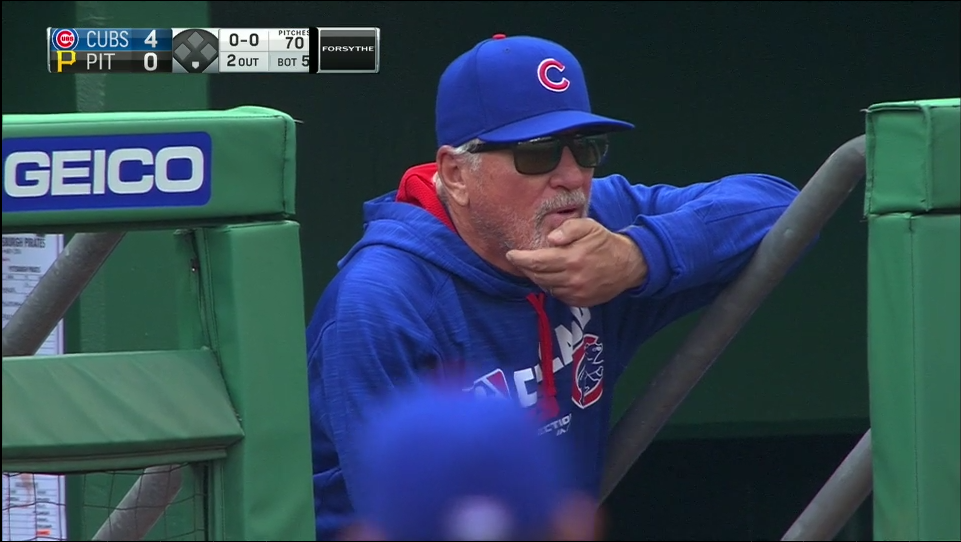 ROSS: Ok, the fastball was a little outside…I don't wanna double up, slider or change?

MADDON: And then I'll take Javy out and bring in say… Strop in a double-swit- 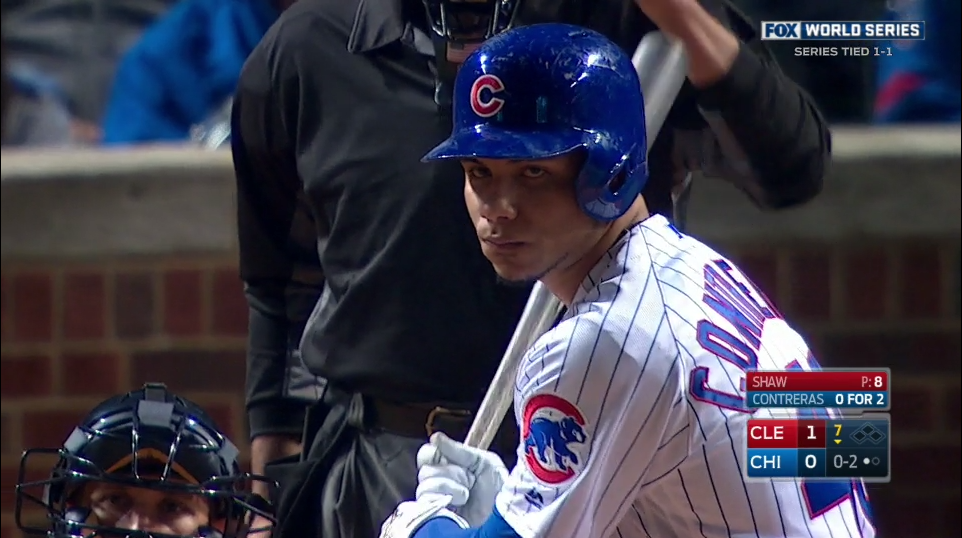 GOMES: You just put in new chew, didn’t you? You put in a new wad of that chew. Right before we need to talk. Right when the headset turns on. 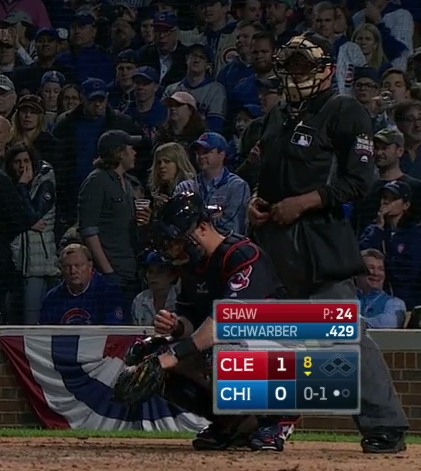 GOMES: Do you have any idea how that sounds in the headset? Awful. Oh god, I can’t look. I can’t look at you while you’re chewing that stuff. And then you spit out th— (smack smack smack) DO YOU HAVE TO MAKE THAT SMACKING SOUND?

SCHWARBER: Wait is that— are those seeds in— is that gum? 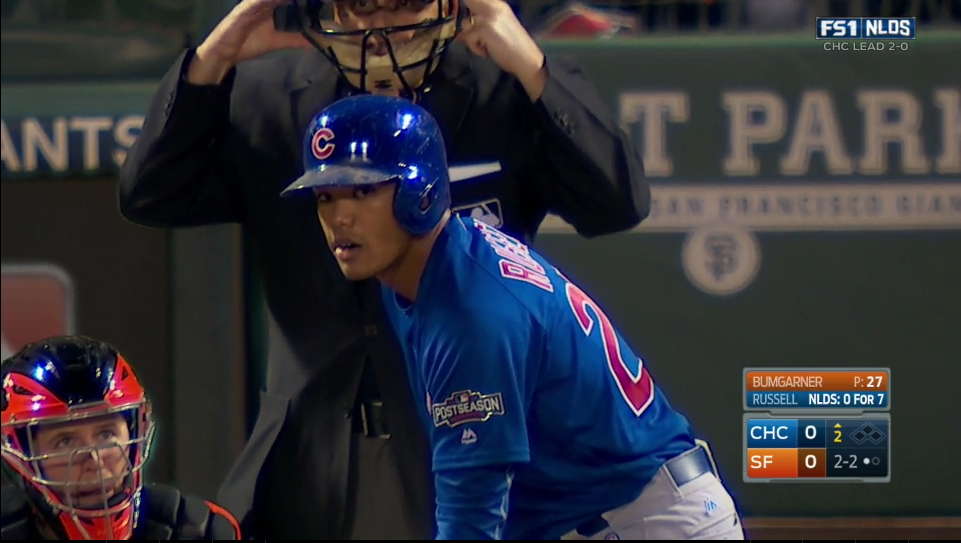 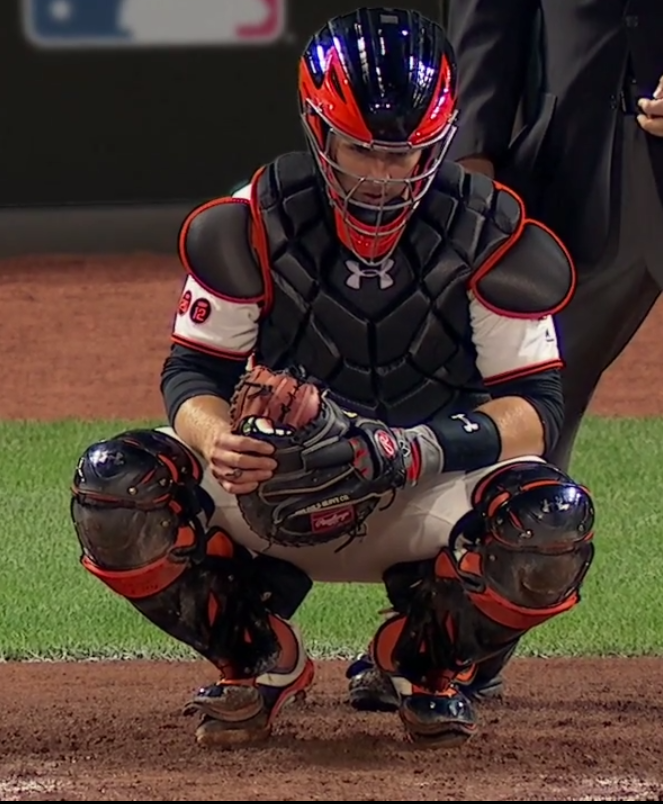 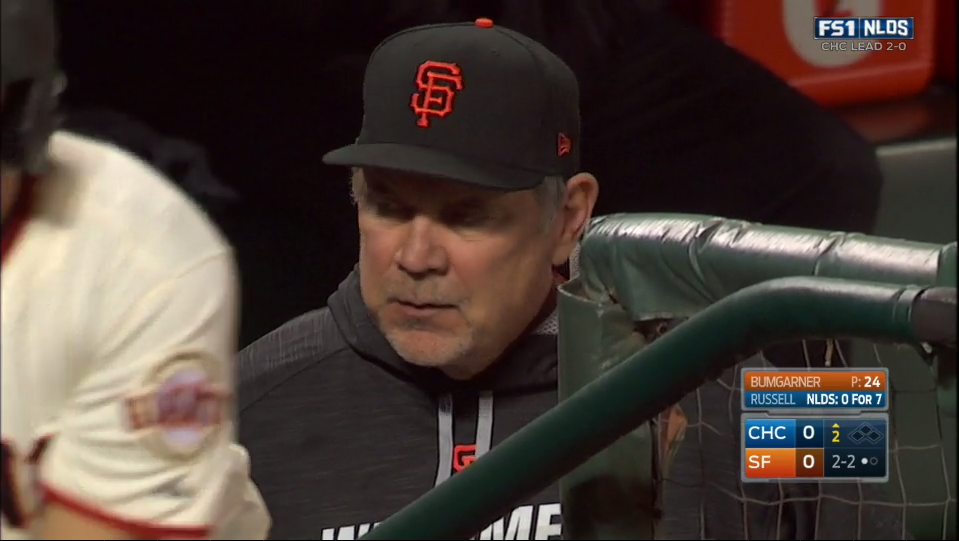 BOCHY: Buster, I don’t think now is the—

POSEY: He once said, “Both in thought and in feeling, even though time be real, to realise the unimportance of time is the gate of wisdom.” Not a fan of a pitch clock, Bertrand. I bet he—

BOCHY: Buster, can we just—

POSEY: Fine, fine. Here we go. Hey Bum, did I ever tell you…

… Well, that could have gone better. 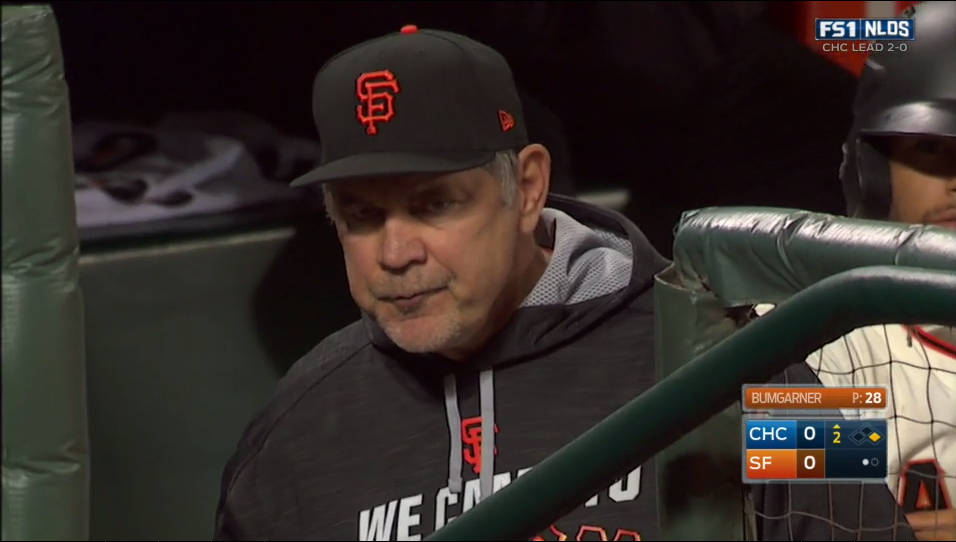 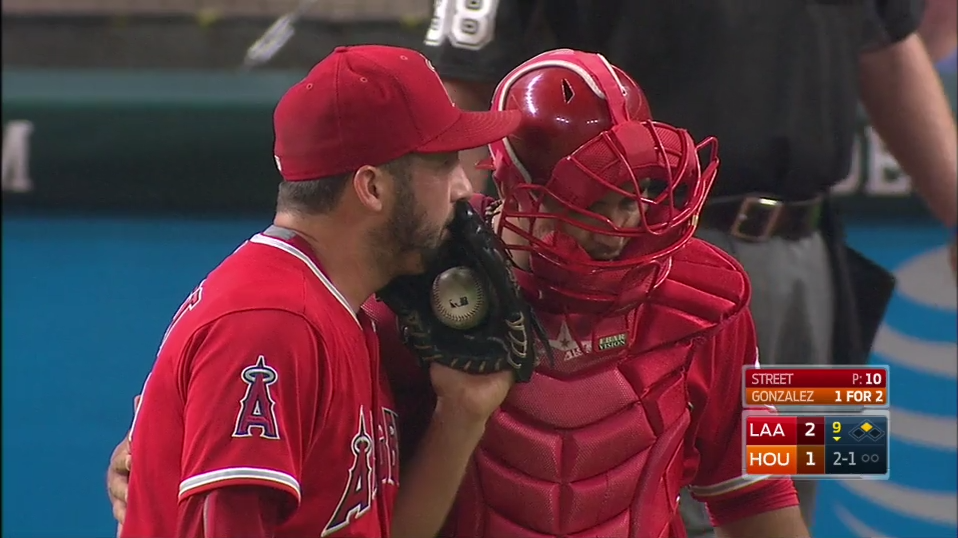 PEREZ: He couldn’t have said he wanted another baserunner, right?

STREET: I guess we should just… 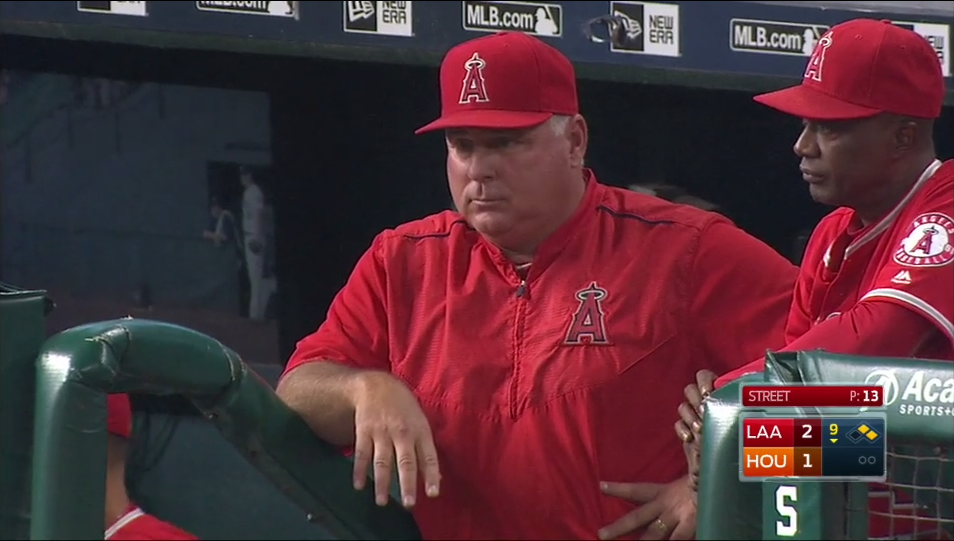 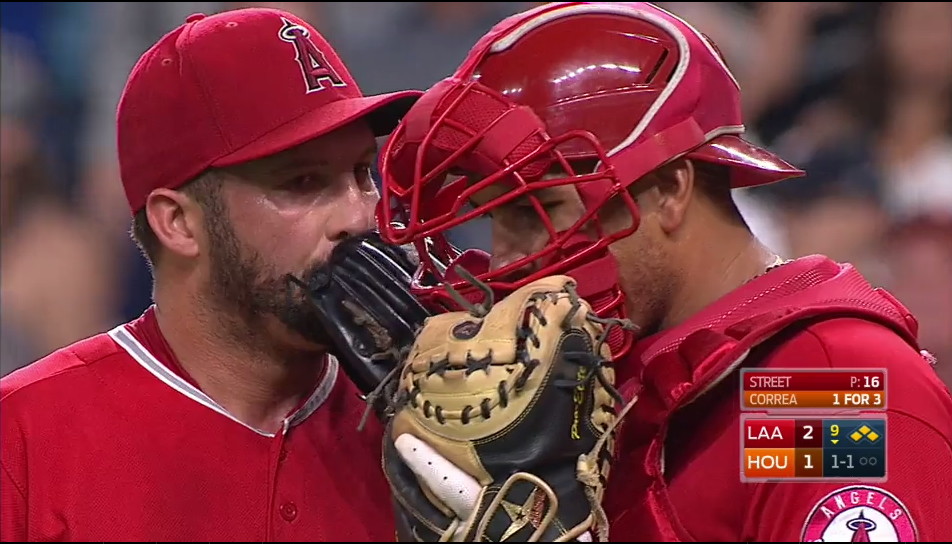 STREET: Look, I really don’t think we should let them score… 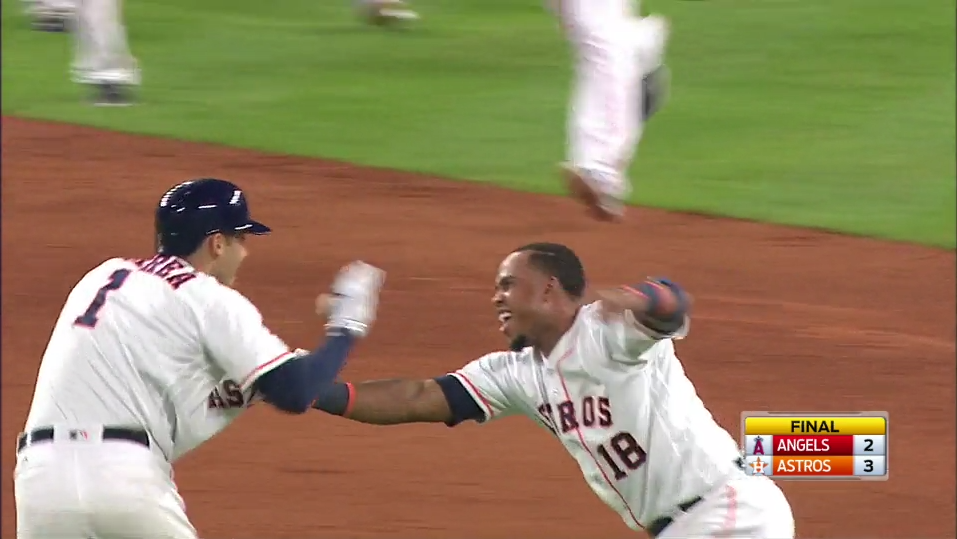 ROENICKE: Realllly should use that headset, Mike.

You need to be logged in to comment. Login or Subscribe
3FingerTimm
You don't think Bochy would complain about his name not being spelled right? Or does an "E" come with the third WS title?
Reply to 3FingerTimm
megrowler
It mostly comes with me being a dope. Should be fixed now. I apologize to Bruce and his entire family. Thanks for reading!
Reply to megrowler
tearecrules
Don't be so hard on yourself Ms. Rowly.
Reply to tearecrules
3FingerTimm
Still a good piece.
Reply to 3FingerTimm
tearecrules
How would a game of telephone between only two people get to "purple monkey dishwasher"?
Reply to tearecrules
mattyjames1
I don't quite understand the purpose of this article. It seems like something I'd find on buzzfeed.