This Game: Watch me
Me: I want to. I watch a lot of baseball, and I went out and bought a sandwich for this. It's just…
This Game: Yeah?
Me: You're the worst game.
This Game: Nah.
Me: Really. You're the worst worst game I've ever seen. Five times I've tried to watch you, and five times I've failed. I have made it to the eighth inning, to the seventh, to the sixth twice, and to the third, but every time I gave up before you could kill me.
This Game: Nah, I'm not that bad.
Me: You're that bad. You're Bartolo Colon's bat with Jose Molina's speed with Billy Butler's glove, each of which can be entertaining on its own, but together they're not entertaining because together they're just my friend Paul, who sells insurance. You offer nothing, which is really something coming from a guy who can be entertained for hours by a gum bucket.
This Game: Nah. Try again. Trust me, try again.

This Game: C'mon. What was so bad about it?
Me: It had a bad vibe from the start. I knew within five batters This was going to be the worst Game of the year. Edwin Jackson, who had the worst ERA in the league, was starting, and he allowed six runs in the first inning, which, incidentally, was an inning that took 41 minutes. Then the Cubs, playing for nothing, brought out a bunch of relief pitchers I've never heard of to throw mop-up work, while all the while Clayton Kershaw was scuffling miserably to get through five. The first four innings took an hour and 52 minutes. One hundred percent win probability was reached by the top of the sixth, after which the September rosters turned this into a spring training game. I had to watch the Dodgers do their stupid bubble thing in the dugout over and over, while I couldn't watch Kris Bryant at all because for some mysteeeeerious reason he didn't get a September call-up. Mostly it was so bad because, after Jim Deshaies started his broadcast with "If baseball hadn't been invented, somebody would have figured it out for today," and the next four hours were a convincing argument for why in Deshaies' scenario baseball hadn't been invented. Deshaies, incidentally, still has his appendix. His partner, Len Kasper, does not. I know this now, because This is the sort of Game that leads to appendix talk.
This Game: C'mon. Give it one more try.
Me: On what grounds?
This Game: Clayton Kershaw is pitching! He's going for his 20th'win. I don't care how cool you act on your internet radio show; you're still that boy scanning for black ink on the back of a Topps card, and 20 wins still means something to you. I'm going to make sure he gets that win by giving him six runs in the first inning.
Me: And then I have to watch him kick stones all the way through five. Two runners or more in every inning, 100 pitches before he's out of the fifth. This is him celebrating that 15th out to secure that 20th win: 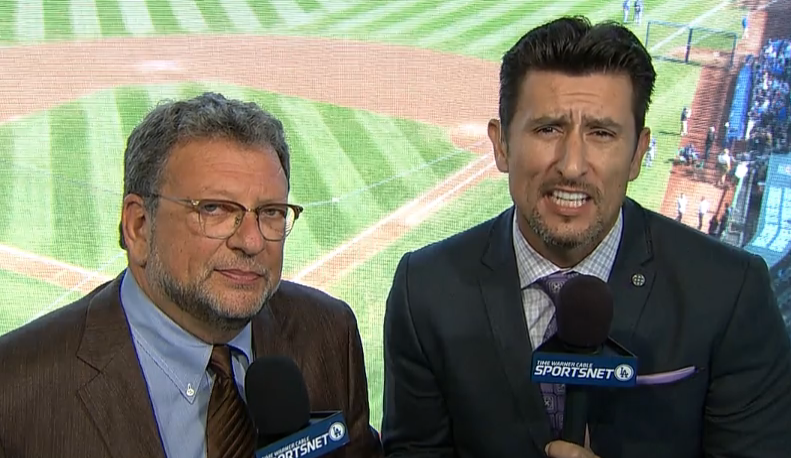 This Game: But the weather. It's so nice.
Me: Oh, sure. Weather talk. Bob Seger talk.

This Game: You don't like "Night Moves"?
Me: It's not that I don't like it. It's more that, like, when I hear it I feel like I'm in a non-serious place. You don't hear "Night Moves"'unironically these days. These worst games always, without fail, end up somewhere strange and silly, but this is literally the first inning and I'm already hearing "Night Moves" playing as the outro music because this game is already unserious. And, really, what do I care that it's sunny? You know what it means that it's sunny? Weather talk, all game long.
This Game: And pictures of ice cold beer.
Me: Yup, pictures of ice cold beer.
This Game: See?
Me: Oh. You're serious? I'm supposed to be into seeing pictures of ice cold beer?
This Game: If they're shot elegantly. What if we hired a guy who is working on a feature-length documentary composed entirely of artsy beer shots?

Me: That's, actually, that's not what I was hoping to see in This Game.
This Game: Aww.
This Game: How about some dad-bros freaking out about the home run ball they almost, but didn't, catch, while a solemn yellow sadness looms over their shoulders? 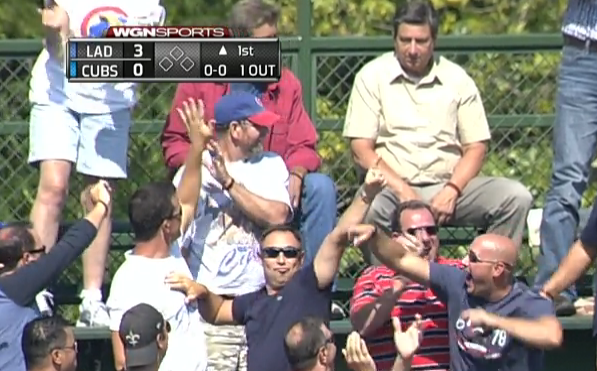 Me: No.
This Game: People who have never learned how to wave?

Me: No.
This Game: Larry King representing the universal human emotion known as watching This Game?

Me: No.
This Game: Clearly labeled telephones, in case managers have literally never been in a dugout before? 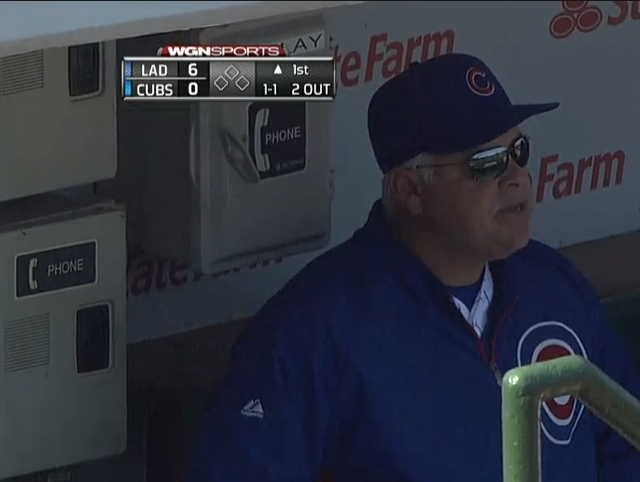 Me: No.
This Game: What about Larry King throwing a baseball?

Me: No.
This Game: The entire universe fall asleep from boredom and have to shake itself awake?

Me: No.
This Game: Yasiel Puig's bat flip after a walk?

Me: What? That's… that's nothing. That's just him tossing a bat. No.
This Game: The moment when Diana goes from uncomfortable to scared?

Me: No.
This Game: A man with big muscles flee a home run ball, then look down on the ground as though he of all people deserves to have that ball?

Me: No.
This Game: Lonely kid playing out the last few innings?

Me: No.
This Game: A ball rolls away, creating the very minimum amount of awkwardness necessary to think to capture the video, but not enough awkwardness to justify making a GIF out of?

Me: No.
This Game: Somebody flipping off the camera for no reason?

Me: Actually, yeah.
This Game: Well then. Like I said. Watch.

You need to be logged in to comment. Login or Subscribe
hotstatrat
I was going to write something somewhat personal and interesting and profound - about how intelligent people can possibly enjoy watching ANY baseball game, but I'm sick of getting minused for the effort I put into my comments. Anyway, the answer is here. Thank you, Sam, for these giggles.

Reply to hotstatrat
beeker99
Woof - that game was a pretty bad game.

Great beer shots, though.
Reply to beeker99
jaybook
You have turned something ugly into something quite entertaining. Go have yourself a beer, sir.
Reply to jaybook
kcshankd
I dunno, maybe more arty beer shots. Also, did everyone else already know about bottom-filling beer? That was a 5 minute Google-hole.
Reply to kcshankd
WholeLottaGame
Nope. I thought I was hallucinating, then decided I just couldn't see the top-down stream because of a funny angle or something. The more you know...
Reply to WholeLottaGame
prs130
if my fantasy team didn't already have a name,I might go with Solemn Yellow Sadness
Reply to prs130
JasonPennini
Ha ha ha (all your base our belong to us voice)
Reply to JasonPennini
JasonPennini
https://www.youtube.com/watch?v=8fvTxv46ano
Reply to JasonPennini
ahfreeman
Sam, I scored this game...
off TV.
Reply to ahfreeman