The 2004 CBS drama "Century City" was a lot like every other courtroom drama on television: A charming and unbelievably altruistic character in the lead, an obnoxious prig in one office, a beautiful young lawyer in another, and a diverse cast of ambitious and energetic lawyers and paralegals rounding out the rest of the firm. In "Century City," however, this came with a twist: The show took place in Los Angeles circa 2030. In this setting, the show could tackle genetic profiling, cloning and other pushing-the-envelope topics all in front of holographic judges. In "Love and Games," the series' third episode, the topic was the bionic enhancement of professional baseball players.

The episode is currently available on Hulu.

A college shortstop (played by Brad, the oldest son from "Home Improvement") who was promised he would be chosen with the number-one overall pick in the draft plummets to the final pick of the draft. He is chosen by the expansion San Fernando Valley Coyotes, who make the choice after some serious cajoling from Brad's lawyer. The reason for the drop? Brad has a bionic eye, the result of an accident at age 18. The league has a rule against players with mechanical enhancements and tries to keep Brad out, leading to a lawsuit by Brad and his lawyers. Meanwhile, Brad faces prejudice on the outside. After getting spiked in the arm by a teammate at practice, the teammate spits out, "Why don't you just get a new arm?" A Jackie Robinson reference also finds its way into the episode. 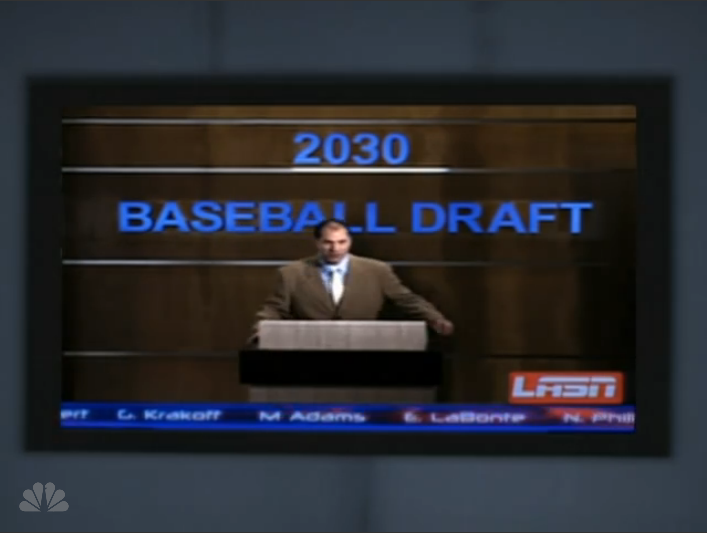 In the courtroom, Brad is represented by the Fantastic Four's Dr. Reed Richards, who earnestly believes in his client's case even if he can't argue it well. The courtroom scenes are short, low-budget and, most importantly, obvious and superficial. Tommy John surgery is mentioned, with one of the lawyers mentioning that, by 2030, 95 percent of high school pitchers have it performed to improve their fastball (and the like). And why would the league allow glasses or contact lenses but ban a bionic eye? From the league, the slippery slope of allowing "a player with prosthetic legs" or a kid with "lab grown muscles and tendons that let him run 45 miles per hour, jump ten feet in the air" into the game is brought up. We also learn that the wiring of the eye gives Brad a .005 second advantage over everyone else in identifying a pitch, which somehow means the difference between a .300 hitter and a .700 hitter.

In closing arguments—the hallmark of any courtroom drama—the league sums up their case as "rules are unfair, so too bad." On Brad's side, Mr. Fantastic tells the court that it's not the size of the bionic eye that matters, but how you use it. The appeal to emotion is strong too: "Teddy Paikin [aka Brad] is more human than the fan who tossed a bottle at him today. Or the player who tried to take him out of the game two days ago. But hey, I guess the rules said it was OK for him to do that."

The case is decided in Brad's favor, unsurprisingly, but it wasn't the eloquent closing arguments that swayed the judge. Instead, he brought in some outside knowledge of his own: "In 1875, [Charlie Waitt] was playing first base for the St. Louis Brown Stockings and he used a mechanical device. He used a glove. The fans ridiculed him but after nearly a century and a half, it doesn't seem to have killed the game." Nice work, judge.

Honestly, it's a shame. The topic of "unnatural" enhancement in baseball and sports is an intriguing one, from HGH and other treatments to prosthetic limbs and everything else on the horizon (including an actual bionic eye). The debates from last year's Olympics over allowing Oscar Pistorius and Caster Semenya to compete are great examples of this. However, a midseason replacement show on CBS that lasted only four episodes wasn't the best vessel for the topic. Not only were the arguments too simplistic, they were also constantly interrupted by very boring B- and C-storylines. I applaud the writers and producers of "Century City" for taking on the challenge, but the result was about what you would expect from a soon-to-be canceled show. 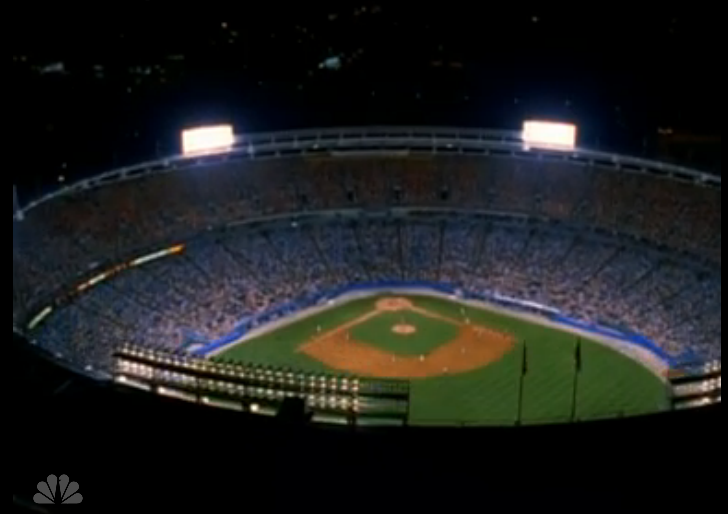 You need to be logged in to comment. Login or Subscribe
jfranco77
Pretty sure that's Shea Stadium
Reply to jfranco77
lgranillo
That would be my guess as well. I figured someone here would know better than me, though.

Whatever it is, it is most definitely not a new stadium built in the San Fernando Valley or in Havana (the opposing team in the game).
Reply to lgranillo
jnossal
TV sucks.
Reply to jnossal