The 1980s baseball card market was a time of competition and experimentation as the industry built itself up into the unsustainable bubble it would become. Early in the decade, the Fleer company tried to stand out with an exciting series of subsets: pairing the aging Pete Rose and Willie Stargell together and calling it "Fountain of Youth"; taking a quick snapshot of Gary Carter and Fernando Valenzuela meeting for the first time and labeling it "West Meets East" (which makes little sense, seeing as how Carter was from Los Angeles); celebrating the Pine Tar Incident with a photo of George Brett and Gaylord Perry enjoying a good tar together. You know, that kind of thing.

The best example of Fleer's flair for the imaginative came in the 1983 set with their "Black and Blue" cards. Notice the lack of a border between the two cards. 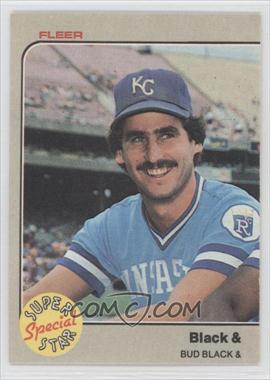 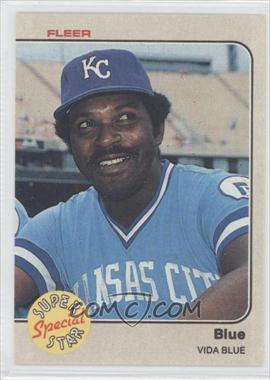 Vida Blue and Bud Black were teammates on the 1982 and 1983 Royals. Thankfully, Fleer was there to capture those years with the most perfect card imaginable.