McCutchen hit his 21st home run of the season in the fourth inning against Yovani Gallardo. Not only did the shot put McCutchen within two home runs of his career-high (set just last season), but it marked another milestone. McCutchen entered the season with eight home runs hit to right-right-center field in more than 1,800 plate appearances. Sunday’s home run marked his eighth of the year in that direction in a little over one-third of the playing time. These aren’t cheap opposite field shots, either: 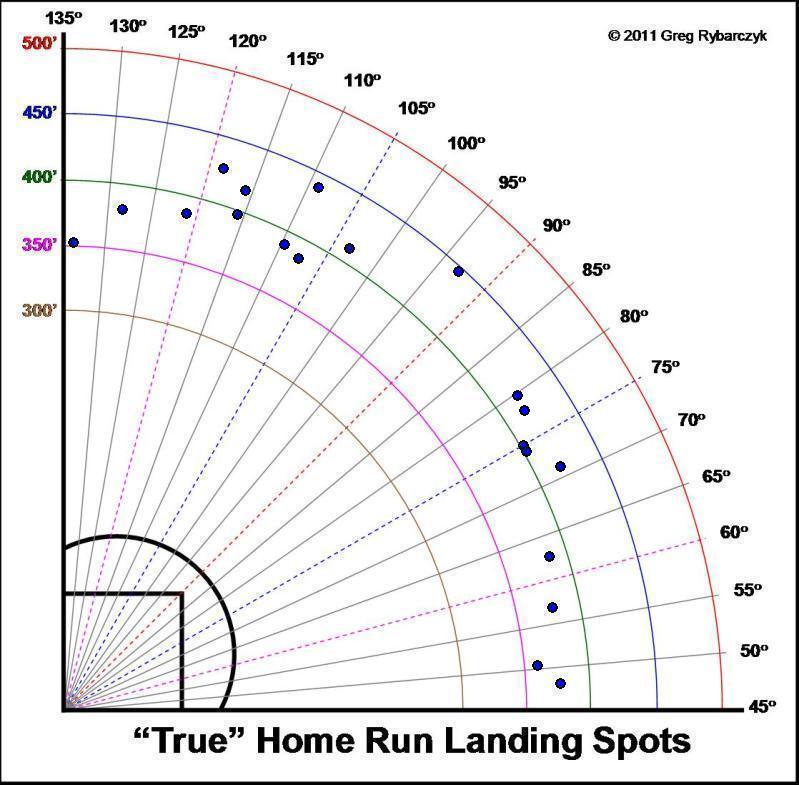 McCutchen may not be built like a typical slugger—he’s more wiry than bulky—and he does not rely on brute force, but rather strong and quick wrists. But this could be a case where the old scouting axiom about power coming last is proven correct. If so, and if this is McCutchen gaining his grown-man strength, then look out. One of the best players in the game might be getting even better.

You need to be logged in to comment. Login or Subscribe
Sacramento
*Insert obligatory Barry Bonds comparison*
Reply to Sacramento
bigbart
Strong and quick wrists: sure he has them, but power comes from the base. It's those legs & hips driving that ball.
Reply to bigbart