Welcome to the Monster Manual MLB Expansion Pack! This book contains more than 100 new monsters from the Major League Baseball Multiverse. We’re confident these new creations will make your campaigns more realistic and more exciting than ever. 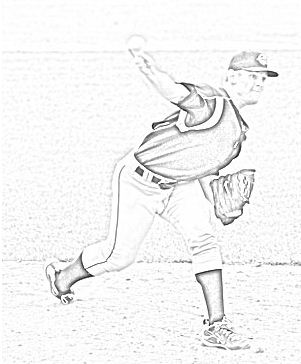 Strasburgs are exceedingly rare creatures, materializing on this plane only once in a generation. They employ a devious combination of speed, power, and control to defeat anyone foolish enough to attack them. Once a Strasburg has the upper hand in battle, he will deploy his special attack Ghost Change, which is a magic missile that is virtually impossible to defend against.

Strasburgs are the earthly agents of two different and conflicting gods: the Aztec god Huitzilopochtli and Boras of Newport Beach. Angering either deity will result in a curse that will follow the character for 1d12 years. 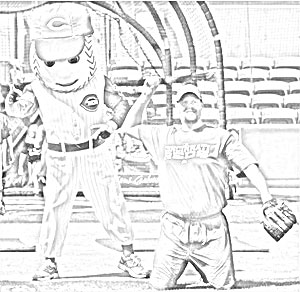 Coffeys are deceptively fast for creatures of this size. They are also deceptively strong, especially if they believe there is cake in the vicinity. When encountering a Coffey, characters carrying babka, brioche, elven bread, gingerbread, hard-Tack, pretzel, strudel, or yak butter must make a saving throw against Extreme Appetite.

Coffeys feed not only on corporeal food, but also on fear. They are sometimes found in the vicinity of Mr. Reds (see “Mascots” Appendix in “Deities & Demigods MLB Expansion Pack”), consuming the fear generated in children by the giant, baseball-headed demon. 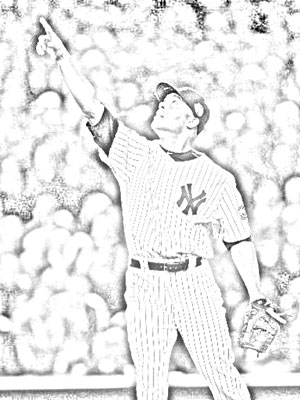 While Rivera is a mortal being from another dimension, his powers make him indistinguishable from a god. Because of a gross miscarriage of justice on his home world, Panama IV, he has been banished to Earth and enslaved by the Yankees to save games for them for all eternity. The lifespan on his planet is incalculable by human standards, so he does not appear to age.

He maintains a Fortress of Solitude-style lair in New Rochelle under the remains of his former restaurant, where he sits, surrounded by treasure and countless awards, and dreams of returning to his home and the race of beings he once loved. 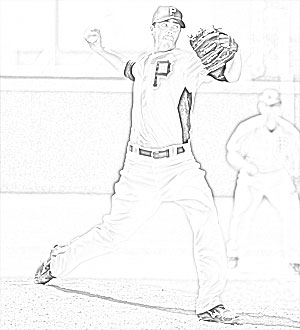 River Wizards like Karstens can bend the water and its flora and fauna to their own evil will. Basically they’re like trollish Aquamen. Karstens can, at will, attack with a DERP face that renders opponents overcome with laughter for two turns. When angry or confused, he can also unleash a Stone Gaze that will petrify anyone with a 30-foot radius.

Karstens' mortal enemy is Ryan Braun (see “Hitters” section of the Expansion Pack), who is still seeking revenge against Karstens for incidents lost in the mists of history. Any party accompanied by or aligned with Braun will send Karstens into a berserker rage once per encounter.

A rare creature from the plane of Andorra, Chapmans use their incredible power (18) to deploy blistering Cuban Missiles. However, they are not especially accurate, so players may avoid the Cuban Missile by walking if they make a +2 saving throw against Dexterity. 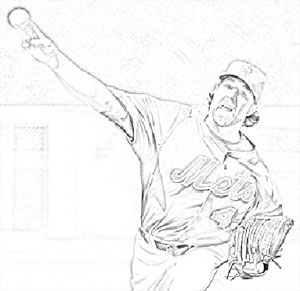 Equally at home on city streets or in driving mountain snow, Dickeys are formidable foes. A rare combination of warrior and spellcaster, they wield a magic missile Knuckleball that is nearly impossible to defend against, as well as two vorpal blades, Orcrist and Hrunting.

The Dickey’s Knuckleball is distinguished from that of other extraplanar aberrations, such as Tim Wakefield, by its speed. Dickeys are also quite thoughtful and well-read, and as such are open to parlay. Their beards offer them +8 defense against facial attacks. 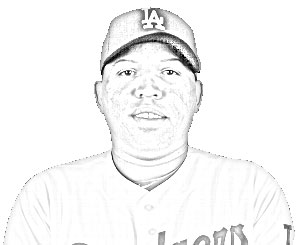 The Belisario is a large, shambling amphibian found in marshy areas. It deploys a Heavy Sinker missile attack (-2 Dexterity saving throw) and, when grappling, can attack opponents with a prehensile tongue. Belisarios can sometimes be outwitted by asking them to produce a valid visa or to take a drug test. 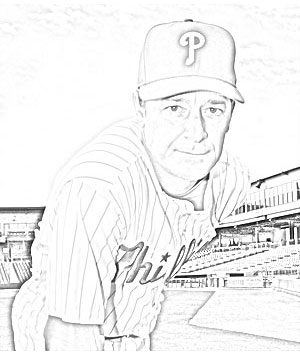 When encountered in the wild, a Moyer initially appears as a wizened old man and uses his appearance to lull his victims into a false sense of security. In reality, Moyers are tireless hunters, constantly on the trail of virgin pitching prospects on which to feed. They are cunning creatures who use guile to track their prey, subdue them, and feast on their elbow ligaments.

In addition to the Withering Gaze attack (pictured), Moyers can teleport from one location to another. They may appear in three different cities, separated by thousands of miles, in the course of a single campaign. They cannot be killed. The only way to defeat a Moyer is to wait until he tires himself out and gets lifted for a pinch-hitter (National League universe rules only). 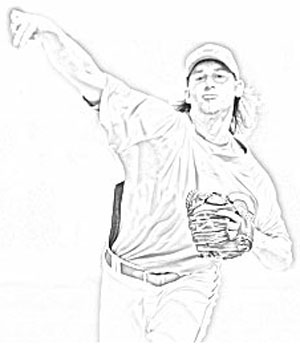 Arroyos are generally harmless creatures, but, when threatened, will seek to repel attackers with a Mournful Wail. The wail will continue until either he or his attackers are dead or have been repelled.

Some Arroyos have corn-rows that can grasp opponents during hand-to-hand combat (–20 penalty on grapple check), while others make car commercials so ridiculous that opponents are incapacitated for 1d4 turns. 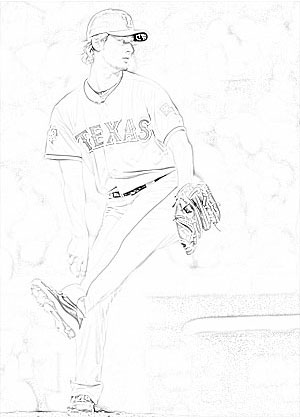 The Darvish, not to be confused with the dervish, is the mystical offspring of beings from Persia and Nihon. Darvishes can be summoned to a given plane by an invocation to Nippon Ham and an offering of 50 million gold pieces. Their special attack is a Shuuto, which inflicts 1d6 extra damage on right-handed characters and 2d6 additional damage on characters of the Selleck class.

While the Darvish is a fierce opponent, he can be wild, and opponents are often well-served just waiting him out. As the official spokesmodel of DyDo's D-1 canned coffee, he is immune to sleep and paralysis effects.

Reply to hotstatrat
stevesimonsen77
Well done, but I think Chapman should be chaotic, not lawful. The tumbling, the speeding... Neither are indicative of a character with a high degree of respect for the rule of law.
Reply to stevesimonsen77
Jmast7
Agreed. Dickey too. The knuckleball is the very embodiment of chaotic.

Also, Dickey's weapon of choice would be the lightsaber or the D&D equivalent thereof.
Reply to Jmast7
agentandya
Dickey actually named his bats Orcrist and Hrunting, referring to The Hobbit, so he's already playing in this realm.
Reply to agentandya
doog7642
I vote chaotic good. And this is one of my all-time favorite BP articles.
Reply to doog7642
Schere
not to mention the defecting.
Reply to Schere
tnt9357
The tumbling...the speeding...the allegedly assisting the Cuban government in kidnapping and torture...the having your hotel room ransacked with an unknown woman tied up and crying for help...seriously, what is *up* with this dude? He might be Chaotic Evil; like, Azmodeus Chaotic Evil.
Reply to tnt9357
tnt9357
This is why I tell people I was so nerdy as a child that I had *two* hobbies that used 20-sided dice.
Reply to tnt9357
sportspopery
This is some accomplishment, Ian. Aroldis is the definition of chaotic neutral, though.

Shock revelation: Mariano's restaurant was not terrible. I KNOW
Reply to sportspopery
sungods7n
This is the best thing since, well, the AD&D episode of Community. Well done!
Reply to sungods7n
alexknapik
Nice post. I used to work in the roleplaying game world... if I published a RPG-style tabletop baseball game (like a strat-o-matic meets D&D) does anyone think I could sell 500 copies? If I sold 500 I could break even.

RIchard Dansky is a BP subscriber; he's been a good writer in the RPG world - White Wolf mostly I believe...
Reply to alexknapik
buddons42
Isn't that why Kickstarter exists? Figure out the costs, divide by 500 and figure out a way to let us know. I for one would throw in.
Reply to buddons42
LlarryA
Are you talking hardcopy or PDF? With hardcopy, the greater difficulty is distribution and publicity, but put a reasonable price on it and post it at a few of the PDF RPG purveyors and 500 copies shouldn't be so hard. I have baseball RPG in PDF form at home (bought through DriveThroughRPG.com) -- look for it, but I suspect yours would be enough different...
Reply to LlarryA
Oleoay
Inside the Park by OOTPdevelopments (same people who do OOTP) is a RPG style game where you start out as a rookie and develop your character, buy items like gloves and bats, exercise, etc.

Not quite a RPG, but there was that MLB Showdown CCG for a few years but I think it petered out.

I think my favorite quasi-RPG games were Baseball Stars and the NES/SNES Baseball Simulator games.

Reply to Oleoay
kbdekker
Nice.
Reply to kbdekker
cmaczkow
This is absolutely awesome. I figured Jamie Moyer would be an entry - there could be a whole undead supplement with guys like Moyer, Orosco and Franco!
Reply to cmaczkow
tnt9357
Does that make a good training staff a cabal of Evil Cerics?
Reply to tnt9357
delorean
/scratches chin
//steals idea for future column
Reply to delorean
dsilvers
Clerics, yes - but probably more like neutral. They have to work with all sorts, you know... ;-)
Reply to dsilvers
jhardman
Oh, I just thought these were the newly designed Strat-O-Matic cards. :-)

Maybe that is what Hal Richman needs to do to infuse youth into the great game....
Reply to jhardman
dsilvers
This article should have a warning label that says, "must save vs. insanity or suffer a fit of the giggles lasting approximately 2d6 rounds/minutes"
Reply to dsilvers
Vicmill1
The Vorpal Blade goes snicker-snack. And I always thought you were wasting your time with your weird pals and those odd dice with all the planes. You are standing across the two worlds like a colossus. Upon what meat does this our Ian-Caesar feed?
Reply to Vicmill1
delorean
#WEIRDMEAT, obviously.
Reply to delorean
JOARGE9481
Funny Stuff. Moyer's write up sounds like something King wrote in "Dark Tower".
Reply to JOARGE9481
adambennett
This is pretty great.
Reply to adambennett
coleco
Wonderful job of combining two elements of geekdom. I am not alone in this world!
Reply to coleco
ectmiller
Brilliant.
Reply to ectmiller
rparker1983
amazing! I don't play video games or dungeons and dragons or whatever this concept is based on and I still love it!
Reply to rparker1983
Oleoay
Livan Hernandez
(Lesser) Gelatinous Cube
Hit Dice: 30d2+7
Special Attacks: Mass Slow, Tenser's Floating Pitch(Cantrip), Confusion
Alignment: Lawful Neutral

There is some confusion regarding this entity, perhaps compounded by its ability to reliably geas any nearby observers into a state akin to torpor. Being in the aura of this creature requires observers to make a Saving Throw vs Spells (16) every other round or come under the influence of a Mass Slow. If the subject is affected, an additional Saving Throw vs Spells (19) is then required to avoid Confusion.

In addition, Livan has the ability to cast Tenser's Floating Pitch, an action which causes all observers attempting to see the pitch to succeed a Saving Throw vs Spells (20) to avoid confusion. This ability can be used as often as Livan would like, but each repeated attempt within an hour gives the observers a +1 modifier in their attempt to save.

Livan, though lawful neutral and long-lived, is not consider elven, though we don't know why since we fell asleep reading the lore on this confounding creature.

Though there is some confusion due to the Livan, not to be confused with Elven
Reply to Oleoay
delorean
Outstanding.
Reply to delorean
Oleoay
Would've been better if I hadn't been backstabbed by my level 7 year old daughter... hence the last line typo.
Reply to Oleoay
captfadeaway
Terrific, Ian. The Arroyo car spot is a classic, but Bronson reached his apex as a pitchman AND a musician in this ad for disgusting frozen beef patties:

http://www.youtube.com/watch?v=iTQpX--WRz0&feature=related
Reply to captfadeaway
delorean
That was... amazing. Thanks for sharing!
Reply to delorean
Rabbit86
Some day a batter facing Moyer should loll his tongue out of his mouth and look cross-eyed, a kind of Crazy Googenheim thing. That should test the old fellow's concentration.
Reply to Rabbit86