R.J. Anderson and I were talking the other day about how much baseball analysis depends on getting the thing published before the player/pitcher plays another game and undoes whatever point the writer is trying to make. This is true for bad baseball analysis, but it’s also true for a lot of good baseball analysis, because player performances are just so friggin' random. If you ever see an article that cites a player’s stats and says “as I write this on Saturday,” and the thing gets published on a Monday, you can bet the writer is afraid his premise is going to be voided by a couple hitless games.

As I write this on Saturday, Jerry Hairston, Jr. and Scott Hairston are good at baseball.

One Hairston has a high batting average and a whole bunch of home runs. The other Hairston has a really high batting average and a ton of walks. This is as specific as I can be, because, like most Americans, I struggle to keep my Hairstons straight. Hairston confusion is the cause of one in three car accidents between April and October, and two in three cruise-ship-related deaths. If you have ever read a recipe that called for a teaspoon of salt, and then you went to the stove and couldn’t remember if it was teaspoon or tablespoon, even though you just read it three seconds earlier and you were saying “teaspoon teaspoon teaspoon” over and over in your head, that’s the Hairston working in your brain. We’re not even totally sure Hairstons exist, or that there aren’t more of them. The act of observing a Hairston changes its state.

How well do YOU know your Hairstons? Take our quiz to find out, and you will never confuse the two players again. (Note: Many internet users apparently prefer to take such things in slideshow format. If this is you, simply reload this page after each question.)

a) Scott Hairston
b) Jerry Hairston, Jr.
c) Both Hairstons are on the Padres

2. Jerry Hairston, Jr. was named in the Mitchell Report. “One of Hairston's prescriptions was written by ‘A. Almarashi.’ Investigators believe Almarashi is an alias for a Queens, N.Y., doctor stripped of her medical license in 1999. She is awaiting trial on multiple charges after allegedly writing bogus prescriptions for thousands of online customers she never examined.” Question: What do you suppose the “A” in “A. Almarashi” stands for?

a) Allard
b) ABC, which, of course, stands for Always Be Concealing your source for HGH and other performance-enhancing drugs.
c) No, you’re saying the joke wrong. It’s Al Marashi. If you’re trying to be funny it’s Al Marashi. It’s not A. Almarashi. Children, near the phones.

3. Scott Hairston is the co-owner of an entire sport, called Sabakiball. In Sabakiball, teams of five players try to advance a ball across a field and throw the ball at a defended goal. Movement is non-stop, teams must be coed, and Stanford is going to be offering it as an intramural sport. A starter kit costs about $1,000.

Question: What is the official marketing slogan of Sabakiball?

a) fast. furious. fun.
b) Well First Of All, Rock, Let Me Tell You That We Try To Refer To It As A Sport
c)

d) Dude, what are you even talking about, Africa is totally a country. 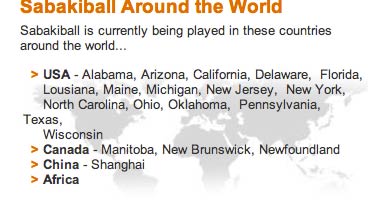 4. When asked about Bryce Harper, one Hairston said that Bryce Harper’s ages 25-to-27 seasons would be comparable to those of Jay Bruce. Question: At the time he said this, how old was Jay Bruce?

5. In spring training of this year, Jerry Hairston, Jr. tried to blow a bunt foul.

He was unsuccessful, which isn’t significant, because such a play is not legal. Question: But if he had been successful, what would his teammates have said to him when he returned to the dugout?

a) Haha good lungs you put the “air” in “Hairston.
b) Great play Scott!
c) So anyway I didn’t think I would like it either, but the interplay between the servants and the upperclass family is fascinating, especially as Europe goes through so many cultural changes and the future of Downton is itself in the air.
d) I saw Lenny Randle do that once when I was a kid. Remember that? Lenny Randle? Yeah, everybody remembers Lenny Randle doing that. Well I just checked your Baseball-Reference page and it turns out that Lenny Randle is your no. 8 comp. Seriously! What are the odds?
e) Haha good lungs you put the phonetic “airy” in “Jerry.”

6. One Hairston is nicknamed Hairball. Question: What is the other Hairston nicknamed?
a) Hair and Makeup
b) Hairshampoo
c) Hair
d) Hair

8. Jerry Hairston, though, is actually truly unpopular among Giants players, according to Andrew Baggarly, who says that Hairston is “sneered at in Giants circles as being a ‘chirper.’” Question: What exactly does this mean?

9. Both Jerry Hairston and Scott Hairston are in the following pictures. Question: Can you spot each? 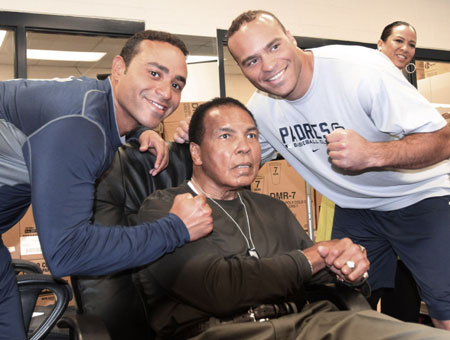 10. Jerry Hairston and Scott Hairston are actually quite different as players. Jerry was a low-round pick who is the classic overachiever, compensating for his lack of great ability by running around in all directions and looking busy. He once described his strength as “getting runners over,” which is a way of saying his strength is “getting out.” He used to steal some bases, though not at a very good rate of success, and now he has wisely stopped trying. There’s reason to think he’s an excellent defensive corner outfielder, and he rarely strikes out, so as he enters the Jamey Carroll portion of his career he is making more money ($6 million split between this year and next) than he has ever made in his career.

Scott, meanwhile, is a pull hitter with one of the most extreme spray charts in the game. Unlike his brother, he does have some tools, and he was among Baseball America’s top 50 prospects twice. (“Jerry has no doubt his brother will be a star.”) He rarely walks, and before concluding that his home ballparks (Petco, Oakland Coliseum, Citi Field) have hidden some star ability, we find our way to his career .237/.292/.435 line on the road. One of his top comps on Baseball-Reference is Wily Mo Pena. One of Jerry Hairston’s top comps on Baseball-Reference is Luis Alicea.

Wily Mo Pena for one, and Luis Alicea for the other. Incorporating the transitive property, we would conclude that Jerry Hairston and Scott Hairston are not actually brothers. And yet they have been very nearly equal in value in their careers, with Jerry producing one win (by WARP) every 470 plate appearances, and Scott producing one win every 495 plate appearances. This seems potentially very interesting to me, along the lines of destiny or genetics or the way Hindus say there are many paths to the same (in this case moderately lofty) summit. So, question: How much would you pay for this baseball?

You need to be logged in to comment. Login or Subscribe
jahoffmn
Wait, you're telling me that there are two Hairstons???
Reply to jahoffmn
evancon
As a Giants fan, I had to work very hard to get through this. I scrolled quickly past the photos of their mugs and spat many times.

Good, hilarious work as usual though, especially considering the loathsome subject matter.
Reply to evancon
wendtm
Slow clap.
Reply to wendtm
zasxcdfv
Has the "name that Molina" torch been passed, but with third-generation baseball players?
Reply to zasxcdfv
MaineSkin
"I'm Confused"
Reply to MaineSkin
beitvash
I love this.

PS Am I the only one here that always seems to end up with at least one Hairston on my NL-only league fantasy team?

(You are correct in assuming I have never won said fantasy league)
Reply to beitvash
Schere
When DeLino DeShields was an Oriole, he DeFended his perceived lack of hustle afield in comparison to Jerry by saying that he (DeShields) has long legs, so it doesn't look like he's working hard, while Hairston has short legs, so it looks like he's trying very hard, but he's not actually getting anywhere.

Which is the best explanation I have heard about why he was mostly not especially good at running or fielding, and yet has a reputation for being good at those things.
Reply to Schere
gweedoh565
You know, I kept putting off reading this today, thinking "pffffffff- an article about the Hairston's? This can wait. Gimme some stats about how great Joey Votto is".

It should not have waited; this is the most hilarious thing I've read since Sam's article about watching the worst game of 2011: http://www.baseballprospectus.com/article.php?articleid=16041