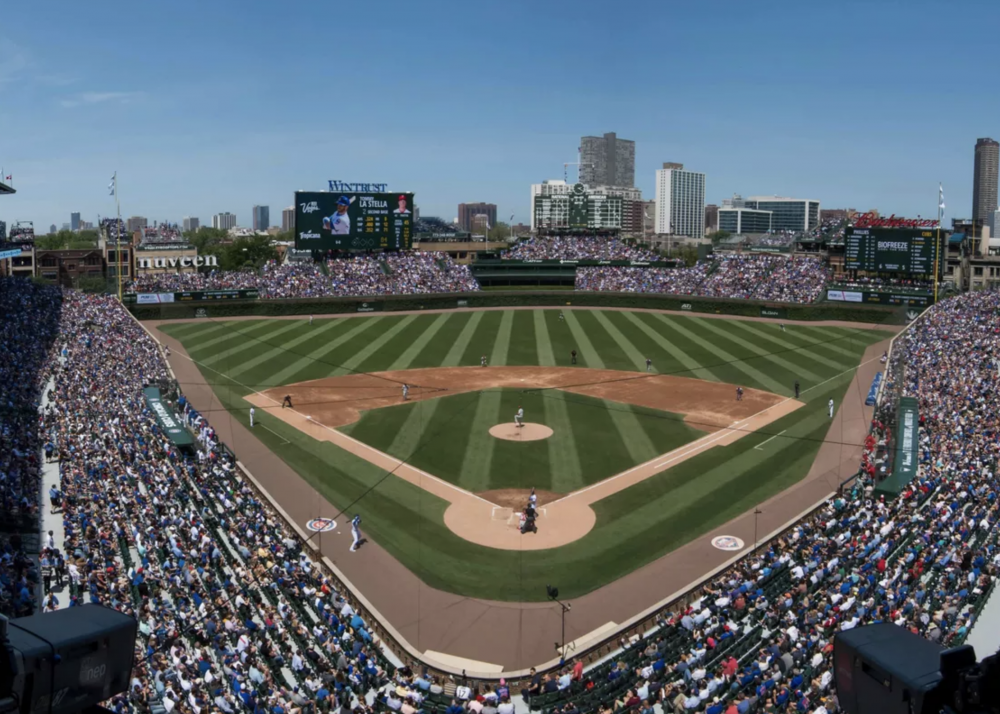 About two weeks ago over at FanGraphs, Jeff Zimmerman raised a few eyebrows when he revealed he might be “giving less than 100 percent” when he doles out fantasy advice and in some cases holds back so he doesn’t put himself at a disadvantage in his own leagues, particularly in the National Fantasy Baseball Championship (NFBC). He also suggested that some in the “expert” community also “hold back” so they can be more competitive.

I can’t speak for every analyst in the fantasy community, but the advice I give is designed first and foremost to help you win your leagues. It is possible and even likely that the advice I’m giving is hurting me in the public expert leagues I’ve played in since 2007, particularly since I joined Baseball Prospectus in 2013. I publish bid limits for AL-only, NL-only and mixed leagues that deviate very slightly from what I use in my auctions but are a general template for how I bid. A few experts have told me they look at these bid limits and use them against me, particularly after I won NL Tout Wars in 2015. Tout Wars 2016 was particularly rough. So be it.

I do believe the fantasy community doesn’t always dole out the best or most useful advice at all times, but this is less of an ethical quandary and more of a problem with where the fantasy version game has gone since I hung out my “advice” sign 12 years ago. Listed below are just a few challenges we face when it comes to dispensing fantasy counsel.

Your Team, Your League

Zimmerman cites his FAAB column as a place where he might occasionally “hold back” on dispensing his best advice. He also notes that no analyst (that he is aware of) publishes the bids they are going to use in their own expert leagues. While I see his point, I don’t publish my intended bids primarily because their utility is extremely limited.

What should you bid on Keston Hiura if he’s available in your league on Sunday? I can (and do) provide a generic answer to this question when asked, but for Team A, which has 29 out of a possible 75 points on offense in a 5×5, 15-team mixed league, the answer is very different than it is for Team B, which has 58 points on offense. This doesn’t even factor in a league’s reserve and injury rules, any financial penalties for spending over a certain amount of FAAB, and other wrinkles that might make a $30 bid out of $100 on Hiura brilliant or asinine depending on your team’s individual circumstances.

For redraft leagues, advice we provide before the season is generally along the same lines. Ranking a list of shortstops or explaining why taking an ace pitcher in the first round is or isn’t a bad investment is a fairly consistent, mostly measurable exercise in March. In May, “Hiura is worth 30 percent of your FAAB budget” isn’t a blanket statement.

There Isn’t a “Standard” Game

Do you play Roto or are you in a points league? Is trading allowed? Is it a 12-team mixer or an AL-only? Do you have daily or weekly transactions and/or lineup moves? I can offer my opinion on whether Player A is better than Player B. Often, this opinion translates well to whatever version of the game my readers are playing. However, where many fantasy leagues are won and lost isn’t in player preference but in the day-to-day and week-to-week strategic decisions we make. There isn’t merely a lack of uniformity in opinions but also in who our audience is.

I bid 41 percent of my Tout Wars budget on Nate Lowe two weeks ago. This move could come back to bite me in the ass, but I stand by it. My version of Tout Wars is an AL-only league where many of the best prospects are already taken. We also have a reserve list where we can stash minor leaguers. I’m playing the long game when it comes to Lowe. It might not work, but it doesn’t make the overall strategy any less viable.

If you’re in a 12-team mixed league, you shouldn’t have bid on Lowe in the first place and even in deeper mixed leagues, Lowe probably wasn’t worth the discussion (or the lucrative FAAB bids he generated the day he was called up). This reality leads to a host of other “problems” that are where our community isn’t so much holding back as not necessarily giving the best advice that we can. One problem resides in the reality that instead of teachers, too often…

More people are going to read an article about Vladimir Guerrero Jr. than they are about Jordan Luplow. There isn’t anything I can tell you about Vlad Jr. that you already don’t know or that will help you in your fantasy league that you can’t discern from reading the much more informative scouting writeups here at Baseball Prospectus. Knowing Luplow’s splits against southpaws and being aware he was facing a soft southpaw in Manny Banuelos on Tuesday would have been extremely actionable information. We’re all trying to get eyes on our work and be viable in a very crowded field of talented people. That’s understandable, but it isn’t something that necessarily serves our readership well.

Some of this content generation has created a culture where early drafts are becoming far more commonplace. I seldom if ever participate in these drafts because frankly I don’t see the value in guessing at several playing time situations in November. However, these drafts do generate content for websites that are often struggling to find ideas during a time of the year when there isn’t anything new going on in baseball…particularly in a culture where multiple teams aren’t spending money on free agents or at the very least are slow playing the market.

The Pivot to Football

At some point during the regular season, attention shifts in the fantasy community from baseball to football. In theory, this is fine. There is plenty of room for baseball and football, both which are thriving to the tune of billions of dollars in revenue. However, there is no doubt that we reach a point of the year where the drumbeat for football is a cacophony and siphons away coverage from baseball.

This problem certainly isn’t universal. Baseball Prospectus isn’t the only year-round baseball-only website, and there are more than a few outlets that provide quality content for both sports all season long. However, there are also outlets where coverage starts falling off around the All-Star Game and drops precipitously in August.

Beyond the obvious lost opportunity cost the drop-off in baseball coverage creates in the here-and-now, one problem this false, two-sport dichotomy creates is a lack of institutional knowledge about fantasy baseball. October and November should be a great time to revisit what happened last season, to cobble together research on multi-year trends, and to attempt to discern any patterns that could allow us to improve our play going forward. Instead, what we have is a large portion of the community that wastes a significant amount of time re-learning the same lessons year after year.

I’ve spent a lot of words pointing my finger at the shortcomings of this “industry” so it would be intellectually dishonest not to admit to one of my own weaknesses. I believe I’m very good at what I do, but I’d be better at this if this were my full-time job. I’m not the only one who is in this position, and I’m luckier than most of the fellow part-timers in that I work from home three days a week and can write early in the morning or immediately after my workday ends where others might be fighting traffic or stuck in a late-afternoon meeting at the office. Still, this doesn’t put me in a position where I’m maximizing my abilities and doing my best work.

There are others who do write about fantasy sports exclusively but don’t work full-time in one space, cobbling together a living by writing for multiple outlets. I’m glad for these people that they can make a living doing this, but this combines many of the problems I outlined above. In both these examples, analysts who should be devoting more time to studying our craft and improving our game are stretched too thin or spending time promoting themselves that they could be spending analyzing the game. I can’t speak for others, but I could be and should be doing more for my readers, but don’t have the bandwidth to do so.

An underlying theme to many of the problems identified above is our limitations are driven by the way the business of fantasy baseball influences what we cover and what we don’t. A common phrase used to describe our community of writers and podcasters is “the industry”, which is something I instinctively cringe at whenever I hear it. I’d like to move away from this term and think of ourselves as a community. We should be building off of each other’s work and have a shared understanding of what it is we are and are not trying to accomplish.

However, there isn’t a “right” way for us to do this. If someone else tried to dispense knowledge or advice the way I do, they would fail, and if I started trying to duplicate the work of others, I would be offering an inferior copy of their work. There’s plenty of room for different types of advice and plenty of valuable voices for that very reason, because we’re not all doing the same thing.

Rather than knocking others down (I’d be remiss if I didn’t point out that I’m an ardent admirer of Zimmerman. He’s one of the toughest players I’ve competed against and his body of work is excellent.), I want to start exploring opportunities to build our community and improve what we’re doing across the board. This flies in the face of what is often seen as a competitive and even cutthroat field, but if we’re consistent on what we’re delivering to our end users and can have a minimal level of agreement on what we’re supposed to be providing to our audience, we are not only going to serve our readers/listeners better but create an environment where we can build off of our aggregate work. An industry framework suggests a “survive or die” mentality. A community suggests an environment where we all succeed when we’re collaborating and building each other up. It might sound like a pipe dream that flies in the face of conventional wisdom, but I believe it is achievable and well within our collective grasp.

You need to be logged in to comment. Login or Subscribe
Sharky
Impressive, insightful, and candid. In other words, everything I have come to expect from you, Mike. Well done and thank you.
Reply to Sharky
Michael Bell
excellent, excellent insights and candor, Mike. Thank you so much-yet another reason I am proud to be a subscriber.
Reply to Michael
James Thompson
I've tried to be open about my valuations and strategies in my personal fantasy leagues, because it's a lot more fun to tell everyone else what you're doing/thinking and be an open book and still kick their ass regardless...
Reply to James
Cameron eadie
BP is top notch. ( You could probably charge more for your content. I think it is under valued . )
Reply to Cameron