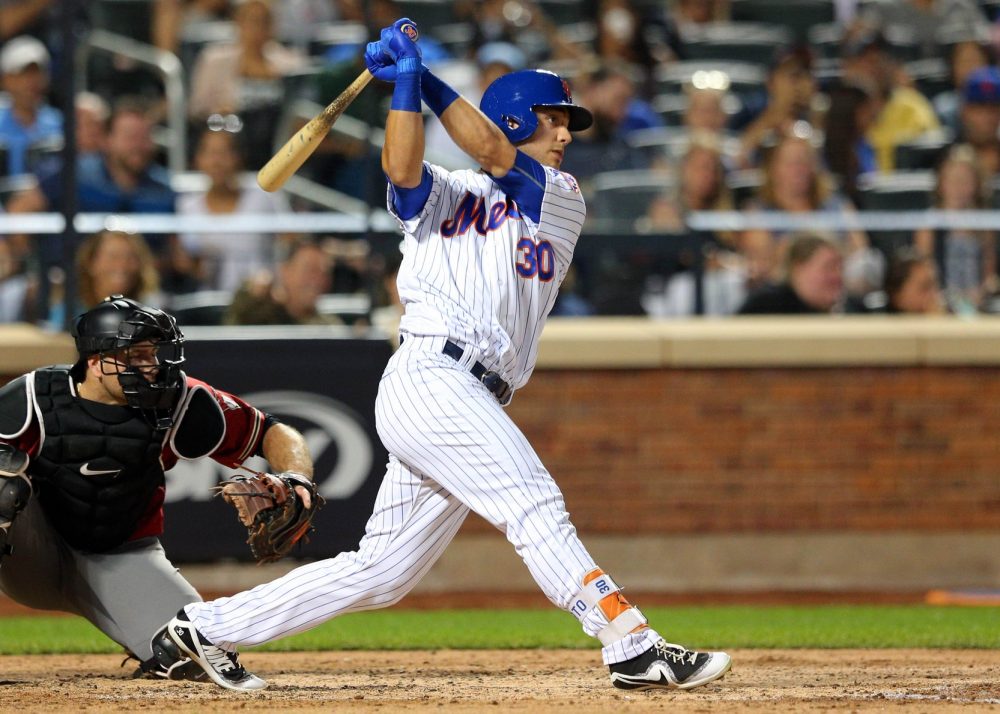 There are no mistakes, only happy accidents. – Bob Ross

Let’s look back at the 2017 season. There were ups, there were downs. Scooter Gennett hit four home runs in a single game. Edinson Volquez threw a no-hitter. Jon Lester picked off a dude in a playoff game—as a reliever. It has been said before, and it will be said again. You can’t predict baseball. However, since that’s what we’re all trying to do as fantasy owners, it’s important to take stock of all the takes this year, hot or not. Before the season, the BP staff made some predictions for players to target and those to avoid. Let’s just say I made a bunch of happy accidents.

Apparently my only value as a prognosticator is to warn against something (although even this wasn’t 100 percent foolproof, as we’ll get to), which isn’t super helpful on the fantasy landscape. With Adrian Gonzalez, I was concerned that advanced age was taking its toll, as steadily declining power numbers and too many ground balls were turning him into a rich man’s version of James Loney. The 35-year-old wasn’t very good in the first couple months of the season, before ultimately being doomed by lingering back issues and Cody Bellinger turning into a warlock sent to Earth to demolish baseballs. Whether Gonzalez could have rebounded, we’ll never know, but I still think it’s safe to assume the veteran’s best days are behind him.

Tempering expectations on Maikel Franco didn’t earn me any fans in the City of Brotherly Love, but I couldn’t shake the feeling that his depressed BABIP was partially related to how many infield fly balls the young third baseman offered up to the opposition. In 2017, that number remained one of the highest in the league, and while the 25-year-old didn’t strike out much, he didn’t walk much either, mustering a paltry .230/.285/.409 line in 154 games. Franco was a little better in the second half, but an empty 24 home runs isn’t really worth what it once was in fantasy circles.

Finally, we have a positive one (well, sorta). Heading into this season, I loved Michael Conforto, especially long term. Sure, there were initial questions about where the young outfielder would play (thanks Terry!), but the baseline skills were there, and an awful, injury plagued second half to the 2016 season meant the price was nice and low. Conforto was one of the very best hitters in baseball during the first half, en route to an All-Star selection and (gasp) everyday playing time. Despite slowing down a tick in the second half, the 24-year-old finished with a line of .279/.384/.555 and stood out as one of the lone bright spots in the Mets’ season. Then The Swing happened. On Aug. 24, Conforto dislocated his left shoulder, tearing the posterior capsule, after swinging at a pitch. Not only was it terrible news for a young outfielder in the midst of a true breakout campaign, but it was also a sign that apparently the Mets can’t have nice things. Hopefully, Conforto will be back for the start of the 2018 season, and his value will likely once again be tempered with questions about his recovery.

It felt like everyone was sleeping on Cole Hamels. I loved the floor (well, what I thought was the floor) for the southpaw, who had tossed at least 200 innings in seven consecutive seasons while averaging at least eight strikeouts per nine innings. Injuries happen, I get it. They’re mostly unavoidable. However in addition to spending time on the DL, Hamels forgot how to strike dudes out, fanning a puny 6.4 batters per nine innings. That’s Ivan Nova and Mike Leake territory, and that’s not ideal. The 33-year-old lost a couple ticks on his fastball and had trouble finding the zone with any pitch that wasn’t his changeup, leading to a 9.7 percent swinging-strike rate, lowest for his career by nearly two percentage points.

Zack Greinke concerned me as a long-term target. He struggled with injuries in the first year after being paid all of the money by the Diamondbacks and, when he wasn’t injured, he was surrendering homers and walking guys at a record pace (well, for Greinke, at least). I clearly underestimated Greinke’s ability to adjust and adapt to his new digs. Despite slightly lower velocity, the former Cy Young winner bounced back with a vengeance. He threw more curveballs and sliders, fewer changeups and sinkers, and added two percentage points to his swinging-strike rate, fanning 215 batters in 202 1/3 innings. Now, the preseason prediction on Greinke was for the long term, so it’s technically not wrong yet, but there are no technicalities here. I’m giving myself a big “L” on that one.

It me, the “analyst,” who cautioned against taking Giancarlo Stanton. I was a little scared by his injury history, his escalating strikeout rate, and his mysteriously diminished slugging percentage. Well, he played 159 games, struck out only 24 percent of the time (only around two percentage points worse than league average), and, um, slugged the bejeezus out of the ball. To be fair…just kidding, there’s not really a rebuttal or redemption for this one. I just want to formally apologize to The Mighty Giancarlo Stanton, and hope for forgiveness.

Here’s to fewer happy accidents in 2018.