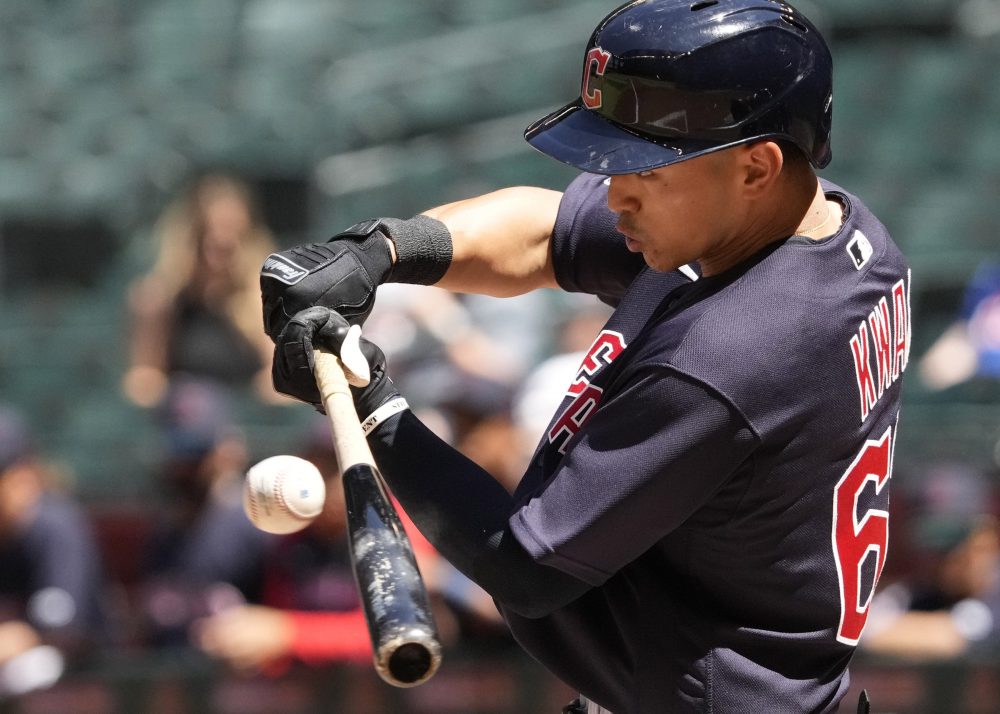 The Situation: Kwan had a breakout season as a 23-year-old last year and quite frankly, have you seen the recent Cleveland outfields? Amed Rosario is starting in the other corner, man.

Background: Kwan was selected in the fifth round of the 2018 draft after downright hilarious K/BB rates his sophomore and junior seasons in Corvallis. There was no power to speak of, but the approach and bat-to-ball made him an intriguing Day 2 college performance pick. His 2019 in High-A was exactly what you’d expect, a smidge more walks than strikeouts, an ISO that barely crept over .100, plenty of time in center field, but generally a tweener profile. After a lost 2020, Kwan smashed the upper minors in 2021, swatting 12 home runs, while limited to about half a season worth of at-bats due to a hamstring issue. The ISO was just a smidge under .200 this time around, and a strong spring training where he didn’t strike out 16 games punched his ticket to Progressive Field.

Scouting Report: The exit velocities from 2021 don’t support a long-term power bump, but Kwan will be tough out at the plate. He’s short to the ball, and is capable of fouling off your better offspeed. He’ll work deep counts, get on base, run a bit, and gap enough pitches to be a useful major leaguer. He’s not an ideal starter in a corner—he’ll be the Opening Day right fielder—and isn’t the kind of burner you’d like every day in center. The tweener risk remains, but he might be a 21st century Brett Butler, and that’s kinda cool.

Immediate Big-League Future: The Guardians outfield right now is Kwan, Amed Rosario, and Myles Straw. The bench options are Bradley Zimmer and Oscar Mercado. I like all of these players to varying degrees, but I think Kwan has more than a puncher’s chance at being a top three outfield option for the balance of the season. That’s not to say he will be an above-average regular—there’s a fairly decent chance major-league pitching knocks the bat out of his hands a bit more than upper-minors arms could—but he might be one of the better options well into the season. And hey, if even some of the power jump is real, he might be their best outfielder by far. —Jeffrey Paternostro

Fantasy Impact: Kwan is just a little guy that makes a ton of contact. He did hit 12 homers in 341 trips to the plate across two levels last year, but he has never been confused for a power hitter at any stage of his career. He also doesn’t run, so I’m not entirely sure how he’ll be much more than an empty average in the big leagues. Still, the Guardians outfield situation is a tire fire, and Kwan’s average will be good enough (with enough volume) where he could still be a solid fantasy contributor. That said, he’ll be better in AL-onlies or deeper leagues unless he can tap into enough power to hit 15-20 homers. —Mark Barry