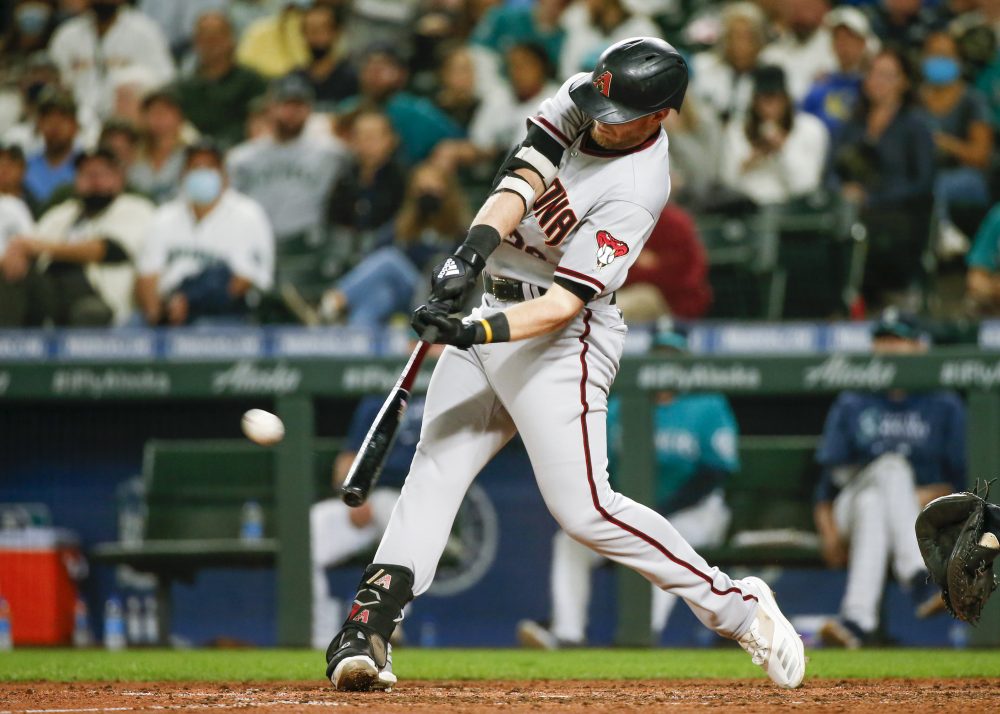 The Situation: With Arizona’s disastrous season shuffling haggardly to a close, the Diamondbacks are giving a mug of coffee-flavored stout to their slugging first base prospect for the final few weeks of 2021.

Background: A college masher out of Clemson, Beer entered the season with Triple-A Reno and seemed primed to debut at some point midway through 2021. While the 24-year-old dominated every level offensively all the way through Double-A as a member of the Houston Astros organization, his numbers haven’t quite held as high since joining the D’Backs. Part of the package Arizona received in exchange for Zack Greinke, Beer’s numbers have been solid but not quite eye-popping considering his 1B/DH profile defensively. The 28th overall pick in the 2018 draft has slashed .287/.398/.511 with 16 home runs in 435 plate appearances with Reno, one of the hitter-friendliest parks in Triple-A West née the Pacific Coast League.

Scouting Report: At one time, Beer could at least play-act as a corner outfielder in a pinch, but Arizona seems to have done away with any pretense. The 6-foot-3, 213-pound lefty slugger isn’t Vogelbachian, and has both the height and flexibility to play first without making a scene, but he’s below-average even there, putting all the pressure on the bat. He holds his hands just above his head pre-pitch, front side slightly open, and loads with a toe tap. Beer’s swing is geared for loft, which should suit him well as he demonstrates plus raw power that he accesses consistently. His swing can get a bit long, but primarily what has appealed in Beer’s profile is a solid knack for getting the bat to the ball, particularly for a player of his strength and archetype. It’s a knife that cuts both ways, as Beer is liable to run a more palatable batting average than many 1B prospects, but will need to do immense damage on his contact, as he’s unlikely to walk as often as might be expected given his toolkit. Thus far, Beer has mitigated that deficiency by being a pitch magnet, having been hit by over 30 pitches in both the 2019 and 2021 seasons. It’s difficult to identify if this is happenstance or a unique trait, as Beer stands somewhat close to the plate, but hardly hangs over it. With poor foot speed and no means to add value on the basepaths, everything has to work at the plate for Beer.

Immediate Big-League Future: Arizona has been running 30-year-old Christian Walker out at first for most of the year, to dismal results. Even with Beer’s lack of total dominance, it’s surprising he hasn’t been up sooner, especially given how long the D-Backs have been out of it. Beer was called up ahead of a three-game set in Seattle, and Arizona will have another set of games in an AL park when they travel to Houston for three next weekend. Between those DH opportunities and a total lack of other prospect competition at first base on Arizona’s roster, Beer should get some consistent run against righty pitchers down the stretch. —John Trupin

Fantasy Impact: At the time of this writing, Beer is slashing 1.000/1.000/4.000 as a big leaguer. If he can find a way to maintain that pace, he should be a useful piece for your fantasy roster.

Our buddy, J.P. Breen, mentioned Beer as a stash candidate in a recent edition of The Stash List, noting his proclivity for raking at every stop along the minor-league route. The 24-year-old hit .287 in 435 trips to the plate at Triple-A, marking the first time he fell below .290 at any stop (min. 115 PA). Still, when that’s backed up with an OPS north of .900, you can forgive the sin of merely hitting in the .280’s. J.P. also mentioned that some of Beer’s pop could be park related, but the plate discipline leaves me optimistic that he’ll at least hit and get on base, even if the ball doesn’t initially flirt with that swimming pool in right center. In addition to Beer’s track record, there aren’t likely to be many obstacles in his way for regular reps in the season’s final month. For leagues where you’re looking for volume, that’s music to your ears. I’m not sure he’ll hit a bunch of homers in September, but I do think he’ll hit–he’s done it at every level so far. —Mark Barry