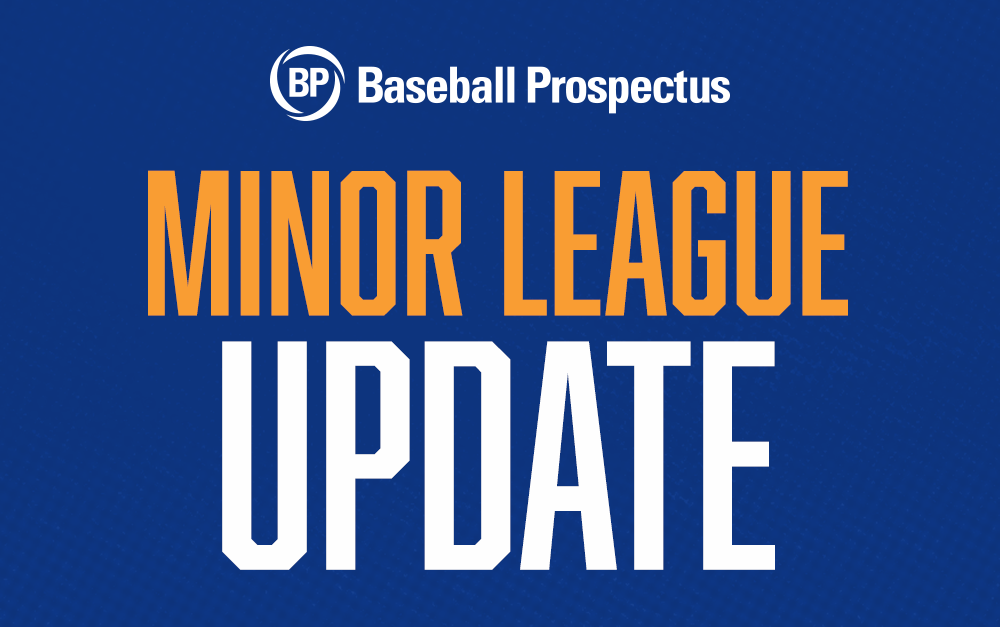 Player of the Week

A broken hamate bone and a wrist injury limited Morgan to a single game in 2019. He’s making up for those lost at-bats in New Zealand where he’s hitting well, .326/.416/.523 in his first 28 games. Morgan also continues to show his defensive versatility by handling the catching duties for Auckland.

A breakout season in the Florida State League turned Glendinning from a virtually unknown former 21st-round selection to a bonafide prospect. Offensively, the bat is a good combination of contact and power.  He’s been hot this winter, slashing .315/.388/.528 in 28 games for his hometown club. Likely to begin the year at Triple-A Indianapolis, a solid start could have him knocking on the door of a big league roster spot.

Limited to just 35 games last season due to a third positive drug of abuse test, Filia is getting his reps in with Escogido in the Dominican League. Despite his age and defensive limitations, he still has elite contact ability and could provide the Mariners with a bench bat in the future.

Since the Red Sox purchased the contract of the 27-year-old from the Gary Railcats back in October. Willis has been one of the top hitters in the ABL, slashing .383/.486/.450 in 23 games. He’s bounced around since graduating from then NAIA school, Purdue-Northwest, playing in a variety of independent leagues, but is likely to start off 2020 at High-A Salem.

A former sixth-round pick by the Twins, Navarreto was recently signed as a minor league free agent by Miami. He doesn’t offer much offensively, but is known as a plus defender with an above average arm. He’s likely to spend time behind the plate for the Marlins’ high minor league teams, helping guide the young pitching staff.

Jacobsen returned from Tommy John surgery to perform well in a bullpen role for Low-A Hickory. The former Long Beach State standout struck out 48 in just 30 innings during his time in the Sally League.

Drafted in the 32nd round out of Montana State-Billings, Johnson stands out on the diamond with his large, athletic frame. There is plus raw power but its utility is limited in-game due to his lack of zone discipline. If he can refine the approach, he will be a late round steal for the Rays.