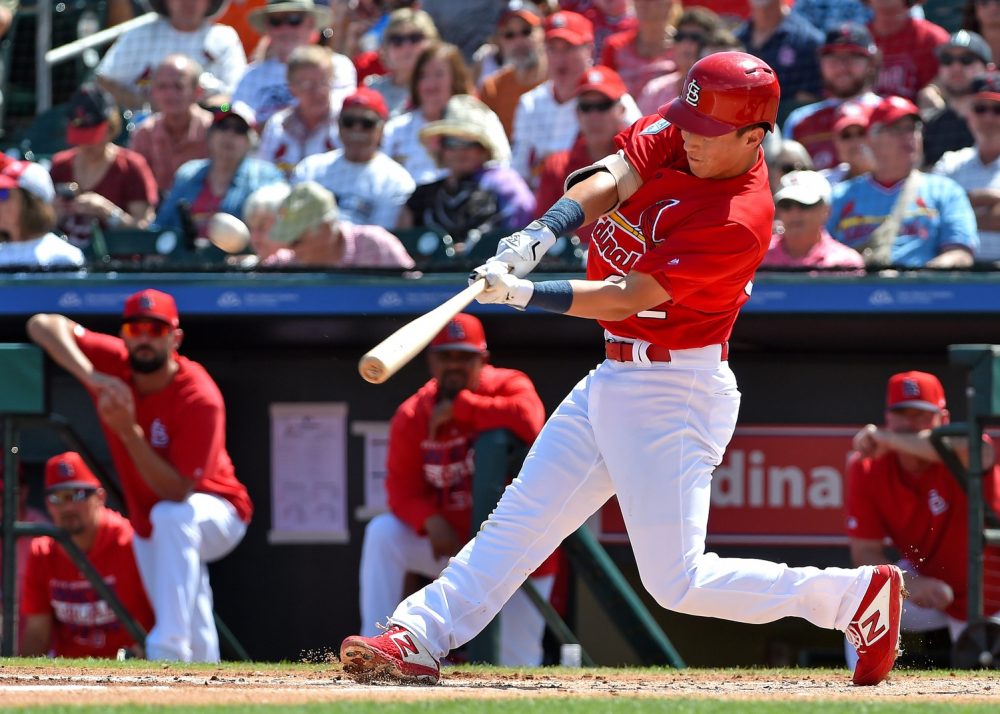 The Situation: Jedd Gyorko is missing time due to a lower back strain so the Cardinals are looking for some versatile infield depth. Enter Tommy Edman, who has been hitting thus far at Triple-A and has seen time at shortstop, second base, third base, and in center field.

The Background: Drafted in the sixth round out of Stanford and signed by former BPer Zach Mortimer, Edman appropriately cruised through short-season ball upon signing, and hit for average in Low-A to open 2017. He survived more than thrived in 18 High-A games before being pushed to Double-A at the end of the season. Edman opened 2018 repeating Double-A, where his contact-oriented approach showed more success, earning him a bump to Triple-A where he continued to show the ability to hit for average if not power. That changed in his second run at the level in 2019 (perhaps due to the MLB ball being used), and Edman is now pairing his contact ability with some additional pop, slugging .513 at the level — he’d previously topped out at .439 SLG in Low-A.

Scouting Report: The switch-hitting Edman pairs a plus potential hit tool with the ability to do a little bit of everything else on the scouting report. He pairs a disciplined approach with a swing that is short and direct to the ball. There is average bat speed and hand strength, though he’s shown gradual improvement in both areas. The major flaw entering the season was below-average power, but the change in ball, an added 10-15 pounds of muscle in the offseason, and his ability to make consistent, hard contact has allowed the in-game power to play up closer to average. If that holds, Edman could be another in the line of smaller, high-contact players who have maximized their power output due to the rabbit ball. On defense, he has an above-average glove that is hampered a bit at the six by a below-average to fringy arm. He’s unlikely to start consistently at short due to his arm, but a strong internal clock allows him to perform in spot duties there. He’s a plus runner both on the bases and in the field.

Immediate Big-League Future: Edman is likely up as a super-utility type while Gyorko is on the disabled list. The longer-term path to playing time likely lies in a switch-hitting 2017-18 Enrique Hernandez-type role, gaining everyday-ish opportunities by sliding all around the defensive spectrum. If his power regresses or the hit tool plays down, he fits into the more generic utility role that certainly holds viability while making the major-league minimum. –Craig Goldstein

Fantasy Impact: Edman is the type of guy that I find really interesting in the juiced-ball era. Historically he has made great contact, never striking out more than 16 percent of the time in any minor-league stint of at least 100 plate appearances. He also hasn’t ever hit for much power…until this season. So far in 49 games, the 24-year-old has socked seven dingers, already matching his total from 2018, which took almost 600 trips to the plate to achieve. Edman has also been extremely efficient in his base thievery, swiping nine bags without being caught. Playing time looks to be an immediate issue for the switch-hitter, but there are some skills there for the middle infielder, most notably the potential for some steals. If he can win the battle of attrition amongst Cardinal infielders, he could be a sneaky-good option in deeper leagues.  –Mark Barry