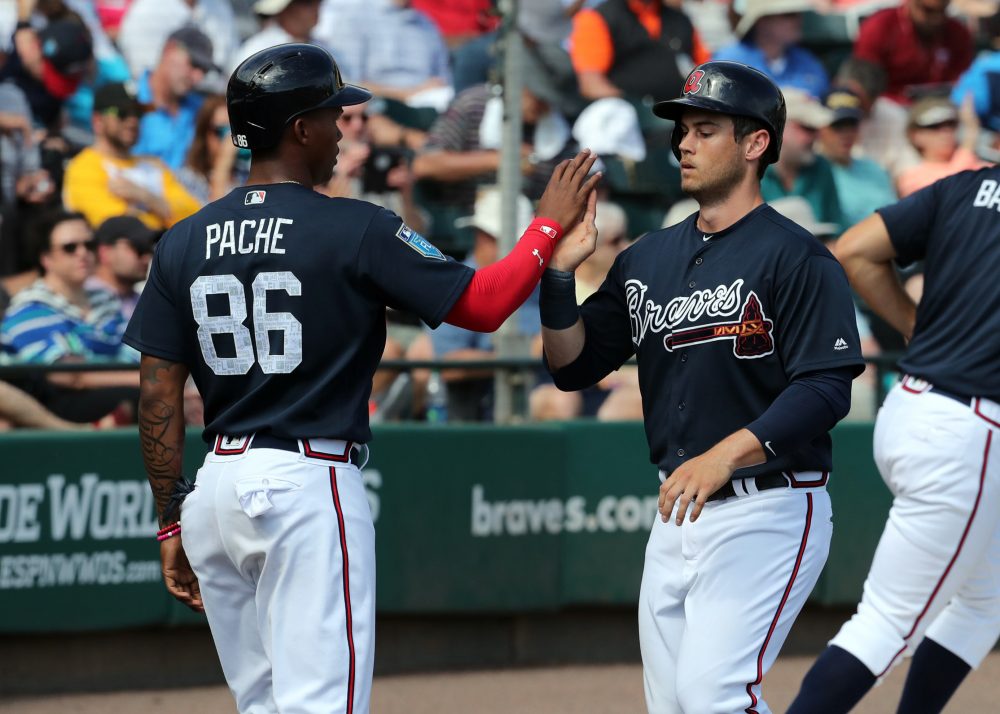 Edward Olivares, CF, San Diego Padres (High-A Lake Elsinore)
The return piece for Yangervis Solarte, Olivares stands out for his lean, quick-twitch athleticism, high waist, and wiry strength. His is a highly projectable physicality, with an explosive start-up and extremely fluid movement in space. The stance is open and quiet, with hands that start away from his body and stay on their own island through his load. The mechanics add length and subtract precision from the barrel control, and he was beaten repeatedly in hitters’ counts when he looked to separate and got too big. He flashes a quick bat inside, however, with sneaky strength to drive balls with some carry. There’s solid-average raw power in the tank already, with projection for another half grade as he fills out.

He showed the goods of a true center fielder in my first looks, showcasing easy plus speed with long, graceful strides into the gap and excellent route efficiency to cut balls off. He gets after balls quickly and directly, with a notable closing burst and body control to settle himself at gather. His arm strength is another true plus tool, and he is not shy about uncorking throws that hold plane with velo and above-average carry. The game speed and decision-making in center shows as raw, as he made multiple situational errors.