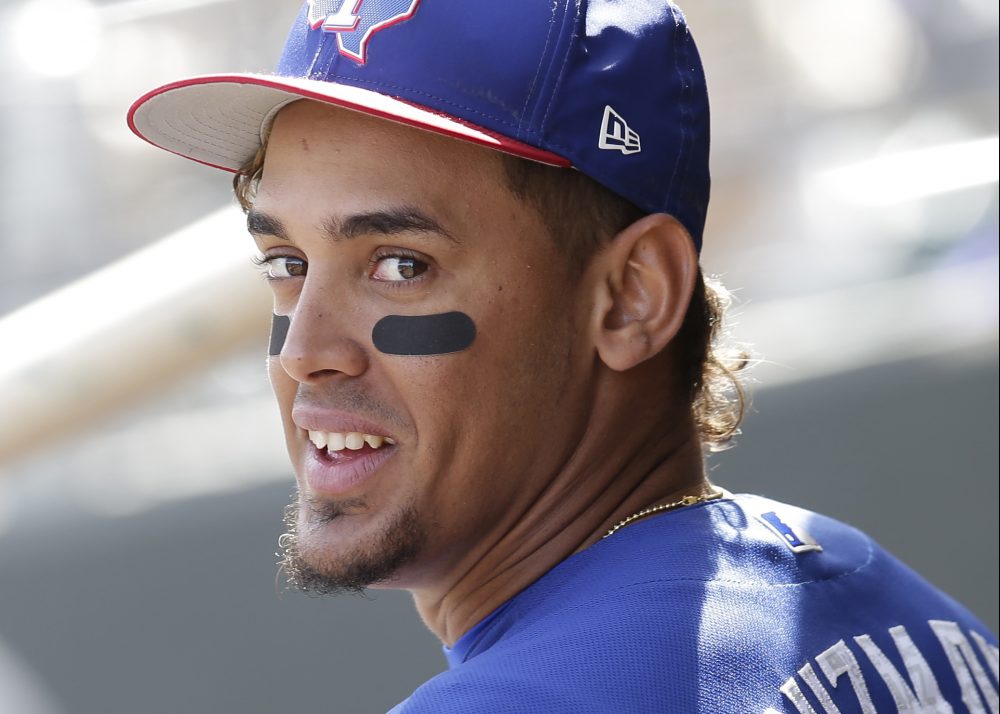 The Situation: Despite the Rangers having Jurickson Profar on the bench as utility and insurance in case of an injury, the Rangers are in need of another infielder after a pulled hamstring for Rougned Odor and a broken elbow for Elvis Andrus. With the Rangers disdain for Willie Calhoun’s glove at…anywhere, Ronald Guzman gets the call for his first shot in the bigs with Joey Gallo moving to the outfield here and there.

The Background: Guzman was signed out of the Dominican Republic for $3.45MM as part of one of the largest J-2 signing hauls the MLB history alongside Nomar Mazara, Yohander Mendez, and Jairo Beras. Guzman has been a relatively slow burn through the minors as the power many scouts thought would develop has lagged behind his ability to barrel the ball. The big leap came in 2016 when Guzman put up a .288/.348/.477 line with a career high 16 home runs and improving BB/K ratio in his age-21 season. That approach improvement continued in 2017 when he walked 47 times and struck out 85 times in 527 PA’s at Triple-A Round Rock, but his power numbers were still pedestrian for a first base prospect.