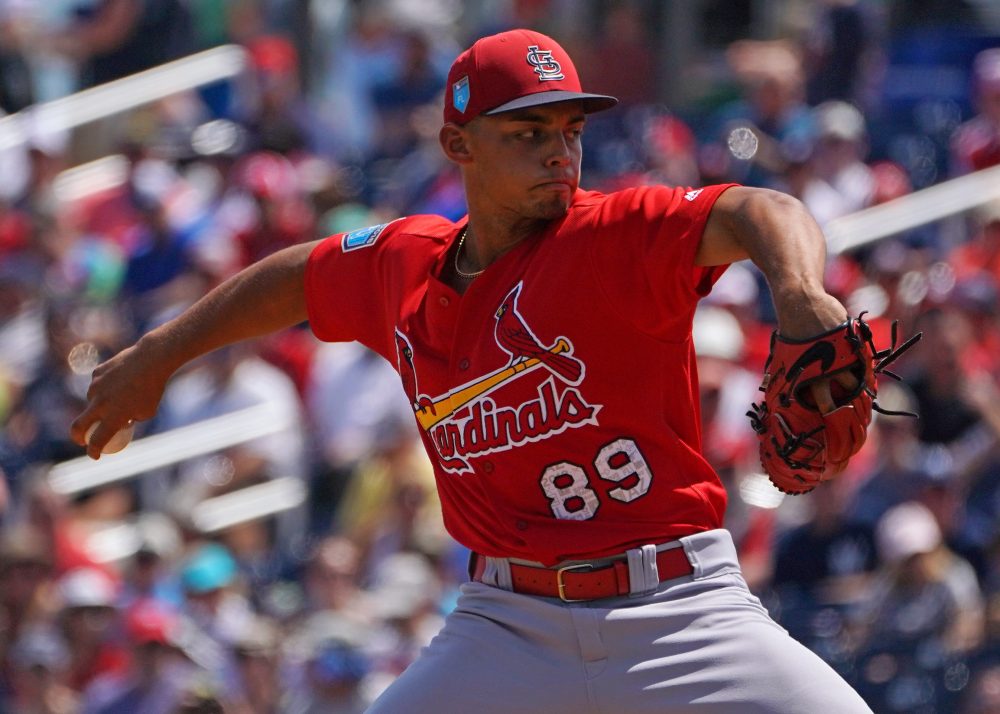 The Situation: Well, what team can’t use a bullpen arm who is touching 103?

The Background: The Cardinals popped Hicks in the third round of the 2015 draft as a Texas prep arm. The velocity popped next year in his pro debut and has continued to rise every year from mid-90s in 2016 to high-90s in 2017 to triple digits this Spring. The stats haven’t always matched the stuff due to control issues, but he ranked sixth in a very good Cardinals system—pre-Ozuna-trade—this offseason and was in consideration for the Top 101.

Scouting Report: Even in an era of big fastballs, Hicks’s heater is…firm. He was sitting 99-103 this spring in short bursts, and that isn’t out of line with the upper-90s heat he was pumping as a starter in 2017. The pitch has enough sink to make it even harder to square. His curveball is a potential plus offering in the low-80s and the change is actually okay, if likely to be an afterthought in short relief. The command and control can be fringy at times, and the delivery inconsistent, but that should get hidden some in one-inning stints, and he’s hardly hopeless in that regard. Hicks was always a high-probability reliever, but he’s got high-leverage stuff, and the Cardinals have decided not to waste any more of his bullets in the minors.

Immediate Big League Future: The Cardinals have indicated that Hicks will be in the mix for late-inning opportunities. The Cardinals have Tyler Lyons and Dominic Leone in that mix as well, so don’t be shocked if Hicks is closing by the All-Star Break if the stuff holds up in the majors. —Jeffrey Paternostro

Fantasy Impact: Every Closer of the Future™ is Jordan Hicks, and Hicks is every Closer of the Future™. He throws gas, he’s young and the stuff is Joe Kelly-esque. He’s also *gasps* unproven, and given how more and more teams are using their best relievers in setup roles because a) it’s smart and b) it makes those relievers cheaper come arbitration hearings, Hicks is no lock to close at any point soon. He’s Joe Jimenez and A.J. Minter and Drew Steckenrider, basically. That’s not a bad thing, unless you’re waiting on him to be a savior. —Ben Carsley