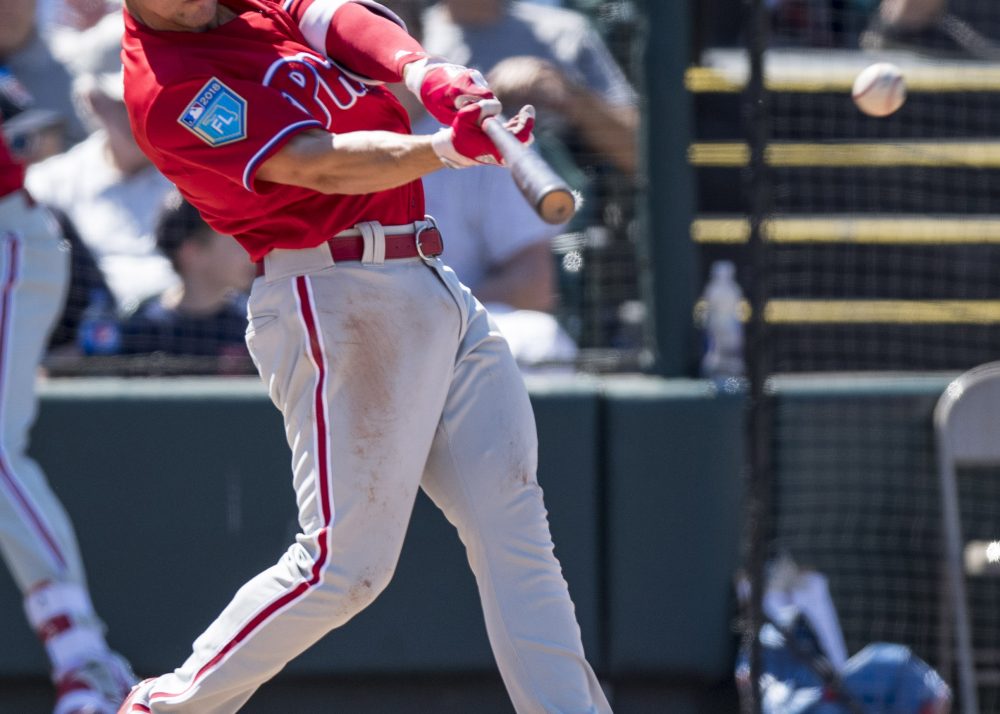 The Situation: After a big spring training that would’ve seen him make the team on merit, Scott Kingery signed a long-term extension earlier this week guaranteeing him $24 million over six years, with team options that could extend the deal to $65 million over nine years. The Phillies now have no further interest in manipulating his service time, so even though they have yet to clear a regular spot for him, here he is, the rare top prospect allowed to make his major-league debut on an Opening Day roster in the modern era.

The Background: The Phillies drafted Kingery, a college standout at Arizona, with the 48th overall pick in the second round of the 2015 Draft. Mostly a center fielder up to that point, he moved to second full-time upon signing. After a rough pro debut in an aggressive assignment to full-season ball in Low-A Lakewood, he was in consideration for and just missed the Phillies system top ten behind Ben Lively, who remains a fifth starter. Kingery was promoted to High-A to start 2016 and went back to showing a strong bat-to-ball and speed profile, yet once again scuffled in a late-season promotion to Double-A. We ranked him in a “choose your own adventure” tie for tenth in the system entering 2017 with Rhys Hoskins, Dylan Cozens, and Kevin Gowdy. (Well, you win some and you lose some in the ranking game.) After hitting a total of eight homers over 868 plate appearances combined in 2015 and 2016, Kingery belted 26 homers in the high-minors in 2017, while being exposed to short and third for the first time. He finally made his official Phillies top ten debut in the three spot this year, along with ranking as the 31st-best prospect in the game on the recently-released BP 101.