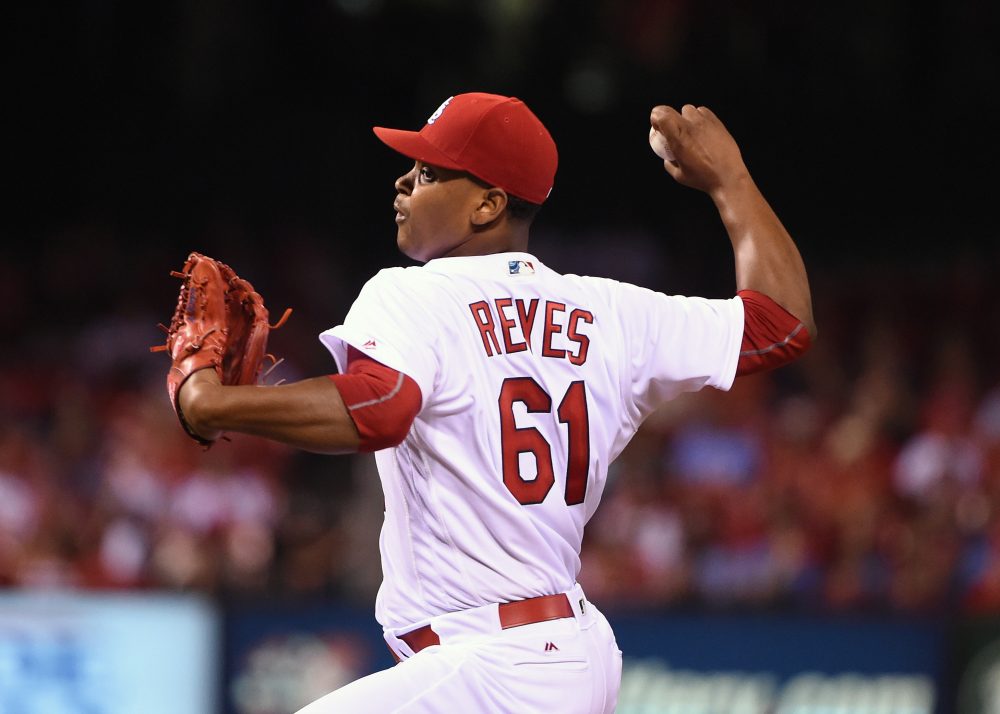 I have now completed two prospect list cycles. A national prospect list isn’t really something that comes with an industry guidebook. We all have our own processes and predilections. I’ve often remarked that I regret a few rankings with 24 hours of locking down my lists. The number and particulars of the dudes varies over time, but now more than a full year removed from my first list, there seems to be a bit of an overarching problem. My top arms appear to have well underperformed on aggregate. So I want to consider my 2017 list one more time to see how we got here and what I may or may not have learned since.

Why he ranked here

Reyes had the best arsenal of any pitcher in the minors going into the 2017 season: A true 80-grade fastball—triple-digit velocity with movement—and two potential plus-or-better secondaries in his curve and change. He had already thrown 44 good major-league innings. Everything had looked right so far, and Reyes was a near lock to break camp on the major league team. I had multiple team sources tell me they had him as an OFP 80. I didn’t go quite that far—in hindsight that was overly conservative—but I was very comfortable with Reyes as the top pitching prospect in baseball. The top overall prospect debate was a bit more spirited, but he was placed at number one early in the process and remained there after every subsequent conference call and email thread.