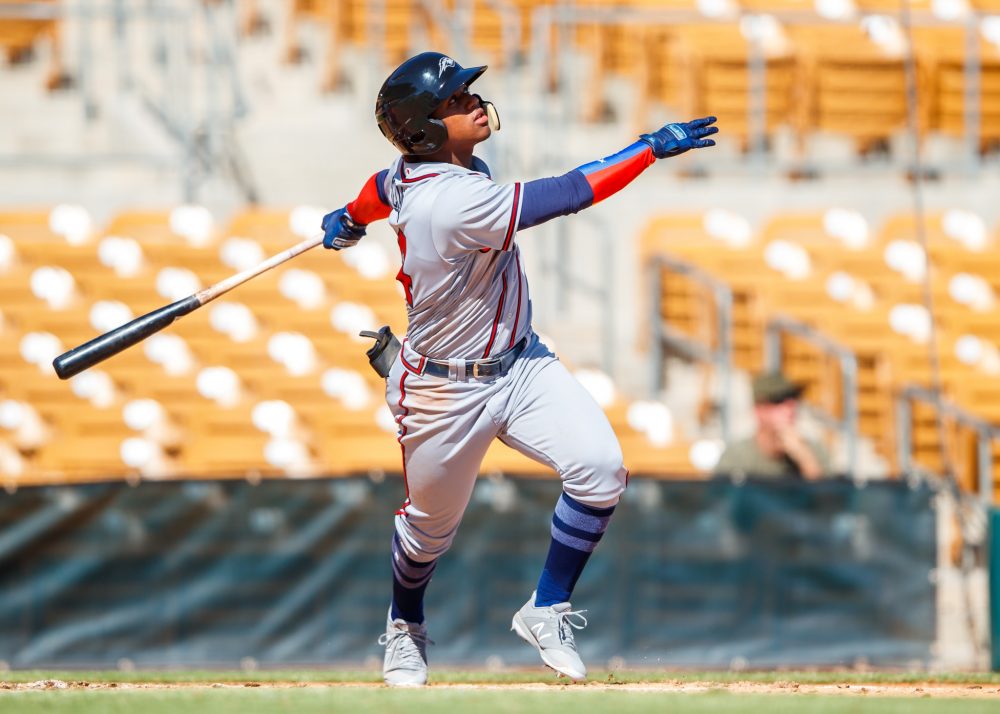 Tyler Beede, RHP, Scottsdale Scorpions (San Francisco Giants): 4 IP, 2 H, 2 R, 0 ER, 0 BB, 4 K
This polished Vanderbilt alum looks to be in line to get innings in the starting rotation next year for San Francisco. While no pitch really stands out, his whole arsenal is above average, but can struggle with his command at times.

Taylor Hearn, LHP, Glendale Desert Dogs (Pittsburgh Pirates): 3 IP, H, 0 R, 3 BB, 3 K
A big left-hander who sits in the mid-90s as a starter, Hearn still has warts that may not allow him to take the ball every fifth day. While he throws hard, his hard slider is inconsistent, and there isn’t much of a changeup to speak of. His command can wander at times as well, leaving  him as a possible bullpen arm.

Braden Bishop, OF, Peoria Javelinas (Seattle Mariners): 3-4, 2 R
Bishop is fast, plays a mean outfield, and has brought his hitting ability with him everywhere he’s gone. There isn’t much power, so he really needs to hit to be an everyday contributor.

Andrew Vasquez, LHP, Surprise Saguaros (Minnesota Twins): 2 IP, 3 H, 0 R, 0 BB, 3 K
I have been surprised that Vasquez has held his own thus far in Arizona. While the curveball is a good offering, the fastball has pedestrian velocity and tends to be hittable up in the zone.

Adbert Alzolay, RHP, Mesa Solar Sox (Chicago Cubs): 2/3 IP, 6 H, 6 R, 6 ER, K, 3 HRA
Not a good day at the office. Alzolay might be tiring after already throwing 114 innings between two levels this season. He still figures to place prominently among our Cubs top prospects, though.

Keegan Akin, LHP, Salt River Rafters (Baltimore Orioles): 2 IP, 0 H, 0 R, BB, 5 K
With a big fastball, two above-average secondaries, and average control, Akin figures to move quickly through the system. The only concern is he was somewhat hittable against left-handers this past season.

Andrew Sopko, RHP, Glendale Desert Dogs (Los Angeles Dodgers): 4 IP, 2 H, 0 R, BB, K
While he has moved quick through the system, Sopko lacks a put-away offering and can be hittable when he isn’t locating his fastball.

Dean Deetz, RHP, Mesa Solar Sox (Houston Astros): 2 IP, 0 H, 0 R, 0 BB, 4 K
Deetz has big-time stuff. With a fastball that’s a mid-90s offering, a change that’s a mid-80s pitch, and a low-80s curve, they’re a historian’s favorite velocities. But the consistency wanders, which hurts his overall command and limits his overall upside in the rotation. Perhaps a full-time conversion to the bullpen will help him.

Brett Sullivan, C, Surprise Saguaros (Tampa Bay Rays): 2-3, R, 2B, RBI
Sullivan, who was a shortstop in college and initially played second base in the system, is getting more time behind the plate. He has good physicality with some pop and good hands, but still looks rather raw to say the least.

Nicky Lopez, SS, Surprise Saguaros (Kansas City Royals): 2-4, 3B, RBI, K
Lopez hit a hard roadblock in Double-A after a High-A debut, going from a .783 OPS to .605. While he doesn’t offer much power, he is fast and works counts, so his on-base skills should help buoy his bat. But as a plus defender at the six, he doesn’t need to hit that much to even be a second-division regular.

Steven Duggar, OF, Scottsdale Scorpions (San Francisco Giants): 2-4, 2 R, 2B, K, 3 SB
Wilson Karaman was a fan last year, as was J.H. Schroeder in this Ten Pack. I can’t argue with either of them, so just agree with them, pick Duggar up for your fantasy team, and thank them later.

Taylor Sparks, 3B, Scottsdale Scorpions (Cincinnati Reds): 2-4, 2 R, 2 HR, 2 RBI, K
Sparks looks the part, has above-average power, is an average runner, has a plus arm, and is a hard worker. He just can’t hit a baseball with much frequency and has featured strikeouts rates that Mark Reynolds would blush at.