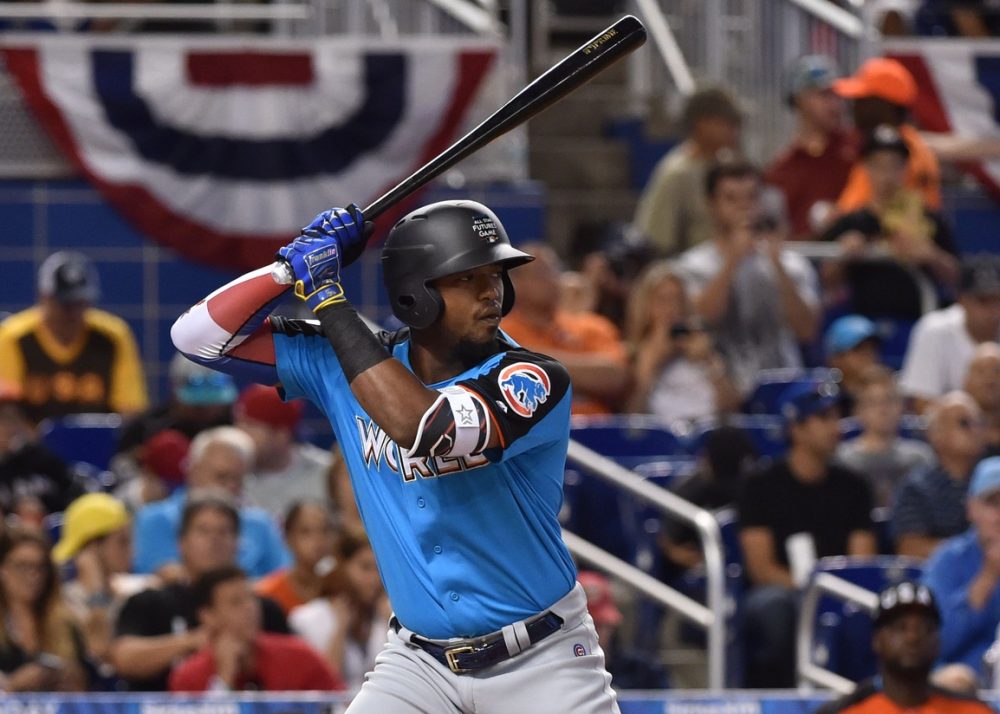 Julio Borbon, OF, Pericos de Puebla (DWL Tigres del Licey): 3-5, 2 R, 2B, SB
I just want to note for the record that I always liked Julio Borbon as a player, and it makes me happy that on the heels of tearing up the Mexican League this season (.365/.426/.469 in 389 plate appearances) the 31-year-old is now six for his first 12 with a couple walks as the leadoff man for Dominican juggernaut Licey. Engel Beltre also went yard in this one, and he’s rocking a 1.082 OPS out of the nine hole.

Zac Curtis, LHP, Philadelphia Phillies (DWL Tigres del Licey)
I nailed Curtis’ scouting report as well as I’ve ever nailed a scouting report, 11 months ago describing his hair as “a powerful mop, with rich, luxurious volume that, once tamed by the hands of a big league-caliber beautician, could very well play to plus at maturity.” Yeah, well look at homeboy now, at the end of a second straight season’s run in Major League shower facilities. I remind you that he is just 25, with additional projection still, somehow, impossibly, remaining: 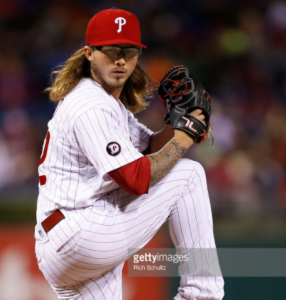 Tyler Austin, 1B, New York Yankees (DWL Leones del Escogido): 0-1, 3 BB, K
This was just Austin’s second game of the fall, as he works himself back into playing shape following a season’s worth of bum luck sandwiching a nice run of success at Triple-A. Don’t let the lost season of injury combine with Greg Bird’s high-profile return to the lineup for New York’s playoff run to obscure Austin’s competitive spot on the organizational depth chart heading into 2018.

Chuck Taylor, OF, Seattle Mariners (VWL Cardenales de Lara): 3-5, R, 2B, 4 RBI
Taylor’s is a fun tale of perseverance; the 2012 fourth-rounder’s already been plucked away from his signing team via the Minor League Rule V draft, and the 24-year-old’s just kept grinding his way on through Double-A now. It’s the thin profile of a stockier left field-only type with okay-not-great offensive tools.

Mitch Keller, RHP, Pittsburgh Pirates (AFL Glendale Desert Dogs): 5 IP, H, 2 K
Keller was more than halfway to the Maddux when he tapped out after facing the minimum on 49 pitches in this one, and he earned it, sitting 96 with run in his final inning. He’s given up three runs in his first four starts, holding batters to a .151 average.

Brian Mundell, 1B, Colorado Rockies (AFL Salt River Rafters): 2-3, BB, 2 R, HR, RBI
I liked Mundell just fine at Lancaster this year. He’s not an especially exciting hitter, but he’s not an especially bad one, either. Perfectly playable corner/DH profile that would’ve gotten a longer look in days gone by, but I think he’s a decent enough bet to hit enough for a second-division role at his peak.

Steven Duggar, CF, San Francisco Giants (AFL Scottsdale Scorpions): 1-3, K, SB
This was Duggar’s fourth bag in five tries this fall, after he swiped 10 in 12 tries in between lost injury time during the regular season. Stole it off Will Smith, too, who’s got just about the quickest draw in the west this fall. That’s a big deal for a guy as fast as Duggar who’d nonetheless previously struggled to generate utility on the bases.

Will Smith, C, Los Angeles Dodgers (AFL Glendale Desert Dogs): 1-2, BB, R, HR, RBI, K
Speaking of that devil, Smith’s crushed the ball pretty consistently in Arizona, which is a good sign for a guy coming off a broken hand. Interestingly, Smith has shown a pop-and-strikeout profile in his small sample of at-bats thus far, which is a far cry from his offensive approach in the Cal League.

Andrew Knizner, C, St. Louis Cardinals (AFL Surprise Saguaros): 3-3, 2 R, 2B, PB
A smart but raw converted catcher the Cardinals scooped up in the seventh round of the draft…barf! Knizner put together a really impressive first full professional season in 2017, jumping from A ball to Double A and maintaining consistent offensive production. He’s still evolving into a true catcher, but he’s shown the chops to do it thus far, and he’s in exactly the right system to continue growing.