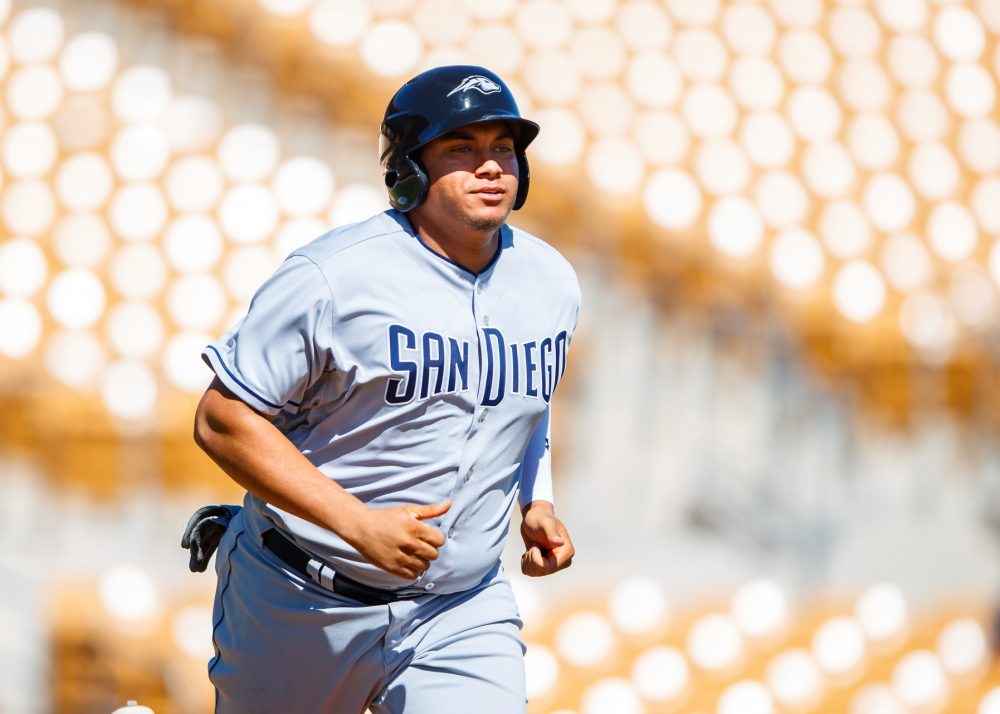 Reese McGuire, C, Aguilas Cibaenas (Toronto Blue Jays): 0-4, 3 K
Look, he is still young, so there is hope he can do something for you offensively. But even if he doesn’t, his defensive skills are really good. I mean Jeff Mathis has held down a major-league job forever, so why not Reese?

Mike Ford, 1B, Estrellas Orientales (New York Yankees): 2-4, 2B, K
Ford was having a good season in the Yankees system, but they traded for other first basemen in the minor leagues, blocking his overall development. While he is just a hitter, he has hit at every level and might just need an opportunity somewhere else.

Fernando Tatis Jr., SS, Estrellas Orientales (San Diego Padres): 2-3, BB
I would say his season is still going well. The only question is how high we will rank him on our Top 101.

Josh Judy, RHP, Aguilas Cibaenas (Free Agent): IP, 2 H, K
Just in case you were wondering what this former 2011 major leaguer with a career 7.07 ERA was doing with his offseason.

Bobby Bradley, 1B, Glendale Desert Dogs (Cleveland Indians): 2-5, 2 R, HR, RBI, 2 K
Bradley has big-boy power, which will play in the desert. What we are still wondering though is how much contact he can make, and if he can be viable enough to play first base.

Josh Naylor, 1B, Peoria Javelinas (San Diego Padres): 2-5, R, 2B, 4 RBI
You can basically just copy what I wrote for Bradley and put it here.

Kyle Lewis, OF, Peoria Javelinas (Seattle Mariners): 3-4, 3 R, 2 2B, RBI, BB
This was Lewis’ first action in the fall league. After missing most of this year (and last) with various injuries to his knee, it is good to see him on the field again. He still has an uber-high ceiling when he is on the diamond.

Garrett Cleavinger, LHP, Glendale Desert Dogs (Philadelphia Phillies): 1/3 IP, 6 H, 5 R, 5 ER, K
Traded to Philadelphia in exchange for Jeremy Hellickson, Cleavinger has a funky delivery that can be hard to repeat at times. When he is out of sync with it, the results can be poor.

Ryan Mountcastle, INF, Salt River Rafters (Baltimore Orioles): 3-4, R, HR, 2 RBI, K
Initial reports of the third base defense have been mixed. While his range and athleticism are fine, his well-below-average arm limit the kind of plays he can make.

Yanio Perez, OF/1B, Surprise Saguaros (Texas Rangers): 2-3, R, HR, 2 RBI, BB
Signed in September 2016 out of Cuba, Perez has some power, is a plus runner, and can play the four corners. He’s still on the younger side, and could blow up with a big year at Double-A.

Ryan Atkinson, RHP, Salt River Rafters (Arizona Diamondbacks): 4 IP, 4 H, 2 R, 2 ER, 3 BB, 6 K
It has been a good season for this former indy baller. While not an overpowering pitcher, he has a funky arm slot and is very deceptive to hitters. While the ceiling remains limited, it is still a good story nonetheless.

Kevin Padlo, 3B, Surprise Saguaros (Tampa Bay Rays): 1-3, R, RBI, SB
Like many other players who head out to Arizona, Padlo missed time this year with injuries and looks to get more at-bats. While he can more than play third base, he hasn’t shown much consistency with the bat, often times selling out for pull-side power.

Joel Bender, LHP, Scottsdale Scorpions (Cincinnati Reds): 2 IP, 0 H, 0 R, 0 BB, 2 K
Bender had Tommy John surgery in 2016, and didn’t accumulate many innings in 2017, hence him being in the desert. As a 26-year-old lefty with a fringe-average fastball, there isn’t much value here.

Tomas Nido, C, Scottsdale Scorpions (New York Mets): 1-4, 2B, RBI, 2 K
Nido got a cup of coffee this past season, but will most likely find himself back in the minors to start 2018. He brings good defensive skills, but the bat has been relatively light and might not be more than a good backup.