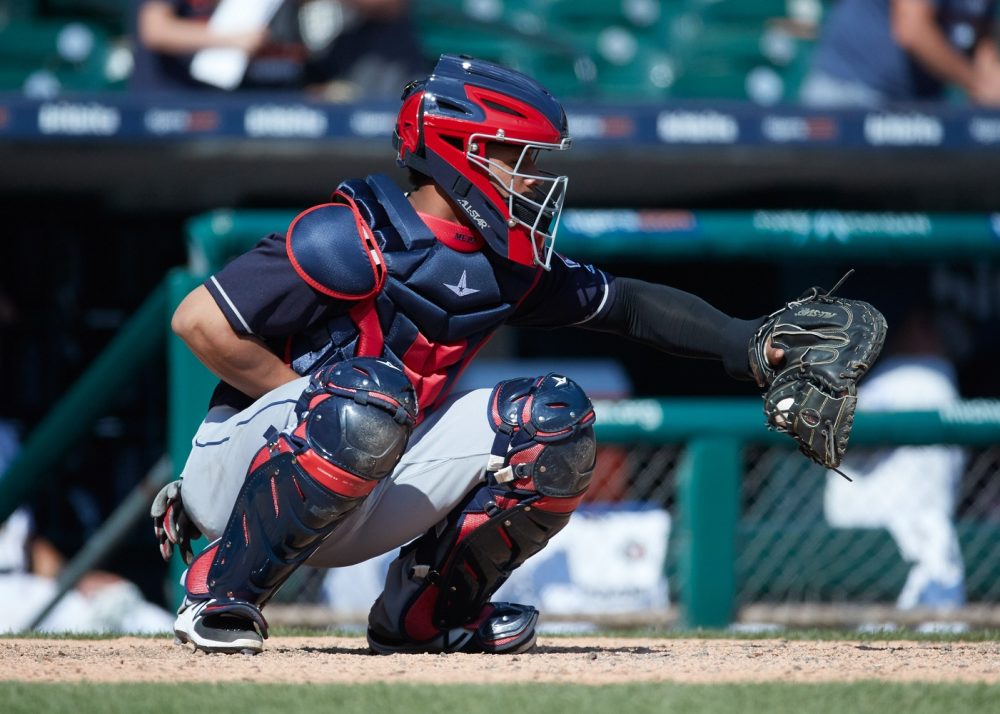 Michael O’Neill, OF, Surprise Saguaros (Texas Rangers): 2-5, R, 2 2B, RBI, K
The nephew of former Yankees great Paul O’Neill, Michael was a former Yankees draftee (third round, 2013) but was released last offseason. After signing on with the Rangers Michael has showed more potential with the bat, but still has contact issues.

Tom Hackimer, RHP, Surprise Saguaros (Minnesota Twins): 2 IP, 0 H, 0 R, 0 BB, K
A crafty sidearmer, Hackimer has gotten quality results, with stuff you might not expect. His fastball can get up to 93, but sits 90-92 with worm-killing movement, and he has a slider that can be tough for righties to pick up.

Oscar Mercado, OF, Surprise Saguaros (St. Louis Cardinals): 1-2, R, 3 BB, 2 SB
I mentioned here back in 2016 that Mercado had the tools to profile better in the outfield and that he would provide more value there. The bat has been playing higher than what I expected, but the role might end up the same.

Kyle Holder, INF, Scottsdale Scorpions (New York Yankees): 4-6, 2 R, 3B, HR, 3 RBI
While a gifted defender, Holder hasn’t been able to provide much value with the stick over his minor league career. He did finish the last month of the season on a hot streak, and has seemingly brought it with him to the desert.

David Thompson, 3B, Scottsdale Scorpions (New York Mets): 3-4, 3 R, 2B, HR, 2 RBI, BB, K
Here is the dilemma with Thompson, the bat doesn’t profile anywhere. He has power, and shows on-base skills, but where does he play? I have had one evaluator rate him as a -20 runner, with a below average arm, and fringe fielding skills.

Javier Guerra, SS, Peoria Javelinas (San Diego Padres): 2-4, R, HR, 2 RBI
What Wilson Karaman doesn’t want you to do is read this scouting report he wrote on Guerra way back in May 2016. Unless he becomes an above-average starting shortstop, then he will want you to read in all days that end with Y.

Alex Jackson, C?, Peoria Javelinas (Atlanta Braves): 1-4, R, HR, RBI, 3 K
It has been a long season for Jackson. After being acquired from Seattle, Jackson has spent the bulk of the season behind the plate. He needs as many reps as he can get, but he has been tiring, with reports being underwhelming.

Cornelius Randolph, OF, Glendale Desert Dogs (Philadelphia Phillies): 2-4, SB
We think Randolph will hit, but he won’t be winning any gold gloves in the outfield anytime soon.

Yuniesky Betancourt, 3B, Aguilas de Mexicali (Free Agent): 2-3, RBI
Just in case you were wondering what he has been doing this offseason.

Francisco Mejia, 3B, Glendale Desert Dogs (Cleveland Indians): 4-5, 2 R, RBI
Reports of Mejia in the infield have been mixed, with some saying he is a good enough athlete to make it work after a lot of practice. While others believe he won’t learn the reactions and quick feet necessary for it.

Colin Poche, LHP, Salt River Rafters (Arizona Diamondbacks): IP, 0 H, 0 R, 2 K
A 14th-rounder in 2016, Poche has been baffling hitters thus far in his short minor league career. With a fastball that can touch the mid 90’s and a hard breaking ball, this is a profile that can move quick.

Monte Harrison, OF, Salt River Rafters (Milwaukee Brewers): 3-5, 2 R, 2 HR, 7 RBI, K
We warned you about how good he is. Now that he is healthy for the first time in a while, Harrison put everything together to break out in a big way. He will be featured prominently on our Brewers Top 10.

Brian Mundell, 1B, Salt River Rafters (Colorado Rockies): 3-5, 2 R, K
The defense at 1B leaves something to be desired, but the tools he brings to the plate are legitimate and could be overlooked in the right role.

Nicky Lopez, SS, Surprise Saguaros (Kansas City Royals): 2-5, R, 2 2B, K
A fifth-rounder in 2016, Lopez started off hot in High-A, then plateaued a bit in Double-A. But this was all in his first pro season and would have seemed to struggle at some point. The glove is the calling card, but he showed better base running aptitude and more juice with the stick then before.

Andrew Knizner, C, Surprise Saguaros (St. Louis Cardinals): 2-4, 2 R, 2 HR, 3 RBI, 2 K
Knizner is our leading candidate for “Cardinals Devil Magic Player of 2017”, which would easily explain everything about him.

Daniel Johnson, OF, Mesa Solar Sox (Washington Nationals): 3-5, 2 R, 2B
A quality athlete, the main knock on Johnson was if his prior offensive success was a mirage of playing in strong offensive environments. He has adjusted his swing away from the college style “inside-out” to driving the ball more.

Sean Murphy, C, Mesa Solar Sox (Oakland Athletics): 2-4, 2 RBI
Murphy has a legit 7 arm, with pure arm strength and quick hands to boot. After missing most of his junior season of college with a broken hamate, Murphy struggled in his initial foray of pro ball. Now healed, Murphy showed off power to go with his premium arm strength.

T.J. Zeuch, RHP, Peoria Javelinas (Toronto Blue Jays): 5 IP, 3 H, 0 R, 0 BB, 4 K
Zeuch missed most of the season with various injuries, so he went out to Arizona to regain innings. Or maybe as a Midwest kid he wanted to head west and try In-N-Out Burger. We’ll never know.

You need to be logged in to comment. Login or Subscribe
Llarry
In the future, all catchers will be named Murphy. (or will all Murphys be catchers?)
Reply to Llarry