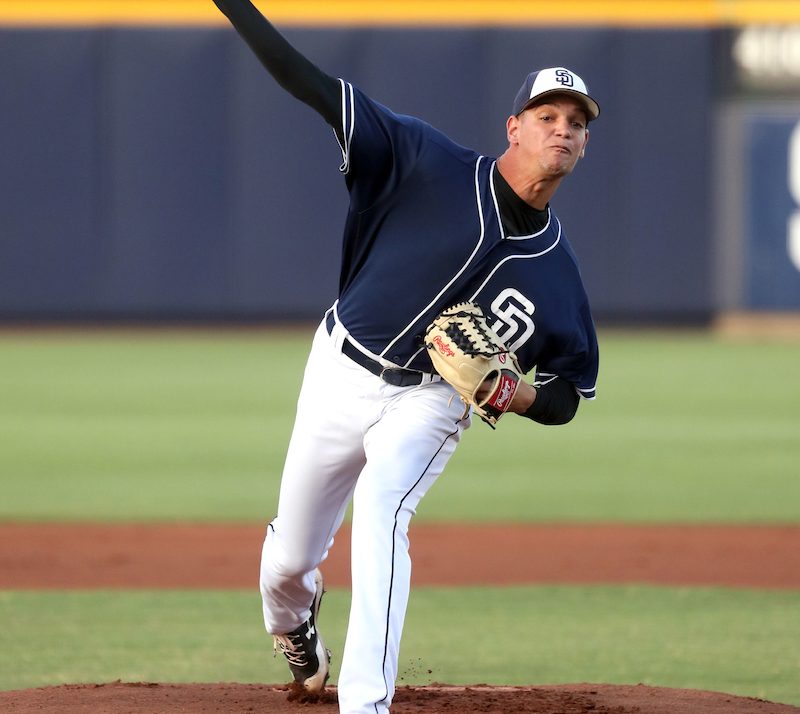 Last week we covered the best tools at the plate. Today we cover the arms.

Best Fastball: Gregory Soto, West Michigan (Detroit Tigers)
Lack of polished secondaries mean Soto’s future is likely in the bullpen. However the Tigers will give him every chance to stay in a starter’s role due to his potential 70 grade fastball. It explodes on hitters with late life, touching 98mph and has some arm side run. The command can get loose at times, but Soto is athletic enough that it profiles as average. There were better overall pitching prospects in the Midwest League this year but none had a fastball that graded out higher than Soto’s.

Hicks’ control at present leaves a lot to be desired, but the fastball does not. He comfortably sits at 94 with good movements and has the ability to reach back for 99 when he wants it. Unfortunately, he seldom has any idea where the pitch is going, a large part of his struggles in the Peoria this season. Baez uses his 6-foot-8 frame and long extension to get the most out of his fastball. It sits 93-94 but is heavy with late life and he shows the ability to elevate and miss bats. For a big man, there is quality athleticism and potential plus command.

Best Breaking Ball: Wennington Romero, Dayton Dragons (Cincinnati Reds)
No one showed more confidence in their offspeed this year than Romero. The curve sits 74-76, has depth, and features a 12-6 shape. Romero will throw it early to steal strikes and also knows how to bury it for swing and misses. The fastball is currently mediocre but an eventual move to the bullpen should increase the velo, making the curve play up even more.

At 18 years old Morejon already has an advanced feel for the curveball. There is good velocity separation from his mid-90s fastball with the breaking pitch sitting 76-78mph. It has bite in the 1-6 movement and Morejon can bury it to elicit hitters to chase. Morejon’s teammate at Fort Wayne, Lawson also possesses one of the best breaking pitches in the league. Featuring 11-5 shape, it has late, tight break and Lawson shows a consistent release point.

Whitley’s curve is a weapon, featuring big, sweeping, two-plane break in the 74-76 range. The pitches moves from 11-5, and generates whiffs on its sharp bite alone. Whitley can struggle to command it at times, pulling it down too hard and spiking it to the glove side, but it’s a swing-and-miss offering at the major league level. Allen’s curveball is a throwback, an old-school, 12-6 hook with huge depth, a major change of pace from his low-to-mid 90s sinker. The bite can be inconsistent at times, but when he snaps off a good one, it’s a sharp and nasty offering. May features the one slider on our list, but it’s definitely not an afterthought. The pitch shows major tilt, working its way from 10-4 with big, sweeping break that he can tighten up on occasion. Checking in around 80 mph, May can backdoor or back foot it, making the already strong offering a truly nasty weapon.

Best Changeup: Jordan Sheffield, Los Angeles Dodgers (Great Lakes Loons)
Emmett already devoted words to Jordan Sheffield’s slider, but his changeup is the true weapon. Thrown with the same plus arm speed as his fastball, the pitch features plus fade that ever so gently drops out of the zone. While its movement can be inconsistent, he manages to locate it well to the arm side, and it plays well off of his mid-90s heat.

Cease is still developing feel for his change, the arm speed can be inconsistent. It does show promise as a swing and miss pitch with good velocity separation and late fade. Vargas’ change clocks in at 82-84, and while it can firm up at times, it flashes good tumble and velo separation from his low-to-mid 90s fastball. What makes the pitch effective is that Vargas sells it well, showing great arm action on the pitch that gets hitters swinging early.

Best Command: Jon Duplantier, Arizona Diamondbacks (Kane County)
Duplantier burned through the Midwest League in the spring, posting a 1.24 ERA over 70 innings. While the stuff is good, his best weapon is his fastball command. He pounds the zone with the pitch, working it well to each side of the plate and elevating when ahead in the count. What separated him was his command of his secondaries, in particular his slider. While the pitch itself wasn’t his best breaking ball, he was able to consistently locate it down to the glove side. He would nick the corner for strikes or bury is low in the zones for whiffs. He still needed to develop a handle on his curveball, as he could hang one on occasion, but as a whole his command of his repertoire was far more advanced than any other pitcher in the Midwest League.

Others of Note: Dustin May (LAD), Michel Baez (SD)

May’s fastball command is impressive for a 19-year-old. He can work the pitch to both sides of the plate, but likes to run it to the glove side, especially to righties. He’ll lose his release point at times, but he still above-average amongst the Low-A ranks. Where he really stands out is his breaking ball command. May works his slider extremely well, throwing the pitch for strikes and burying it in the dirt. He has specific locations that he works the pitch for hitters on each side of the plate, and he knows how to manipulate the pitches movement to get it where he wants. You wouldn’t expect someone with Baez’s size to have the command and control that he does. Built more like a power forward, his athleticism allows for a repeatable delivery. This plus command combined with the big fastball makes Baez a top prospect.