Welcome back to The FAAB Review, the weekly series that looks at FAAB bidding in expert leagues to help you, the Baseball Prospectus reader, with your fantasy baseball bidding needs. Every week, Mike Gianella closely scrutinize the expert free agent bids in LABR Mixed, Tout Wars NL, and LABR AL. He’s on vacation this week, so it’s George Bissell coming out of the bullpen for the save.

He’s always vexed me. You have to be willing to admit when you are wrong. I’m going to end up being wrong about Hoskins. I was skeptical and borderline dismissive after he mashed 38 home runs in a notorious hitters paradise at Double-A Reading. Sure enough, Hoskins erased those concerns I had by hitting .284/.385/.581 with 29 taters in the cavernous confines of Triple-A Lehigh Valley. There are zero questions regarding his power. It’s real and it’s fantastic.

It’s a bit perplexing why the Phillies are using him in left field instead of just benching Tommy Joseph, but outfield eligibility is a nice bonus. My main concern with Hoskins is that his fantasy floor is deeper than a mineshaft if he isn’t hitting for power. He’s never had issues making contact at the minor-league level, but he’s unlikely to be an asset in batting average right away. He offers very little in terms of speed and the Phillies offense is hardly a source of counting stats. There is plenty of reason for excitement long-term, but I think it would be a mistake to overlook the lingering concerns in his profile that could impact him in the short term.

If you asked Alexa for examples of “electric stuff,” Lopez triple-digit velocity would be one of the first names she rattles off. The 23-year-old right-hander’s propensity to rack up strikeouts at an elite rate is enough to buoy his fantasy value, but he has a chance to be special if he can find a way to limit the free passes. Aside from a pair of home runs to Mike Moustakas, Lopez effectively shut down the Royals in his first start in a White Sox uniform a week ago.

Over his final eight starts at Triple-A Charlotte, Lopez posted a 2.70 ERA with 63 strikeouts and just 15 walks over 46 2/3 innings. If you’re the type of fantasy owner who can stomach the occasional start where his control isn’t there (and he gets lit up like a piñata at a birthday party), Lopez could be right for you. There will be bumps in the road, but the talent is off the metaphorical charts. The time to invest is right now.

Scooped up by friend of the Flags Fly Forever podcast, Rudy Gamble of Razzball, Piña is hitting .287/.332/.448 with eight home runs over 290 plate appearances this season. That doesn’t sound impressive, but catcher is an absolute wasteland. Per ESPN’s player rater, Pina grades out as the 11th-best catcher in fantasy this season. Considering that three of the catchers ahead of him are currently on the disabled list, he’s someone that needs to be owned, even in shallow mixed leagues.

The 24-year-old right-hander was brilliant in his previous outing, holding the Mariners to just one run and four hits with seven strikeouts over eight innings Aug. 4. There are some glaring issues in his profile, most notably that he’s served up nine home runs in just 44 innings (1.84 HR/9) at the major-league level this season. He’s not going to get a more favorable matchup than the Athletics on the road this week, so I don’t mind rolling the dice in a mixer.

Let’s talk about Stratton for a minute. He’s going to be a popular pickup in deeper formats on the heels of a 10-strikeout performance against the Nationals last weekend. I’m not ready to buy in from a mixed-league perspective because he’s gotten lit up on several occasions (5.51 DRA in 35 2/3 career innings) versus big-league hitters. However, his numbers in Triple-A (2.48 DRA with 71 strikeouts and just 22 walks over 79 1/3 innings) have been really encouraging. There’s something here, but I want more data. A tasty matchup at home against the Phillies is worth paying close attention to this week.

Did you know that Petit’s 2.69 ERA ranks fourth out of 167 pitchers with at least 60 innings of work this season? This is not an alternative fact.

The 32-year-old has been impressive in an under-the-radar fashion. He’s been used in a variety of roles (starter, mop-up man, set-up man, and even closer) and brought home the bacon every time. The 32-year-old’s pinpoint control remains intact and he’s seen his strikeout rate surge from just over 7.0 K/9 each of the last two years, to 9.8 K/9 this season. Per BP’s PITCHf/x leaderboards, the effectiveness of Petit’s curveball is back to where it was during his final season with the Giants in 2015. Not only has he been able to get ahead of hitters consistently with his fastball, but he’s also been able to finish them off with a strikeout or weak contact so far.

I don’t think Petit will get a chance to close if Cam Bedrosian stays healthy over the final month and a half. However, he’s been impressive and has certainly done enough to prove that he belongs on the mixed-league radar.

Bret, this one is for you.

In three starts since being traded to San Diego, Wood has posted a prodigious strikeout rate (10.69 K/9), handed out too many free passes (3.94 BB/9) and recorded a lackluster 6.19 ERA. Sound familiar? Wait. Is that Trevor Cahill’s music? It’s happening again.

The 30-year-old is one of the biggest names to be dealt after the trade deadline in recent years, and is one of the best hitters to land in the AL in recent weeks, along with Eduardo Nuñez and Lucas Duda. There isn’t a ton to say from a fantasy perspective. Bruce is the type of one-dimensional power and counting stats slugger that has experienced the steepest decline in fantasy value due to the league-wide power surge. Sure, he’s slugged 29 home runs in just 461 plate appearances already, but there is no shortage of power in the fantasy landscape. The Indians are notorious for their outfield platoons under Terry Francona, which could take a bite out of his playing time down the stretch, but Bruce looks like he should fit nicely into the fifth spot in that lineup. He’s worth the hefty FAAB investment, but it’s hard to overlook the hit that his fantasy profile has taken due to factors beyond his control.

Saves are saves. Just like you should always use your dragons, I’m a big proponent of plunking down prodigious amounts of FAAB to chase saves late in the fantasy season. After spending what feels like an eternity as the darling of saves speculators worldwide, Bedrosian is finally getting a chance. The 25-year-old picked up a pair of saves late this past week and boasts a strikeout rate (12.0 K/9) over 27 innings. On the surface, his 3.67 ERA doesn’t look impressive, but his Deserved Run Average (2.95 DRA) is nearly a full run lower than that. There is some competition in the Angels pen if Bedrosian falters, but this should be his job moving forward. I feel pretty confident making that statement, but you just never know with Mike Scioscia and his affinity for veterans. 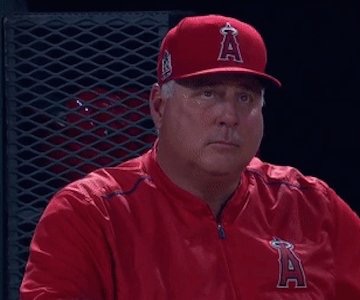 It’s been a brutal year for free-agent hitters on the AL-only front. I’m speaking from experience as an owner in the CBS AL-only expert league. Sure, Powell is going to get plenty of at-bats in Oakland, but Powell has hit .186 this season. There is some speed, but he has to start getting on base to tap into it. Hard pass.

The 26-year-old sidewinder has struck out 31 percent of the right-handed batters he’s faced this season, emerging as a viable late-inning weapon for the Twins. After veteran Matt Belisle blew a save Saturday afternoon, Hildenberger got the call and slammed the door Sunday. This is looking like a savvy pickup already.

Bedrosian seems to have established himself as the Angels closer, but given his injury history, there is a chance that Middleton picks up the occasional save down the stretch. Not a bad speculative gamble.

After a flurry of activity with marquee talents Jose Quintana, J.D. Martinez, Yu Darvish swapped to the senior circuit in recent weeks, it was a relatively quiet FAAB cycle in the NL. The 26-year-old righty is expected to replace Vince Velasquez in the Phillies rotation and has enough strikeout appeal (8.74 K/9 over 46 1/3 innings) to merit a speculative addition in deeper formats.

With Bryce Harper out indefinitely, there is a window for Stevenson to pick up some additional starts over the next few weeks. He’s really struggled at the plate and his appeal is strictly limited to NL-only formats right now.

The acquisition of veteran backstop Alex Avila at the trade deadline eliminated any potential enthusiasm regarding the 23-year-old, but Willson Contreras recent hamstring injury cracks the door open a bit. A revamped approach and a massive uptick in exit velocity drove Avila’s first-half surge at the dish, but he’s cooled off considerably as the summer drags on, hitting just .167/.299/.250 with just two home runs since July 1. He also has an extensive injury history to consider. As far as speculative additions go, this type of pickup is about as good as it’s going to get in an NL-only league.

It’s nearly impossible to endorse a starting pitcher who owns a 5.70 DRA, and strikes out a paltry 6.2 per-nine, but Worley has held his own in four starts since rejoining the Marlins rotation on July 28. During that span, he’s held opponents to three runs or less in each outing and racked up an impressive 60 percent ground-ball rate. He gets the Mets on the road this weekend and isn’t a bad streaming option in deeper leagues.

We profiled Stratton earlier in the mixed-league section. I’m not ready to endorse him in that context just yet, but he has some legitimate value in an NL-only format.

Mike Gianella picked up both Maton and Strickland in an attempt to fill the considerable void created by Trevor Cahill’s injury. Just kidding. He was brutal after the trade to Kansas City and is now on the shelf with a shoulder issue. Here’s the deal. Cahill is a classic example of using good process to identify talent, but a bad outcome. I still believe there is something there. It’s nearly impossible to fake the swinging-strike and ground-ball rates he generated as a starter this season. Hopefully he can get healthy soon.

I’m an unabashed Brad Hand supporter, but I wouldn’t rule out the possibility of a Dodgers-style phantom disabled-list stint in September to keep him healthy heading into the offseason. It’s not crazy to think that Maton could get a shot at the ninth inning in San Diego late in September.