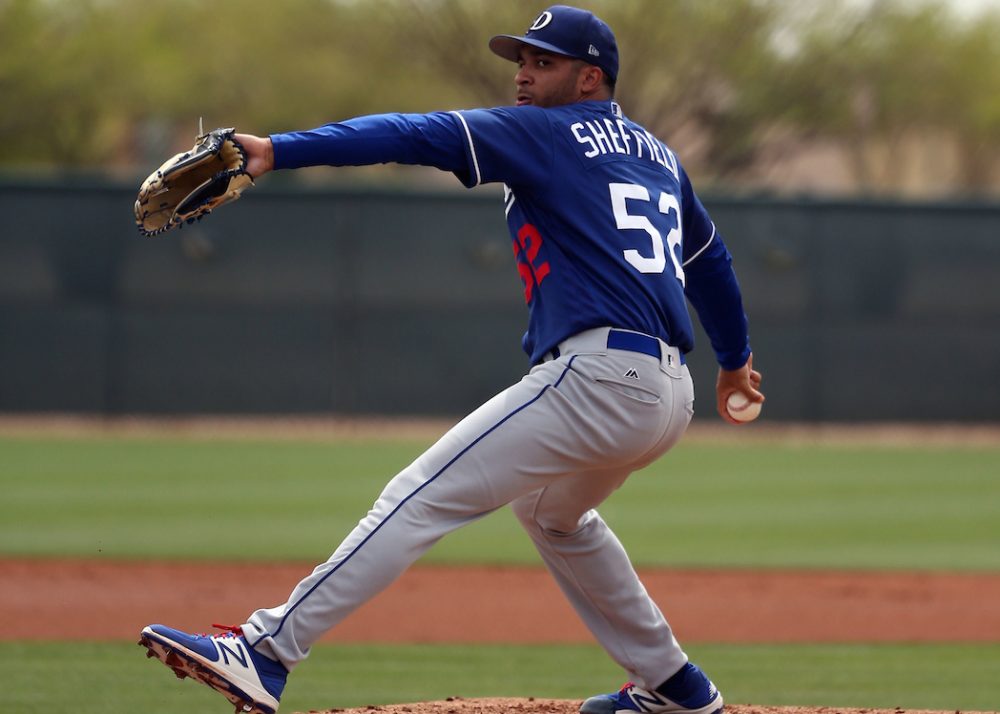 Back when I was someone who only read reports and didn’t have to write them, I had a misguided belief in the precision of the 20-80 scale. Baseball Prospectus has always preached that development isn’t necessarily linear, but it’s much easier to understand that in theory than to account for it in practice. In my mind, a guy’s stuff was his stuff and his tools were his tools, and those were the bedrock of his prospect profile. The feel for a pitch might progress or he might add more power as he bulks up, but the change was always built on what was there before.

In reality, the process isn’t that black and white, and players can look completely different from night to night. One of the challenges of evaluating prospects is trying to reconcile conflicting information about a player. Many take the “it’s in there” approach, with the idea being that if a guy flashes a tool or a pitch, that represents his ceiling for that tool or pitch, and the rest of the work is projecting the likelihood of him reaching it. How many times have you read about a prospect with “some feel for the change” that the evaluator projects to average?

Others are more conservative with their grades, preferring to “write what you see.” Sometimes a guy doesn’t show what everyone else says he does, so you become the low guy. However, as Jeffrey Paternostro wrote last week, the job of an evaluator in the public sphere is different than that of a professional scout. I’ve seen Dodgers prospect Jordan Sheffield three times this year. Each time I’ve seen something different, and I don’t quite know what to do.

April 17th:
Sheffield comes out sitting 95-97. The velocity is impressive, but the fastball is straight and his command is below average. He leaves pitches over the plate and hitters have no trouble squaring them up.

The primary secondary offering is a slider. In my notes from the outing, I wrote that it sat 84-86, a power slider that flashed above-average, but was an inconsistent offering, presently below-average. The command issues Sheffield had with the fastball carried over to the breaking ball, and he frequently bounced the pitch when trying to elicit chases.

Sheffield only threw a handful of changeups towards the end of his night, but the pitch flashed plus with good fade and arm-speed replication. It was a more advanced pitch than the slider, and I left the start wondering why he threw it so infrequently.

My assessment of Sheffield after his first start was that he had a chance to be an above-average starter, but his high-effort delivery, command problems, and lack of fastball movement likely had him ticketed for the bullpen.

May 8th:
Sheffield’s velocity is a tick lower in this start, sitting 93-96. He’s slowed down his delivery and seems to have a more refined plan of attack, choosing to elevate his fastball to get it by hitters. The command is still all over the place, however, as he walks three batters in five innings and leaves the ball in the middle of the plate too much.

What jumped out to me was the slider. It was harder this time (87-90) and the shape was completely different, featuring hard, late break at the end. “Is that a cutter?” asks one scout sitting a row behind me. “Slider,” says a player development guy. While his command of the pitch is poor, it’s a much more effective offering, and it makes the changeup devastating when he brings it out for the second trip through the lineup.

The slider I saw was a completely different pitch, one that would raise Sheffield’s ceiling significantly if he developed what he had shown that day. While the command problems were still his biggest hurdle, he now looked like he could be a mid-rotation starter if he harnessed it all, even with below-average control.

July 22nd:
Sheffield is pumping the same heat he did in his first two starts, holding 94-96 across his entire outing. He mixed in a couple of two-seamers at the same velocity that were intriguing since his fastball is so straight, but they seemed more experimental than anything else. While his command is still rough this day, his control is the best I’ve seen and he only walks one across 5 innings.

His slider is still his primary secondary pitch, but it has morphed itself once again. It’s now 81-84 and looser than the previous two iterations. He is commanding it better than before, successfully locating it below the zone, but it looks like a pitch that batter at higher levels won’t chase much.

Sheffield cruises through the first four innings before working himself into trouble in the fifth, allowing a leadoff double. At this point, he shelves the slider entirely and works exclusively off the changeup, which is looks the best I’ve seen it. He strikes out the next three batters (all swinging on changeups) to get out of the inning and end his day.

This outing showed me that Sheffield doesn’t really know what his slider is either. He’s tinkering, trying to find the version he likes best, but it’s not a pitch he trusts in a tight spot.

So, What?
So after three different looks, I’ve seen three different pitches. However, the way I feel about Jordan Sheffield now is the same way I felt about him after his first performance. He’s probably ticketed for the bullpen. The high-effort delivery paired with control problems make me skeptical he will stick in the rotation, and while I’m usually one to look past height when the stuff warrants it, Sheffield’s inability to get neither plane nor life on his fastball makes me question how well the pitch will play when it isn’t located well. Add in that he’s had Tommy John surgery before and it’s an extreme-risk profile.

In the end, it comes down to whether I could envision a plus version of the slider ever consistently developing. Given what I’ve seen, that doesn’t look likely. Sheffield’s probably going to continue to tinker with it, which isn’t going to help his command of the pitch develop. So when he moves to the bullpen, he’s going to shelve it in favor of the change, bringing it out on occasion but not relying on it.

Ultimately, I had to make an informed assumption about the pitch. Could Sheffield show up in the majors one day boasting three plus pitches? Perhaps, but probably not. So I wrote not necessarily what I had seen on any one day, but what I felt the pitch would wind up being.