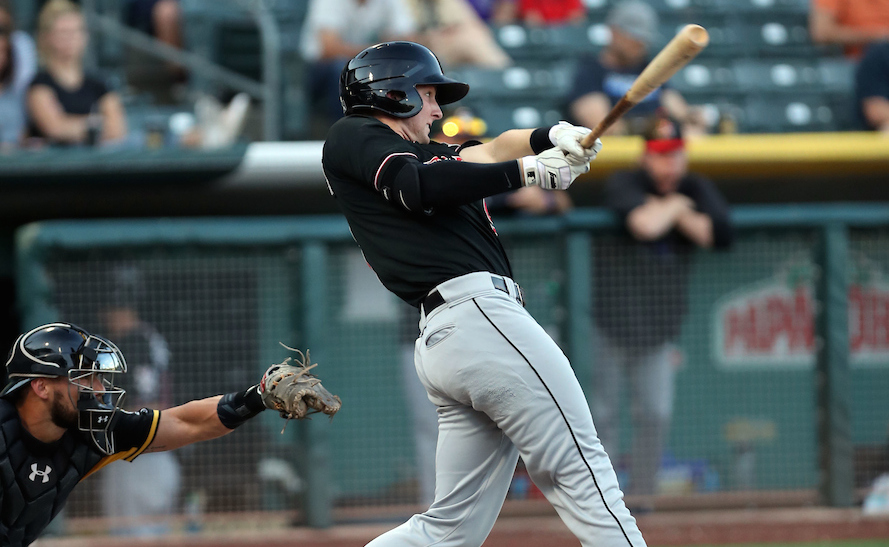 Ryan McMahon just got traded for Tyler Glasnow. Not really, but stay with me.

McMahon’s value as a dynasty prospect is obviously up, right? He gets to play third base, and he has a clearer path to playing time. Glasnow’s value? Obviously down. He has to pitch in Coors. Rough.

Why did I just walk you through this useless hypothetical? To make it clear (or try, at least) that deciding to wildly change your valuations of prospects based on a change in organization is a dubious proposition. It is appropriate sometimes? Sure. As often as you think? Probably not.

With that in mind, I tried to put together a quick, not entirely comprehensive list of five situations in which it’s worth letting a trade drastically change how you view a prospect. Seemed worth a shot with the trade deadline days away. Otherwise, despite the need for trade-deadline takes, it’s probably best to exercise caution. Contextual factors matter, but nowhere near as much as skill.

My thinking here is simple: if your prospect is in the high minors, he has a better chance of playing in the majors with the team he was just traded to. If he’s in the low minors and still 3-5 years away from reaching The Show, well, his current org matters a whole lot less. Who’s to say he won’t be traded again, or that Park Effects won’t change, or that his team’s now-promising supporting cast won’t completely fall apart by 2020? Basically—and with a few exceptions—the lower someone is in the minors, the less their contextual/team factors matter. That stays true during trade deadline season, despite our need for takes.

This doesn’t have a huge impact in my book, but the one exception to the high-minors rule is if your prospect goes to a team with a demonstrated recent history of getting the most out of other prospects with the same skillset. If your toolsy, raw 19-year-old just went from the Mariners to the Rangers, yeah, that’s a plus. Did your flamethrower in Low A just go from the Pirates to the Orioles? I’m praying for you. Did a generic 23-year-old white middle infielder just land with the Giants or Cardinals? Congrats, he’ll be an All-Star by 2019. Just kidding on that last one. Sort of. Are these types of moves enough to make a top-50 prospect a top-10 guy? No. But could a top-125 guy sneak into the top-100 based on something like this? Sure.

5) Your prospect was blocked by an absolute stud

For an example of what I’m getting at here, we have to look no further than Colorado. Raimel Tapia doesn’t count as a blocked prospect right now in my book. He’s not truly blocked by anyone in that outfield except Charlie Blackmon, and there are plenty of other spots. McMahon, though? Yeah, he’s blocked, at least at the position for which he’s best suited from a dynasty perspective. In other words, this applies to a much smaller percentage of prospects than you’d think, and pretty much never applies to starting pitching prospects, because if you just wait six weeks someone will get hurt.

That’s pretty much it. Got a hitter in Low A who went from Baltimore to San Diego? Don’t freak out yet. Just lost a Padres MiLB arm to the Astros? Hey, it might still be ok. You don’t know what the future will hold, and that’s good,

Ok, I lied. There’s one more scenario in which you can rejoice or freak out …

6) The Mariners have traded/traded for your prospect

You need to be logged in to comment. Login or Subscribe
davinhbrown
7) You play in an 'only' keeper league; and lose prospects if they switch leagues.


I was deeply saddened by my loss of Gleybar last year, and Eloy.... let's just say my wife kept asking what's wrong for a couple of days.
Reply to davinhbrown
BenC22
This is a little self-evident, but so is my first point, so fair enough!

Sorry about your Cubs :( blame Theo
Reply to BenC22