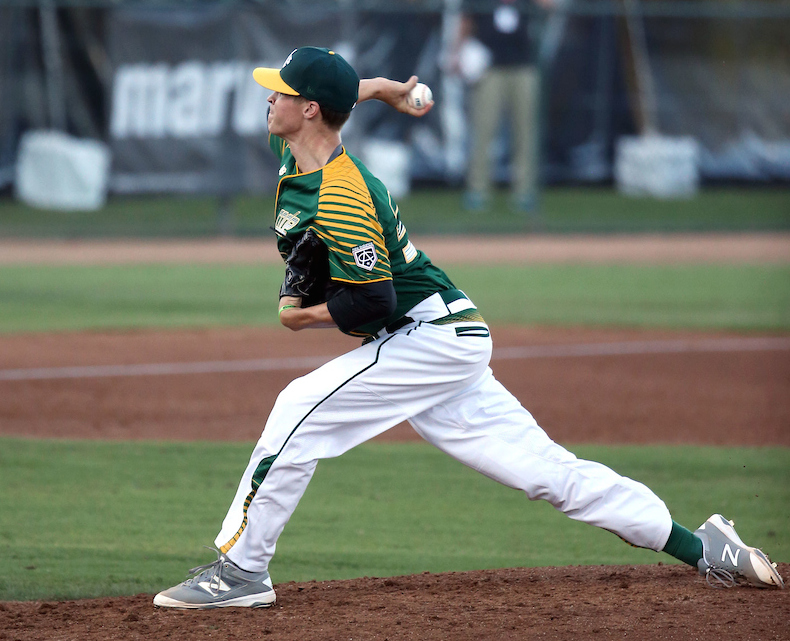 There’s a Stewart Lee bit in one of his recent stand-up specials that has always stuck with me. Lee’s an Edinburgh Fringe Festival stalwart, the British version of the comedian’s comedian. His persona is a smug intellectual—only partially a put-on for the stage—at best maintaining a chilly detente with his audience, but usually he descends into haranguing, mocking, or expressing his sincere disappointment in them.

“Going well down here isn’t it? But up there…These people down here thinking ‘oh this is the kinda thing he does, mucks about like this it will be all right.’ And up there, there’s people going ‘uh, I’ve not seen him before he doesn’t seem to be able to do stand-up.’

I can. I can do it really well actually. I’m really good at it. I’m so good at it that one of the things that I do…is I make it look like I can’t do it…but I can.”

Most of Lee’s touring sets (and most episodes of his BBC show, Stewart Lee’s Comedy Vehicle) end with him red-faced, screaming at the audience.

One of the runnings themes of Carpet Remnant World—the special referenced above—is that he has completely run out of material. At another point he remarks: “People doing shows about themselves, how self-indulgent is that? I couldn’t do a show about myself it I wanted to, I don’t know who I am. Who am I? I don’t know.”

The backbone of our prospect work here at Baseball Prospectus is live looks. It’s unusual within the industry and has opened us up to haughty critiques that far pre-date my arrival here. But if we can’t do that part well, the whole enterprise falls apart. I have little interest in a weekly column that is just a series of 150-word scouting reports—as you may have gathered by now— but if I can’t do the 150 with some faculty, there is no point in you following me down whatever shambolic path I want to take across 1500.

But I’ve been wondering recently. What exactly is my job?

I’ve seen Matt Manning twice this year. One outing was rain-shortened. One was command/stuff-shortened. If I was a scout, I might be able to kick the can and ∅ him off either of the looks. I’m not a scout. Moreover, I am doing a very different job…I think? Now, if I had to submit him, it would be 4/Middle reliever. Because that is what I saw in aggregate.

Manning’s mechanics and slot changed a bit between looks. He was more OTT with a pronounced hitch/hesitation in the first look, closer to H3/4 with a smoother delivery in the second. These outings were about ten days apart. In both appearances he sat in the low-90s, touched 94 a few times. At its best, the fastball had good plane and some natural cut and was more than enough by itself to overwhelm short-season bats.

In both appearances he also dropped to 87-90 quickly. I chalked it up to the 30-minute rain delay in the first outing, but it happened again in the second—a warm evening with a pleasant light breeze. Manning was all the way down to 85 when he got yanked after about 60 pitches in the third inning. He struggled badly to repeat his delivery. His slot and release point both wandered. The mechanics changed pitch-to-pitch. He spiked fastballs. The ones that stayed off the dirt often missed badly to both sides. He couldn’t command his curve, a humpy, mid-70s downer that tended to ride high. There were two changeups…I think.

There’s projection left in his tall, lean frame. There have been better velocity reports in the past. He’s only 19. But I intone on these pages to write “what you see.”

I commiserated with a scout sometime ago over the difficulty of writing up short-season players. His philosophy was that scouting these levels is foremost to develop a base for what a player can do. There is no real point in killing a guy in the complex or the Northwest League. And some teams don’t even devote much coverage to the low minors unless they are looking for an upside play on a July 31st deal. I don’t have that luxury either. Manning was a high first-round pick, a projectable prep right-hander with athletic bloodlines. He pitches his home games 45 minutes from my house. I have to have a public take.

Jarrett Seidler and I talk about “representative looks” a lot. Sometimes you are going to see a prospect for a series and he just won’t stand out one way or the other. Recently I caught Brendan Rodgers for a series and he was just sorta there. Showed well at shortstop, so that was nice, but didn’t do much at the plate outside of a few singles. Now if I was doing full coverage on Hartford, I would have seen him for three more games and might have gotten a better feel. But that doesn’t always happen either.

And anyway, that’s not my job.

Other times, a good prospect will look bad when you pop in. They can’t all be Rafael Devers, almost hitting three balls out of the stadium across a two-game look. So I asked around a bit about Manning. I got better velo reports—though only a little better—but not dissimilar conclusions. However, my write-up won’t get hidden in some crosschecker’s firewalled Google Docs cache. It’s a missing line on someone’s prospect rankings on their Minor League and Winter Ball stats Baseball-reference page. A hole in perpetuity. My job is to convey to you, with whatever available information I gather, what we think a prospect is—and more importantly—what he will be…I think.

In Manning’s case the problem is he is scuffling in exactly the ways you’d worry about given the profile. He’s generally athletic, but struggles specifically to keep all the moving parts in his delivery under control. He was always going to be a project. If I was scouting him, I’d prefer him to be a Tigers project rather than my team’s.

More recently, I asked Jarrett to talk me out of a 5/4 grade for him come Detroit list time. There is nothing in it for me professionally.

I don’t remember the first time I got the question. It was very early on in my career. You get identified as the “not-working-for-a-team” guy. Some immediately see you as an interloper, a bit of cosplay, easy to ignore. For others it piques their curiosity.

“So, you want to work for a team someday?”

I can. I can do it really well actually. I’m really good at it.

I don’t trust anyone in these gigs that doesn’t occasionally suffer from Imposter Syndrome.

Readers even vaguely familiar with my work by now will have gathered that I am a big fan of John Darnielle’s band The Mountain Goats. Their most recent album, Goths, has been spinning in my car CD player for a few months now. As the resident list-making guy, I’d slot it in somewhere in the middle of their discography. It’s a solid album, nothing skippable, but only a few standout tracks. The closing track, “Abandoned Flesh,” has Darnielle stepping out from behind the curtain some. The rest of the LP tells mostly fictional stories of various characters from the 80s and 90s goth scene, one I was a bit too young for, but one that was clearly important to The Mountain Goats frontman—and bassist/co-conspirator Peter Hughes— growing up.

“Abandoned Flesh” on the other hand, namechecks Robert Smith, Richard Blade, and Siouxie and the Banshees before devoting two verses to an abridged Behind the Music tale of one-hit wonders Gene Loves Jezebel. It’s got a fun horn line, but otherwise sounds a bit trifling.

But it came on when I was driving back from the rain-shortened Manning start on a dark and foggy stretch of Route 2, and I think I really listened to the last bit of lyrics before the horn outro for the first time.

“But for the most part / However big that chorused bass may throb / You and me and all of us / Are gonna have to find a job / Because the world / Will never know or understand / The suffocated splendor / Of the once and future goth band.”

You need to be logged in to comment. Login or Subscribe
keithlrader
I don't have anything to say on top of - I really enjoyed this piece. Thank you.
Reply to keithlrader
bmmcmahon
I second what Keith said. I really enjoyed reading this. I learned some interesting things about both the player and the author. Thanks.
Reply to bmmcmahon
Clemente
I don't want to discourage whatever epiphany the author uncovered in the Mountain Goats' song, especially as it buoys him in churning out those 150-word summaries for us to absorb, but Gene Loves Jezebel is the apotheosis of one-hit wonders.
Reply to Clemente
heterodude
I enjoyed this glimpse into the process.
Reply to heterodude