Jeffrey Paternostro
P.J. Conlon, LHP, Binghamton Rumble Ponies (New York Mets)
Small lefty, leans back, stab down, uphill delivery with deception, H3/4 slot. Effort with head whack, but doesn’t impact command. 1.2 out of stretch. Fastball 85-88, s85-86, higher reports last year, and the weather was New England brisk, above-average command, spots to both sides, some run 4/4. CH 76-78 present plus, will throw to either side in any count, good sink, bat misser. 6/6. Showed two different breaking balls, a slider/cutter thing, which is a short breaker, but he can spot it and keeps it down in the zone. 3/4 Lollipop curve around 70. Showed one tighter one with 12-6 action, but doesn’t project much past show me. Any velo bump might make him a middle reliever with enough change to cross over, but tough to see getting much more out of these mechanics. Likely role 3, emergency starter/swing.

Rafael Devers, 3B, Portland Sea Dogs (Boston Red Sox)
Open stance, high hands, some noise, premium bat speed, can cover plus velo easily. Gets pull-happy, but will hit the ball where it’s pitched, doesn’t get cheated at all, hard contact to all fields. Can get in on him left-on-left, but didn’t try to do too much against southpaws. Approach is a work-in-progress generally. Thick lower half, but I think he can stick at third if the body cooperates, good instincts on the dirt, arm is strong and accurate, can make plays on the run. Only hiccups came with extra time to make transfer/throw, more reps should smooth that out. 4.2 to first when he sniffed an infield hit, bit of a jailbreak, but might be a legit 5 runner underway. Potential 6/7 offensive tools at third base. Monster prospect, OFP 7/Likely 6. Oh yeah, also put baseballs here: 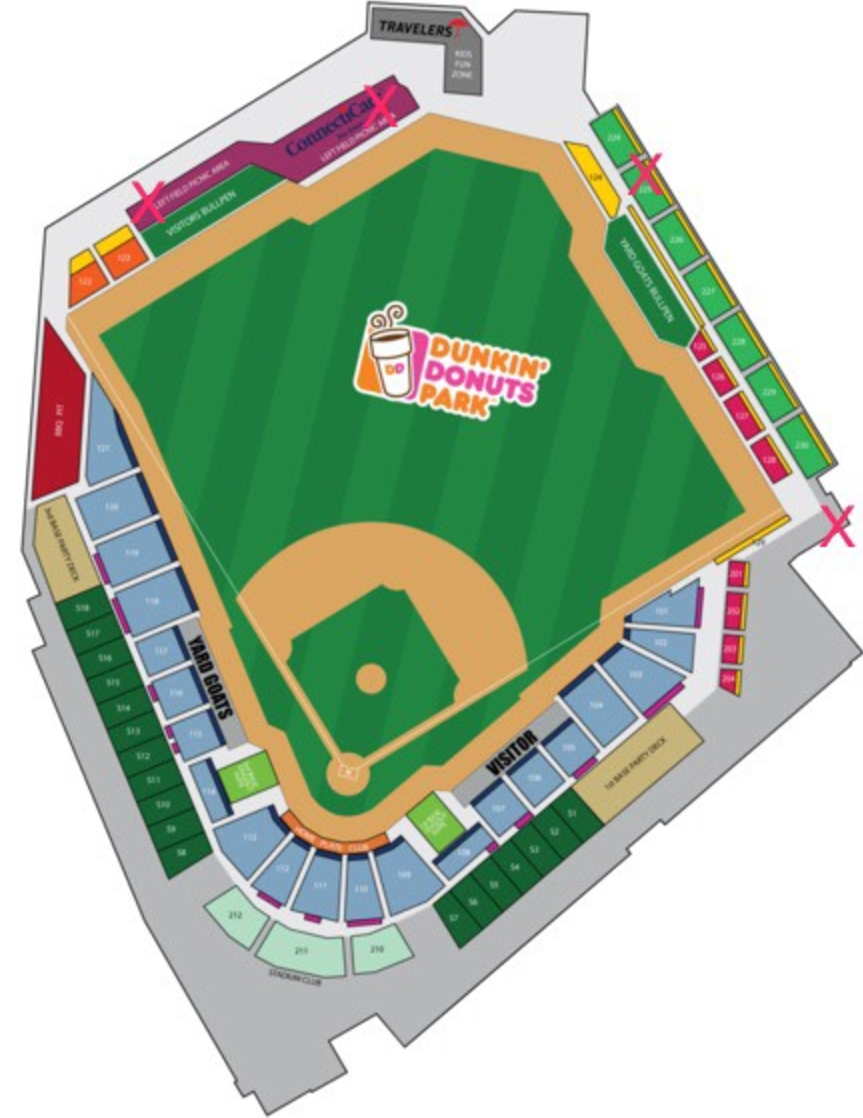 Nick Fanti, LHP, Lakewood Blue Claws (Philadelphia Phillies)
Lefty crossfire type, deceptive front side, grabs at the bottom sometimes, H3/4 slot. FB 86-89, touched 91 earlier in season, can manipulate the pitch, solid command. Will work it into righties with cut 4/4+, CT/SL 82-83, non-factor. CU 76-78, can get lazy, slurvy, but will show downer 1-7 against righties, 1-8 with a bit more glove-side run against lefties 4/5. Needs an arm-side offering, you’d think he’d be able to develop a change given his ability to manipulate what he has at present, but mechanics and repertoire suggest two-pitch matchup reliever is likely outcome. 3/LOOGy

Wilson Karaman
Zech Lemond, RHP, San Diego Padres (High-A Lake Elsinore)
Big-bodied right-hander, converted to relief in third tour of High-A; full-windup, moving parts through hand break, firm and balanced on the back side, quality posture, high, tight leg kick, pacing issues coming out of it; deep, long arm action to over-the-top slot; leverages height effectively to generate plane; above-average arm speed, arm will drag to slot, misses high and arm-side, mild violence at strike and though deceleration; FB 92-94 (t95), straight, lacks horizontal movement, shows some effectiveness up in the zone from high slot, pitch will hold plane, moderate swing-and-miss; SL 85-87, hard and tight, vertical action, flashes some bite, inconsistent finish, inconsistent command, righties tracked it; CH 84-87, split-line downer action, runs into the SL, velo and one-plane get too cozy, decent arm speed, salesmanship, moderate LH swing-and-miss; Lemond's velocity and slot make his fastball tough to find when he gets on top of it, and the change flashes as an above-average compliment to keep left-handed hitters honest. He's all north-south, however, with little in the way of effective spin to lure guys out of the zone. 40/30 potential in relief, which is an improvement over where he was this time last year.

Athletic, physically mature frame; starts from semi-windup, balanced delivery with three-quarters arm slot, stays tall, can get inconsistent with delivery, average arm speed , mild effort in delivery; FB was straight and heavy, nothing squared up by opposing team, sat 90-92, touched 93, threw exclusively FB first inning; Curveball sat 79-81, 12-6 shape with bite, inconsistent arm speed replication. There is potential for the fastball to play up in velocity and improvement on his breaking pitch. However, without the third offering, Smith's future is most likely that of a bullpen arm.

You need to be logged in to comment. Login or Subscribe
rsweeney
Please don't correct "bath path" in the Urena note. It is beautiful.
Reply to rsweeney
TheArtfulDodger
Sigh. That's on me. As you wish, it remains.
Reply to TheArtfulDodger
SansRig
Thanks for including Burnes here. His mechanics interest me a lot, but Iâ€™m still not sure what to make of them. Itâ€™s almost as if his version of â€œtorqueâ€ is just more vertical than rotational. Iâ€™m sure that Iâ€™m explaining this poorly, but Iâ€™m wondering if thatâ€™s what youâ€™re describing as â€œflying open.â€ The implication, I guess, is that if it is just an idiosyncrasy that he has, it might be something that he can repeat. Iâ€™m not trying to nitpick, and Iâ€™ve only seen him once this season, but I remember it being similar when I was watching him before the draft.

Thanks again, I really like his inclusion and write-up.

Reply to SansRig
sdsuphilip
At this point I'll be pleasantly surprised if smith is a MLB bullpen arm
Reply to sdsuphilip
BarryR
So let's see if I got this right: Urena is a slow, non-athletic thirdbaseman, without HR power, and average bat speed specializing in weak contact. Be still my heart.
Reply to BarryR
kringent
Yeah. He looked like a breakout candidate in March 2015 when Jeff Moore wrote the following: "Urena has gone from soft to svelte and even more raw power has followed, as he put on a show in batting practice, hitting a far-off shed and frightening maintenance workers."

And this: "Heâ€™s built to drive the baseball and attacks it as such. His body change should increases his chances at staying at third base, and while he might never be an above-average defender or have plus range, he has the hands and arm to remain there."

I'm not any closer to the situation than what I read in BP but it appears the Mets aggressively promoted Urena and wrecked his confidence in the process.
Reply to kringent